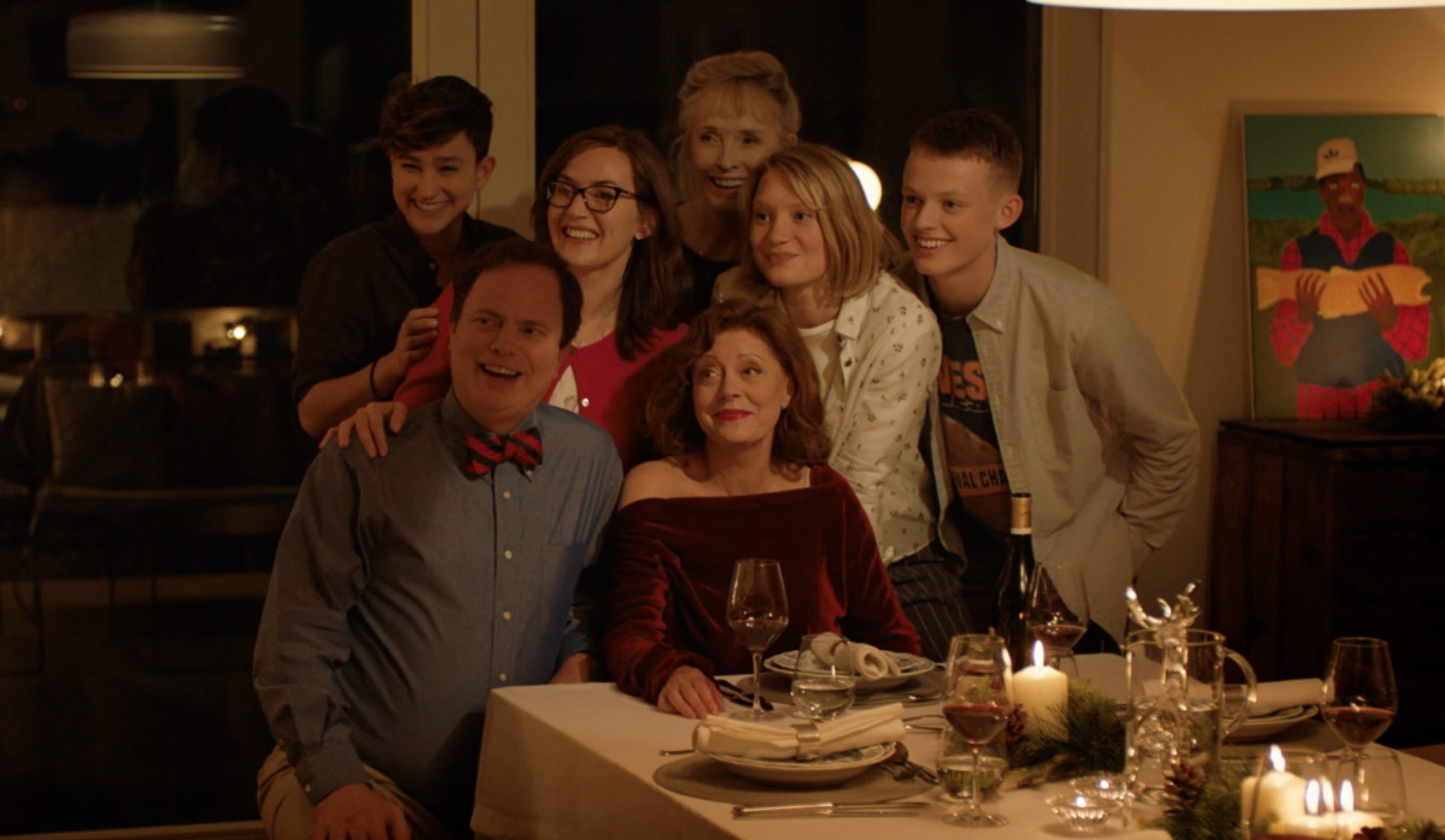 Roger Michell’s Blackbird takes place at a beach house, telling the story of a family getting together as one of its eldest prepares to ‘check out’. That is a particularly casual way to discuss a film in which a character contemplates suicide, which is reflective of Susan Sarandon’s mother figure Lily, who is taking the end of her life’s journey in the best possible stride she can. But while this film is about a person choosing to end their life on their own terms, that serves as more of a backdrop to the family’s dysfunction.

The get together illuminates the familial dysfunction on a regular basis. A common thread throughout the plot is the conflict between Lily’s two daughters; Kate Winslet plays the rather uptight and conservative older sister Jennifer to Mia Wasikowska’s Anna, the black sheep of the family who brings her on again off again girlfriend Chris (Bex Taylor-Klaus). We learn about Anna’s history with Chris early on, and the latter demonstrates significant resilience to upsetting moments, to a potentially unrealistic degree.

Other familiar faces include Sam Neill as Lily’s husband Paul, and Rainn Wilson as Jennifer’s husband Michael. Jennifer and Michael bring their son Jonathon (Anson Boon), who clearly doesn’t see much of a role model in his father. Lily’s best friend Liz (Lindsay Duncan) is also present, which adds some twists and turns to the plot. Have we kept up here? Understandable if not, but the film doesn’t aim for deep character development at any particular point, rather merry-go-rounding through the dynamics of the family and creating some commendably emotional moments. A dinner table scene in particular delivers the goods.

One of the more stand out reveals for me was Anna’s mental health problems, which ultimately unites her and Lily in a touching way, a suitable pay-off considering the various reactions the family members have to Lily’s decision. While the final reveal, concerning Liz, does seem to be a disservice to the film, given that it is a bit out there. It perhaps helps gives substance to her being there for an otherwise closed-off family occasion, but like with Chris’ resilience, it doesn’t quite feel realistic.

I commend a film that tackles a sensitive topic like end-of-life discussions and did enjoy the emotional journeys and laughs that it provides, but I suspect that fewer characters and greater depth would have served it well. A sensitive topic deserves that depth at least.

Never Look Away Review – Finding the Beauty in the Truth