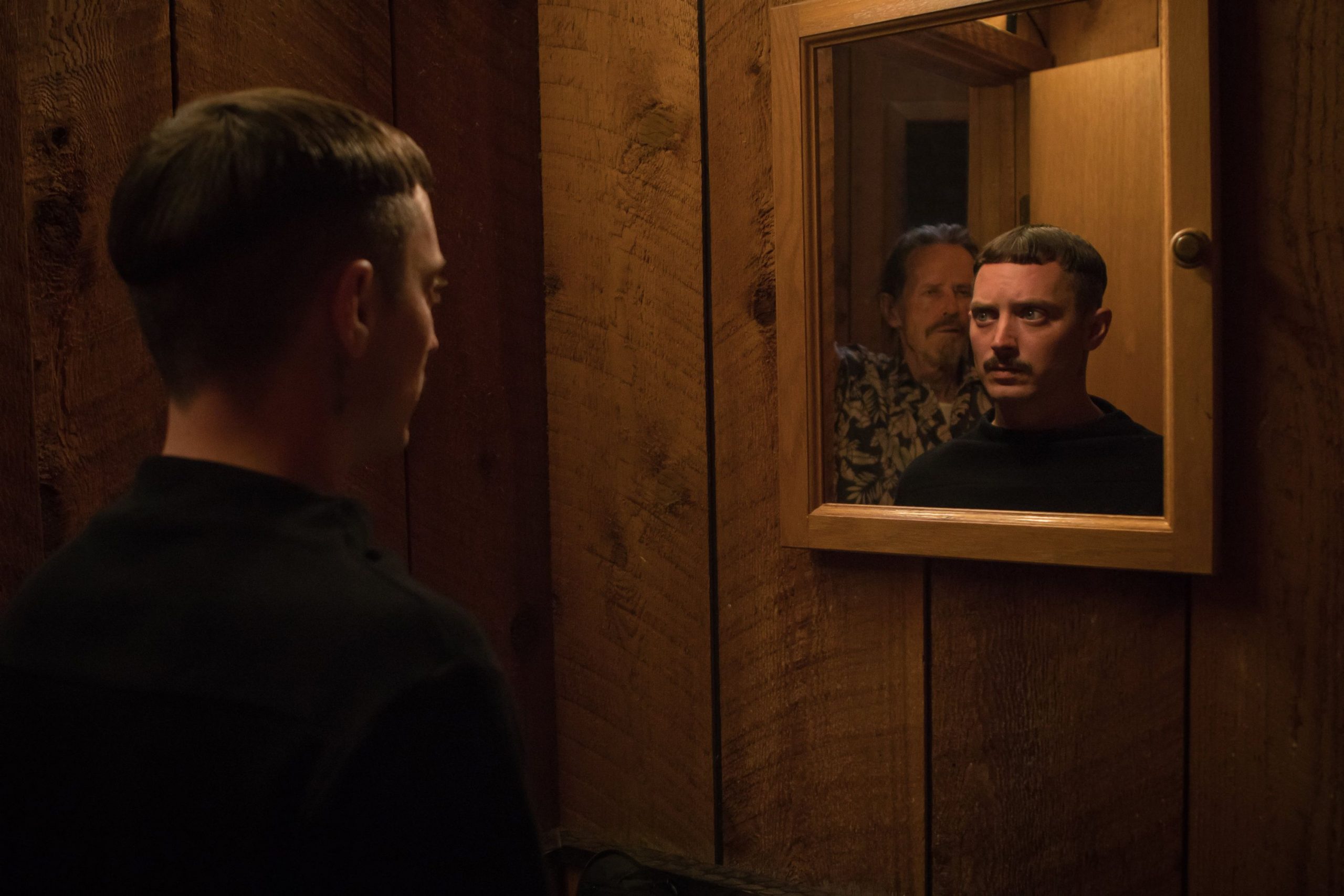 You ever watch a movie and think “what was that really supposed to be?” or “how am I supposed to feel?”. That was Come to Daddy for me, plain and simple.

I would say that going into a movie knowing absolutely nothing is the best thing one could do, and sure, having the twists and turns happen unspoilt made Come to Daddy interesting for the most part, but those surprises don’t seem to amount to much.

I’m at a crossroads with this review, as I could just talk vaguely about the movie and leave everything unspoilt for the potential benefit of you the viewer at seeing how everything plays out. However, I didn’t like Come to Daddy and spoiling it seems appropriate to specify my criticisms.

Yeah, let’s do that.

So, Come to Daddy is about Elijah Wood’s privileged and rather effeminate musician Norval. They are summoned to meet their estranged father who abandoned their mother and them at the age of 5. The man he meets is a drunken abuser who takes pleasure in bullying his son, then dies suddenly of a heart attack. Soon, Norval discovers that the man he thought was his father was an imposter and his father is locked up in the basement. From there it’s more twists about who Norval’s father really is, what his mother was like, who his parents have dealt with, and the twisted people who are around every corner.

Come to Daddy had me tight like a fist after the father identity twist, making this an interesting left-turn from a familial catch up to into a different, wilder genre, but the movie has no idea what to do after that, resorting to gross nonsense that bombards you for the remaining hour until it all ends on an attempted note of remorse and sympathy. By that point you’ve already seen someone’s groin mutilated til they die, a sex worker who headlocks people for a living, a lengthy joke about horny geologists, and a scene of someone walking around cognitively whilst having a quarter of their skull and brain removed.

Compare all this violence and underlying themes of sympathy and trauma with a true masterpiece of balancing such tones and ideas: You Were Never Really Here. Come to Daddy thinks that its strange side-characters and sudden violence is somehow funny and will therefore make things move quick and to-the-point like a tongue-in-cheek exploitation movie, but then stops itself for contemplation. You Were Never Really Here was never funny and took its possible exploitation roots and subverted all expectations, maintaining a dark and raw tone which in turn makes the contemplative moments hit harder as needed pauses after so much cynicism and bleakness.

Elijah Wood still gives us another fascinating performance, adding to a storied post-Lord of the Rings career made of incredibly unique and darkly challenging roles, with the remake of Maniac and the darkly comic Netflix film, I Don’t Feel at Home in This World Anymore. While I struggled to care for his or any of the other characters, I was always captivated by Wood’s own talents that shone through in such a strange and messy movie. Come to Daddy might satisfy those familiar with the exploitation genre or enjoy a some wild subverting, but don’t think that you’ll find much clear substance underneath the grime and gunk.

Writer: Toby Harvard (based on an idea by Ant Timpson)