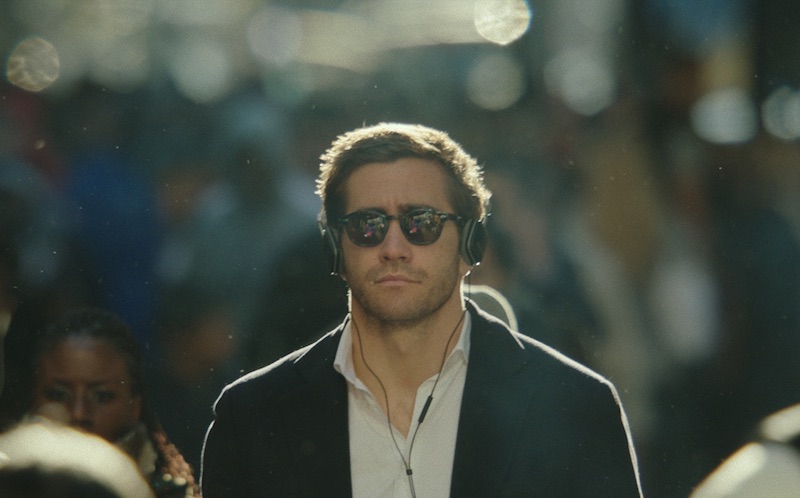 Welcome to Man Child: The Movie.

Demolition is the latest film from Jean-Marc Vallèe – you may know him as the director who helped add an Oscar to Matthew McConaughey and Jared Leto’s bathroom shelves with Dallas Buyer’s Club. Here he teams up with Oscar nominee Jake Gyllenhaal as Davis – a man who lost his wife in a car crash and just isn’t really feeling it. Not that he was ever really feeling ‘it’ as he’s been pretty vacant within his whole marriage, and possibly his whole life. Joining him in this soulless endeavour is Oscar nominee Naomi Watts and Oscar winner Chris Cooper.

First of all, let me give a little context for my viewing of this film. On my way to the theatre I listened to a podcast about a man who rescued up to 1000 dogs from death at a dog meat festival in China. As Demolition was the opening film for the 2016 Revelation Film Festival, there was the traditional Welcome to the Country opening of the festival as an Aboriginal elder (in this case, an almost elder) welcomed the audience to the traditional land of the Whadjak Noongar people. He talked about how the land was your mother, how your mother brought you into this world and the land, your mother and yourself have stories to tell. How you, as a person, relate to the world around you. It was a great Welcome to Country speech and one that resonated profoundly with me. Then the film started.

And I’m just not sure what the purpose of this film is. As soon as it ended, my first feeling was that this was Jean-Marc Vallèe’s Fight Club – a takedown of the modern white man and his detachment to society and the family around him, especially the one person right in front of him, his wife, the one person he should be closest to. But then I realised that Vallèe has directed most of this film with the same dead seriousness and admiration for his vapid central characters as he did Dallas Buyers Club and Wild. Admittedly, I’m not the biggest fans of those films, but they look like Citizen Kane when compared to Demolition.

One of the greater ‘themes’ within Demolition is that everything is a metaphor. As dictated through a somnambulistic narration by Davis, we’re told all about how empty his life is – rather, how detached from everything he is. He wishes he could mourn the death of his wife, yet he simply can’t because of reasons. I’m sure that in some way he may be sociopathic, but I feel that could be reading too much into the vague tea leaves Vallèe presents on screen.

Then there’s Davis dead wife Julia and the women who circulate his vacuous existence – they are so supremely superfluous to the plot of the film that they’re one step away from being ‘magical female characters’ in the same way that Earl in Me and Earl and the Dying Girl only exists to further legitimatise and reaffirm the central characters existence and actions. They simply provide another plot point for Davis to reach. Naomi Watts is a greatly talented actress, but her character of Karen is a bizarre empty space of a person.

After Davis’ wife dies, he tries to buy a pack of M&M’s from a vending machine and after the pack gets stuck he takes it on himself to write the company a letter. And then another. And another. Watts plays the poor soul who has to receive and action these letters. Never since the insipid letters within Atonement has the art of handwritten letters been so poorly represented on screen. After receiving these letters Karen becomes smitten with him. It’s almost as if the manic pixie girl has grown up and had a kid (who of course is confused with his sexuality) and exists simply to further provide a reason for Davis’ existence. Karen is nothing but a service to the men in her life – her boss who doubles as her somewhat possessive boyfriend, Davis who she forges a flimsy bond with, and her son who dictates when he goes to school, and is, of course, a genius rebel who disgruntles his teachers with ‘the truth’.

Karen has her quirks that feel like they have been mistaken for character building – oooh, she calls marijuana cannabis, how edgy – yet at least they’re something compared to the empty vessel that is Davis’ dead wife, Julia. In the short moments before she’s crashed away into oblivion she is simply a mewling nag; in death she is brought to life by her father, Phil (Chris Cooper), who tries to create a legacy for Julia so she is remembered as more than being the wife of a man who has amounted to nothing. Cooper is the only person within Demolition who manages to create a genuine character – someone who wants Julia to be a person to be remembered – and it’s his performance that shows what the film was intended to be.

It’s then ironic that Davis is the character who Vallèe wants us to remember and sympathise with. There are moments within Demolition that err on the side of satire – a dance sequence to rival Tobey Maguire’s grooving in Spider-Man 3 for example – and it’s here that the film almost comes to life. Yet, it doesn’t ever manage to do so thanks to Vallèe’s basic uninspired direction. Any satirical elements feel more like an accident than an actual tone that he was aiming for – a rapid takedown of the modern male. This ‘pillar’ of society is such a ripe character for satirising, and Gyllenhaal does have the ability to bring the comedy to life, however the film instead leans heavily into sympathising with the white male and his man child plight of not being able to feel anything because, you know, life man.

At a time where #BlackLivesMatter trends on social media more than it should, and when #OscarsSoWhite helps create change within the very industry this film is made in, Demolition feels like a relic from another era. One could admire Vallèe’s audacity to want the audience to sympathise with a man who gleefully destroys his house just to feel something, yet in an age where the homeless situation in America is at epic proportions, it’s hard to ever get on board with a character like Davis. Jake Gyllenhaal’s Davis is celebrated for his inefficiencies as a man rather than criticised like Reitman does with Mavis Gary in the great Young Adult.

Vallèe fully embraces the fabled animal that is the man child with one of the most gloriously over the top scenes of the year – the running of the man child. As the film reaches its climax, Davis strolls along the boulevard of childhood dreams – Coney Island – and sees a group of children run by. With the look of wonder and realisation that his herd has passed him by, Davis runs along to catch up to them, finally closing the man child loop that the film embarked on its path towards. I couldn’t help but laugh during this climactic moment, especially given the wanderlust seriousness that Vallèe presents this scene.

Yet, while I laughed, a person down the row of the theatre I was in sobbed. This is why I mention what I experienced prior to watching Demolition. As humans, we gather memories throughout our days and this is what builds us as unique individuals. Try as we might, these memories inform the films we watch, the books we read, the music we listen to. They help us relate to characters and stories and build a relationship with what we’re experiencing, and if what we’re experiencing is strong enough, then it too will create new memories. For the person down the aisle from me, their life experiences positively informed their experience, allowing the film to have the intended result that Vallèe was aiming for. A great director can break through our life experiences and create a film that works by itself, allowing the viewer to see the film on the directors terms alone. Unfortunately for me, I feel that Vallèe is not a director who is able to do this – instead relying solely on presenting the film as bare bones, simply a series of events and character actions with context provided by that insipid internal monologue from Davis and co which is provided a soundtrack that feels manipulative.

So, with that in mind, Man Child the movie did not resonate with me on any level, but that does not mean that it won’t resonate with you. However, with that in mind, may I strongly recommend watching the infinitely better Australian film Burning Man instead where the plight of the white man (this time a chef!) is portrayed in a career best performance by Matthew Goode; or alternatively, if that seems a little too dark, then give the story of the similarly juvenile Mavis in the great Young Adult.