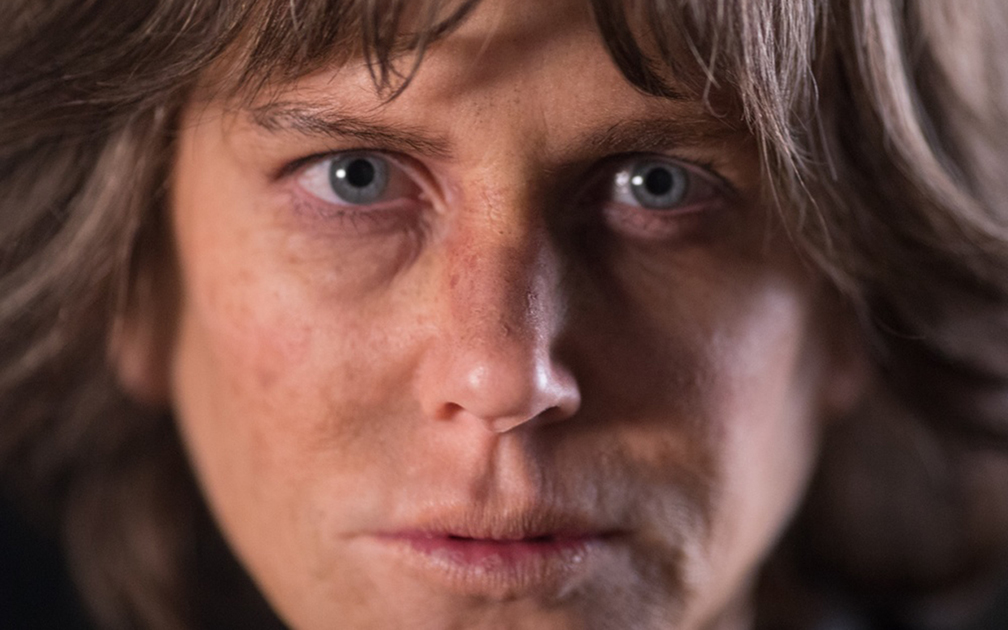 Destroyer is a punch in the gut, every day, for decades. It’s a bruise conjuring force of anguish and aggression that works like a soldering iron on an open wound, cauterising trauma that will never heal, only causing more trauma. Directed by Karyn Kusama, written by Kusama’s frequent collaborators Phil Hay and Matt Manfredi, Destroyer encompasses the home of Nicole Kidman’s finest performance.

Erin Bell (Kidman) is a detective who stumbles onto an already cordoned off crime scene, recognising a tattoo on the body that suggests that the criminal she once investigated undercover is back in action. Said criminal, Silas (Toby Kebbell), is an overpowering beast who controls a small group of drug addled thugs, letting them off the leash every so often so they can relinquish a bank of their customers money via brute force. As Destroyer flashes between present day and earlier in Erin’s life when she was a young detective, fresh to the scene, we glimpse the way her life has unfolded within the cruel hands of trauma and PTSD.

As a young detective, Erin is enlisted with her partner Chris (a never better Sebastian Stan) to infiltrate Silas’ crime operation. The Erin of the past is youthful, observant, and possibly a little too enamoured by the idea of the life that takings of Silas’ crimes may offer her and Chris. The Erin of the present has been worn down by the life she was born into, as well as the actions of her past. Any superlative I throw at Nicole Kidman’s performance here is not enough – she delivers a career defining performance of pure intensity that shows her inhibiting decades of lived in trauma in a startlingly real way. Kidman has continually pushed herself into new, challenging areas with the characters she portrays, amplifying her skills as an actor in every way possible.

Julie Kirkwood’s cinematography finds a new way to expose the elements of Los Angeles. Kusama and Kirkwood show the cracked asphalt streets of downtown LA in all its desolate glory. What nature exists in between the roads and houses is desperate and thirsty, the ground yearning for some kind of relief. It’s truly masterful how Kusama has managed to manoeuvre the world that Erin exists in to reflect her inner self. The sun drenched housing of LA looks exhausted, giving the impression that it has simply had enough and cannot take any more.

The score by Theodore Shapiro is quite simply one of the finest I’ve heard in a film in a long time. At once, it is tender and understanding of the pain that Erin lives with, and yet, when the tension gradually amplifies, Shapiro’s score reflects this with ease. It quietly immerses you into Erin’s world, slowly washing over you like an unexpected high tide that leaves you gasping for air.

The makeup by Carey Ayres and Bill Corso needs to be applauded as well, as they manage to transform Nicole Kidman into a much younger version of herself, and then transform that youthful vibrancy into an internally tortured soul. The dark welts under Erin’s eyes suggest that she is someone who has no idea of the concept of sleep and rest. The presence of the same tired marks under her daughters eyes show how insidious the nature of residual trauma is. Erin’s relationship with Shelby (a superb Jade Pettyjohn) is expectedly fractured, with Erin having long lost any chance of reconciliation or meaningful bond with her daughter. Instead, there is a core reliance on father Ethan (Scoot McNairy once again proving he’s one of the finest unsung talents working today) to help guide Shelby through a broken life.

The supporting cast is truly exemplary, with searing performances from all involved. Tatiana Maslany is unrecognisable as Petra – a drug addled wannabe-mastermind. Bradley Whitford echoes his unsettling performance in Get Out here as a wealthy businessman who leers over Los Angeles in his mansion. James Jordan has one particularly unsettling scene as a dying diabetic that pushes both himself and Nicole Kidman to their limits. Toby Huss makes an always welcome appearance as well, making for a minor Halt and Catch Fire reunion with Scoot McNairy. And, once again, Toby Kebbell delivers a performance that ideally should launch his career even further into the realm of ‘must cast talent’.

The Set Review – Important, Invaluable, but Not Good

Kidman’s continual effort to work with interesting women directors is once again shown to be a great decision, as her collaboration with Karyn Kusama has both talents creating work at the peak of their craft. While the discussion in 2018 deservedly revolved around the work of Debra Granik (Leave No Trace), Marielle Heller (Can You Ever Forgive Me?), Lynne Ramsay (You Were Never Really Here), and Chloe Zhao (The Rider), Kusama’s name is one that was disturbingly absent from the conversation. This is not to suggest that Granik, Heller, Ramsay or Zhao didn’t deliver exemplary films (all four featured on my Top Films of 2018 list), but merely that Kusama’s work with Destroyer deserved to be in the conversation. For my money, Destroyer is one of the finest films of the year (2018 or 2019, depending on your location), and alongside those films, deserves every accolade that it received, and definitely warranted many more.

Destroyer is a masterwork. When paired with You Were Never Really Here, Destroyer becomes a powerful assessment of mental illness and the effects of trauma on a life. It is brutal, uncompromising, and devastating to sit with. To call this essential viewing is not enough.