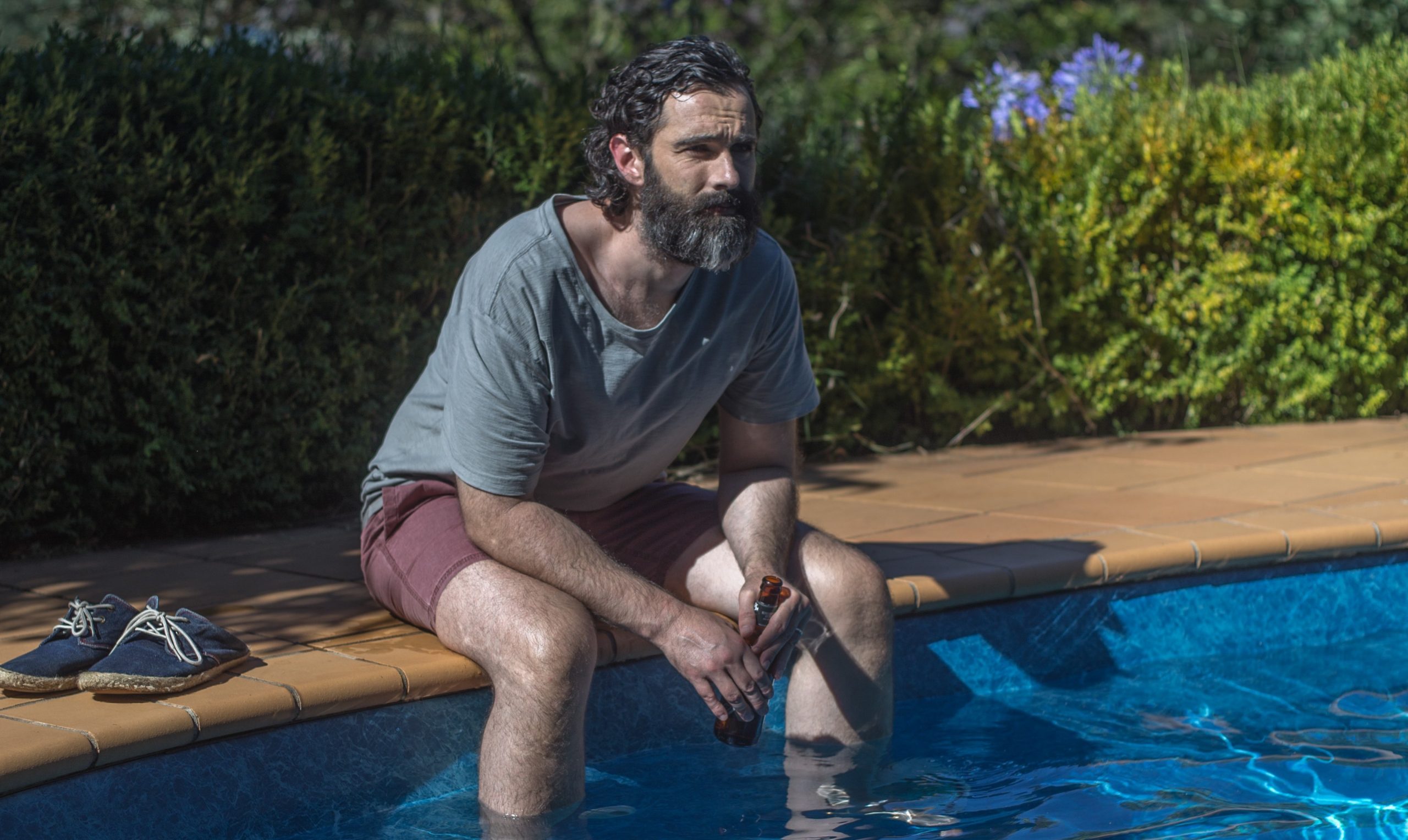 
Writer/director Michael Bentham’s first film Disclosure centres around two couples who come together to deal with the repercussions of a possible sexual assault committed by the son of one of the couples upon the daughter of the other. Bentham has chosen to limit the narrative to the interaction between the couples as they try to decide how to best deal with the situation before any external official agencies get involved.

Bek (Geraldine Hakewill) and Joel Chalmers (Tom Wren) are a well-heeled local couple living in a semi-rural community outside of Melbourne. Joel is a politician looking for re-election and it is his nine-year-old son, Ethan, who has been accused by four-year-old Natasha of assault. Natasha’s parents Emily (Matilda Ridgeway) and Danny Bowman (Mark Leonard Winter) are a less conservative couple who have moved from the city to the small community. Emily is a documentary filmmaker and Danny a journalist. Danny and Joel have a working relationship based on a book Danny is writing about Afghanistan aided by Joel’s experiences in the region.

When the Chalmers turn up unannounced at the Bowmans’ home to attempt to convince the Bowmans not to go any further with Natasha’s allegations a power struggle between the couples ensues. Joel has a lot to lose in terms of political clout if it gets out that his son is responsible for the assault on Natasha. Bek, having been the victim of grooming and sexual assault by her step-brother refuses to conscience that her son could possibly have hurt Natasha and is adamant that the event is something that Natasha imagined.

Emily and Danny believe their daughter and are steadfast in trying to find a way to help the children recover from the incident – whether that be via therapy or other means. Neither couple can back down from their position and Bentham creates a palpable drama between the four as they go back and forth over whether the Bowmans will be willing to excise the names of Ethan and his brother from Natasha’s disclosure.

Shot mainly in one location, the Bowman home, and essentially only featuring the two couples (and a security guard detailed to watch over Joel) the film relies on dialogue and performance to carry it through the run-time. Bentham’s script is tightly wrought and gives the four leads adequate space to set the dramatic tension. Conversations which turn to threats and finally screaming matches and physical altercation do not stretch credibility when the core subject matter is so weighty. Matching Bentham’s writing are the honest and rarely melodramatic performances of the four leads. Matilda Ridgeway and Geraldine Hakewill are terrific as they become increasingly aggressive with each other and strip the veneer of civility away. Tom Wren and Mark Leonard Winter are less commanding but when required, Wren especially, manage to turn their avuncular performances into something colder and more threatening.

Disclosure isn’t a simple film – there are no resolutions to be found in the work, only a profound sense that the situation is impossible for all involved. Michael Bentham’s debut heralds an emerging voice in Australian cinema as he presents his complex drama without falling into the pitfall of melodrama which is a balancing act that has to be admired.