How would you react in a deadly emergency?

Would you risk life and limb to assist others in the face of oncoming calamity? Or perhaps you pray to a higher being while seizing the opportunity to hold on to your loved ones for one last time?

Or…do you run away and save yourself?

In this short, momentary trinket of time, how do you determine what to do? Is there a right and wrong decision when it comes to life and death? And should you survive, could you live with yourself having made the wrong decision?

It’s unsurprising that surviving a “deadly” event would cause some form of life evaluation. In the case of the Staunton family, it is not the type of reassessment you think.

While on a ski trip in Austria, father Peter Staunton (Will Ferrell) becomes ostracised by his family – including wife Billie (Julia Louis-Dreyfus) and their sons Finn (Julian Grey) and Emerson (Ammon Jacob) – following his decision to run away, effectively abandoning his family who huddle together in what they believe to be their final moments, as a giant avalanche comes hurtling towards them.

Pete’s ‘selfish’ actions ponder deep contemplation from his family, who survive what turns out to be a precautionary safety measure managed by the ski-lodge. The affable chap with a penchant for excitement, now looked at by his family with scornful resentment.

Loss, death and forgiveness play as major themes in Downhill, with both Pete and Billie

tackling these confronting themes head-on – though with differing attitudes. The manner whereby Downhill explores the couples complexity is both subtle, yet hard-hitting. The filmmakers responsible capture this mood of despondency through bleak visuals, going from picturesque alpine landscapes to muted bedroom views, and an offbeat choral score that hums throughout the film.

While Faxon and Rash are observant with their direction, it remains challenging to shower them with praise given the derivative, almost rehashed, nature of the film. That said, there still remains a level of authenticity found in Faxon and Rash’s script, with the Academy Award winners (The Descendants) crafting dialogue that creates thought-out human characters with human emotions.

The subject of Billie and Pete’s marital-strife intensifies upon closer inspection of their deep-seated animosity towards one another. Pete’s desire for spontaneity, as recited in his motto ‘every day is all that we have’, conflicts with Billies need for order. Billie’s flagrant ‘her way or the highway’ disregard for Pete’s desires verges on damaging, with the embodiment of her frustration resulting in a stream of ugly barbs directed at Pete.

How the film challenges gender roles, much like its predecessor, Force Majeure, begs considered thought and assessment from the viewer. Pete, whose rejection of traditionally ‘masculine’ traits turns his perception of himself upside down, is contrasted against Billie’s no-nonsense, not to be disrespected, astuteness. The rise of this occurring post-avalanche, with Pete ashamedly receding into an empty shell once their relationship starts to feel like an obligation.

The unusual behaviours become all the more contrasted against the European setting, with Faxon and Rash wasting no time to compare American modesty with the liberated antics of European culture. Miranda Otto’s nonchalant and forthcoming (European in all senses) front desk staff member delivers many of the film’s biggest chuckles; opening the eyes of the Staunton’s to living out their desires.

Spider-Man and the Map of Markers – Playstation 4 Review

Louis-Dreyfus proves yet again she is one of the best actors working today. The manner whereby she inhibits characters, realizing them into complex individuals with their own desires, is second to none, with Downhill being yet another demonstration of her acting prowess.

While Ferrell’s casting of the jolly screw-up makes sense of paper, the on-screen performances, unfortunately, become bogged under a heavy blanket of snow. Ferrell is giving little more but a frowl, with the celebrated funnyman set aside to wallow in self-doubt for ninety minutes.

To forgive and forget is incredibly difficult, but to truly forgive a loved one following an act of abandonment is next to impossible. Finding its bumpy stride late into the movie, Downhill offers an occasionally raw, though occasionally bland, relationship-comedy that will suit anybody not wanting to watch a film with subtitles. 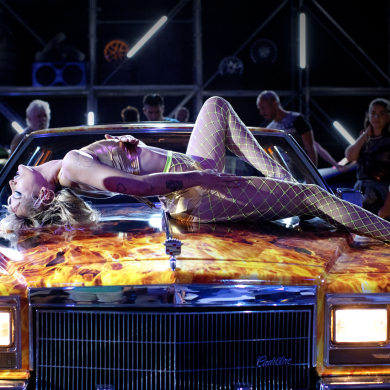