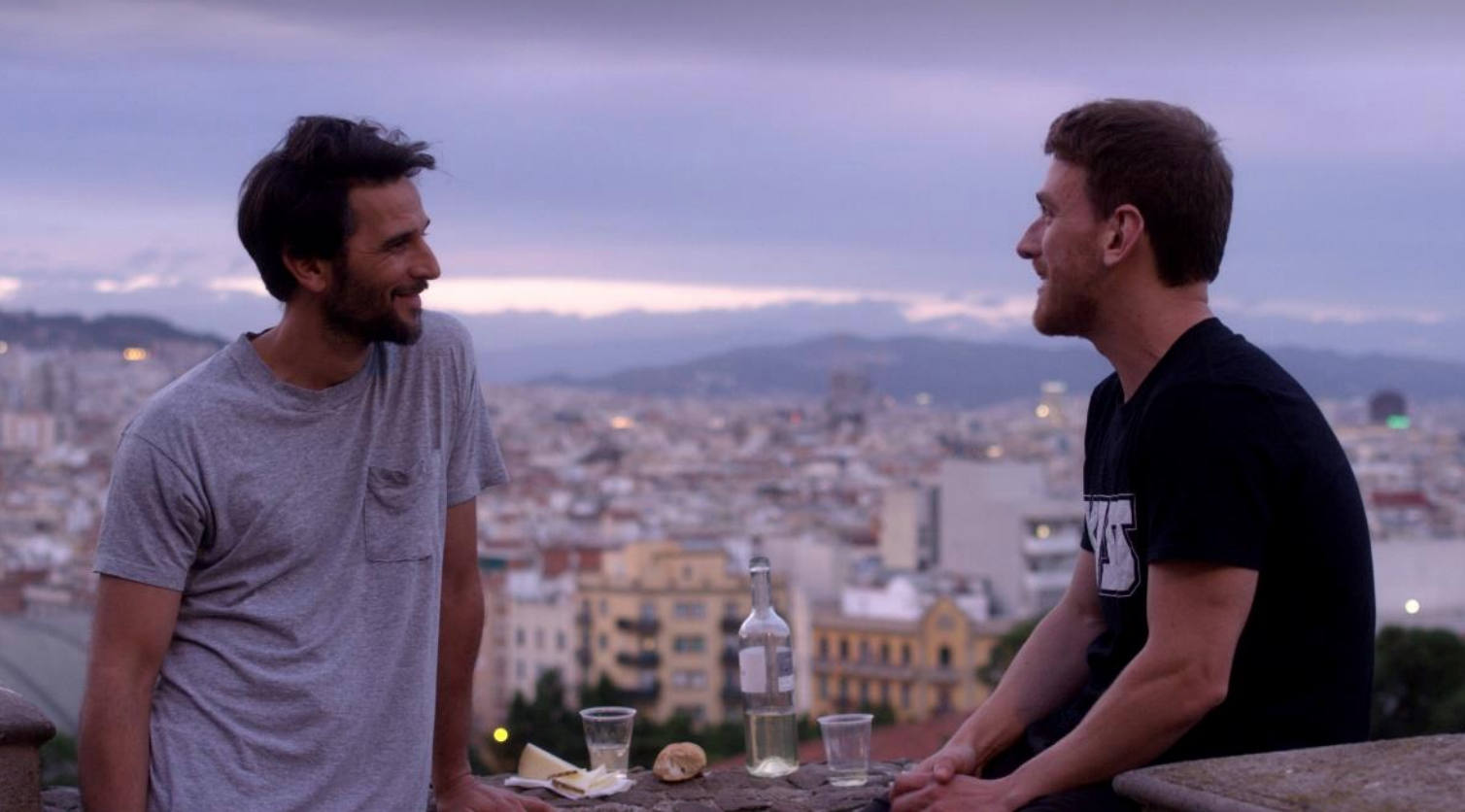 A bittersweet film, End of the Century tells of a reunion and the attempt to find the middle ground between romantic possibility and our limited reality. Sometimes, the people we think are strangers are ones we’ve already had a history of, never knowing that we might meet again. Set in Spain, the scenery will leave you resenting the Covid cursed state of the world even more as it fills one with the desire to travel and have their own tale of heartache in the haze of Spanish sunset.

At it’s best, End of the Century is a considered examination of fleeting gay romance. Whether it be circumstantial or app related, a momentary spark of hope and passion that’s often never to be experienced again. The meandering nature of the script sometimes means it finds itself stepping into territory we’ve seen before, while other times it crosses a line to becoming a little whimsical. With conversations largely being what drives the story, the audience will undoubtedly find themselves asking questions in response. The one I found myself asking was can a love really be all that lost if it was forgotten in the first place?

Juan Barberini plays Ocho, our melancholic lead. He’s a man lost and lacking direction. As the viewer, we spend a lot of time walking with him as he takes us on a story from his present, his past, and all that he wonders. One can’t help but question just how reliable his narration is by the end of it. Yes, the contents of the fridge is a sure way to know, but the boy next door seems all too easy. His habit of staring out at the world from his balcony sums up the little character he has all too well. Ramon Pujol acts opposite as Javi- the long lost love interest. He ticks all the boxes of the most cliché of gay media romance: a forbidden first hook up, “str8”, conventionally attractive. Bland isn’t the right word, but the fact it was a potential word to use is telling.

Sure, the duo don’t exactly exist as strong individual characters in their own right. They’re light on personality, and yes, that’s a more thoughtful way of expressing that they’re hollow characters. But, why isn’t this more to the films detriment than it actually is? They’re simply good looking characters who exchange some insightful dialogue. Perhaps their superficiality works as they’re easily positioned to be vessels of the gay experience- ripe for viewers projection.

The peak of the film comes with a fun little scene of the guys dancing about an apartment drunk and smoking, soundtracked by Flock of Seagulls’ Space Age Love Song. It’s yet another example of just how well scenes soundtracked by 80’s synth pop work in gay cinema. After a long day of art galleries explored and thoughts shared, it’s a scene where these characters are finally allowed to be free of inhibition. The tension they’ve built reaches this point of intimacy and they finally act on the feelings that have been fizzing away. Lucio Castro’s direction guides this scene so authentically that it leaves the viewer feeling those very same butterflies. The first kisses exchanged are playful and sweet, and while it’s quick to get raunchy, it’s even quicker to meet a cut. It cuts to Javi waking up on the couch confused, and no doubt hung over. It captures the feeling of bewilderment when you wake after a drunken romp so sincerely. It happened.

While it’s appreciated Lucio Castro doesn’t play coy when it comes to the intimate scenes, it can’t be denied they come at the audience a tad aggressive, especially in the context of the films tenderness. It can be sensitive grounds to discuss the explicitness of the gay sex scenes in films when so often sex between two men is hidden and avoided, mostly due to a directors trepidation of making a heterosexual audience uncomfortable. So, I speak of this not wanting the scenes to be censored but instead wondering if a little restraint and softness would’ve made them feel less of an exhibition. They’re heavy handed, but no doubt to the delight of a specific audience.[1]

Ultimately the film will leave you wanting more, and maybe that’s to the credit of the director for at the end of the day, that’s just the same feeling Ocho is left with. We all want more of what could possibly be, and just as some might’ve been, never were romances, this film too could’ve been so much more than it is. But it’s not, it exists as a pretty and satisfying film that is suited for taking up 90 minutes of your Sunday afternoon.

[1] See this piece from director Xavier Dolan for further reading.