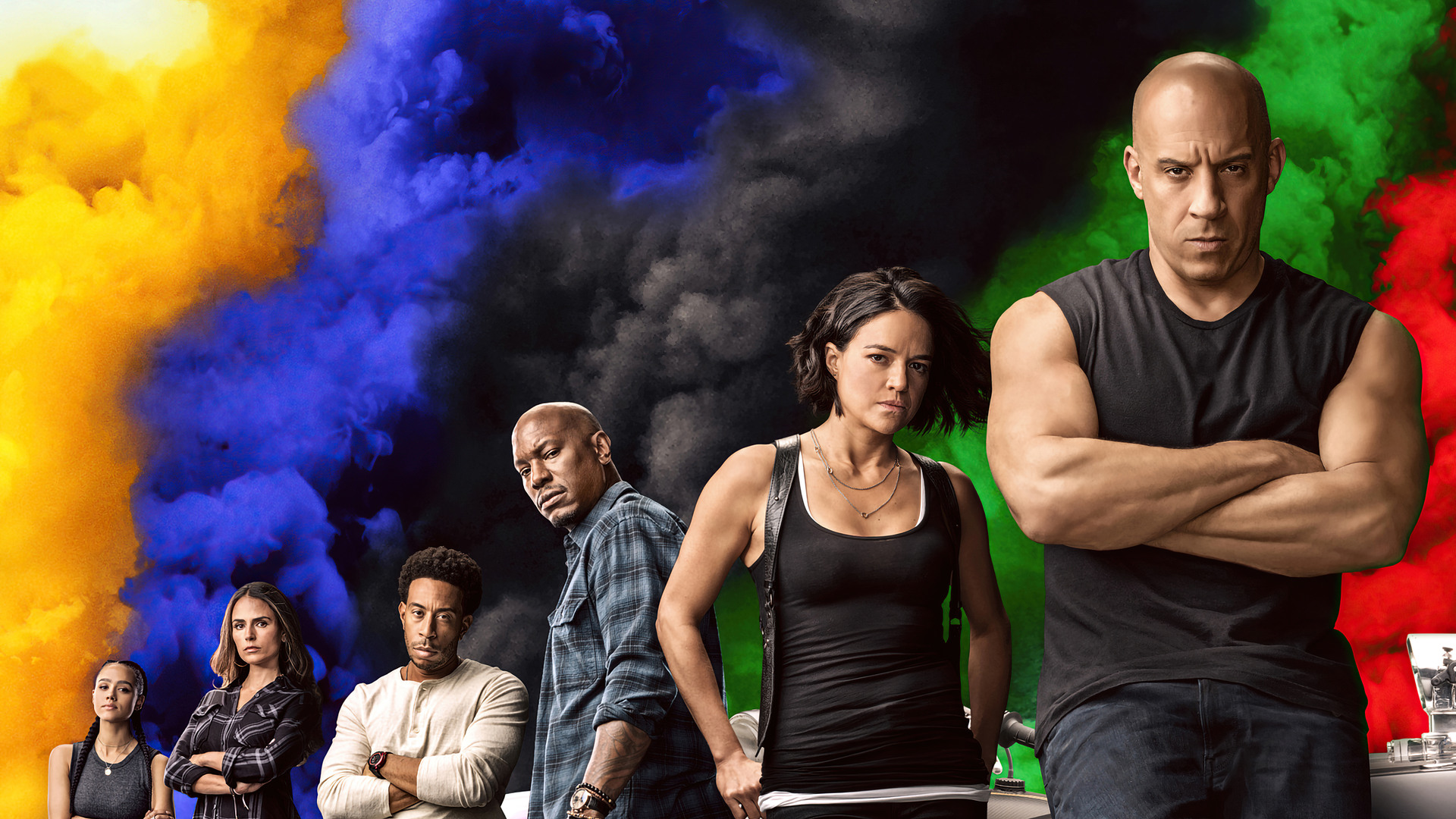 
Intense stares, repetitious talks about the importance of family, and celebratory Corona’s are as much of a hallmark in Fast & Furious films as the car chases themselves.

Directed by Justin Lin (who also co-wrote with Daniel Casey), Fast and Furious 9 continues to ride the ridiculous train only to be let down by its own propagation of family values and so-so action.

We learn early on in Fast & Furious 9 that new-dad Dom (a singlet clad and stone-faced Vin Diesel) has a secret; a Herculean-like brother named Jakob (John Cena, a welcomed addition to the series) who he had disowned in his youth following operatic tragedy. It is a score Jakob wishes to settle now several decades later, with flashbacks offering insight into their complicated past (also some welcomed nostalgia for FATF [Fast and the Furious] fans). Sure, the Fast family – Michelle Rodriguez, Tyrese Gibson, Jordana Brewster, to name a few – have faced physical and intellectual threats before, but never…wait for it…family. (Assuming you don’t include Shaw, which the film – alongside Hobbs – doesn’t!).

Returning from the shadows and now employed as an assassin for returning villain Cipher (criminally underutilised menace and Fast and the Furiosa herself, Charlize Theron), Jakob exacts a mission to retrieve a mysterious artifact (a MacGuffin if you must) with catastrophic power. He possesses many of Dom’s characteristics; physically imposing, dead-eyed, and adept driving skills that feel like ‘Black Betty’ should be played in the background every time he takes the wheel.

In terms of cinematic brothers, Dom and Jakob are no Scar and Mufasa with regards to juicy rivalry. They bear no physical resemblance, with Fast & Furious 9 addressing this through conveniently placed knowledge bombs that form part of the dialogue. This idea of being made-up on the fly encompasses much of the film’s plotting, particularly with the decision to lift characters from the dead (Sung Kang making a return as Han) and through the application of car bonnets serving as a substitute for mattresses in order for characters to survive bone-crushing falls (something that happens all too regularly in Fast & Furious 9).

Cena, following the similar career trajectory of Dwayne Johnson, has built a career out of being statuesque. He knows how to draw attention by sheer presence, a trait that granted him great success in the wrestling game. On paper, Cena is a great fit for this world, and he succeeds in large part at being an intimidating adversary for the Fast Fam. It is a shame that Fast 9 does him dirty with respect to flattening the energy of fight scenes (which if you believe the rumoured details of Diesel’s contractual clauses, you can understand why).

The fastest thing in Fast & Furious 9 is not a vehicle, but how human stories are rushed over (a mere glance in the case of Helen Mirren). While human elements fall to the wayside in favour of action (a side-effect of the series international success), their chalkiness becomes more apparent due to the film’s inability to rise to the same level of bombast seen in recent editions (no matter how heart-pounding the film’s trap soundtrack tells you otherwise). For a film whose main enjoyment comes from upping the action ante, Fast 9 stalls upon throttle.

Taking on the reigns of the joker (left by Hobbs and Shaw who are off galavanting in their own homage to ‘80s actioners), Tyrese and other supporting characters work overtime to bring the laughs; cracking wise at the nature of the team’s invincibility. The gaffes largely fall at the expense of Tyrese’s cheek, but unfortunately, the chuckle barometer doesn’t move past a teeter. There is a charm missing from the series that is unfortunately not replicated in Fast & Furious 9. As for the women of the film, they play an active role, though an air of sexism still lingers in their objectification.

There is a level of high-octane spectacle to Fast films that make them very enjoyable. FATF fans flock to ridiculousness like they do an ice-cold Corona on a summer’s day; a feat that makes reviews by dramatic standards entirely redundant. Now nine entries in, we are fast on the receiving end of a film that functions entirely without humans (aside from some headshots of them behind the wheel), with Fast & Furious 9 unfortunately unable to rise above indistinguishable storytelling.