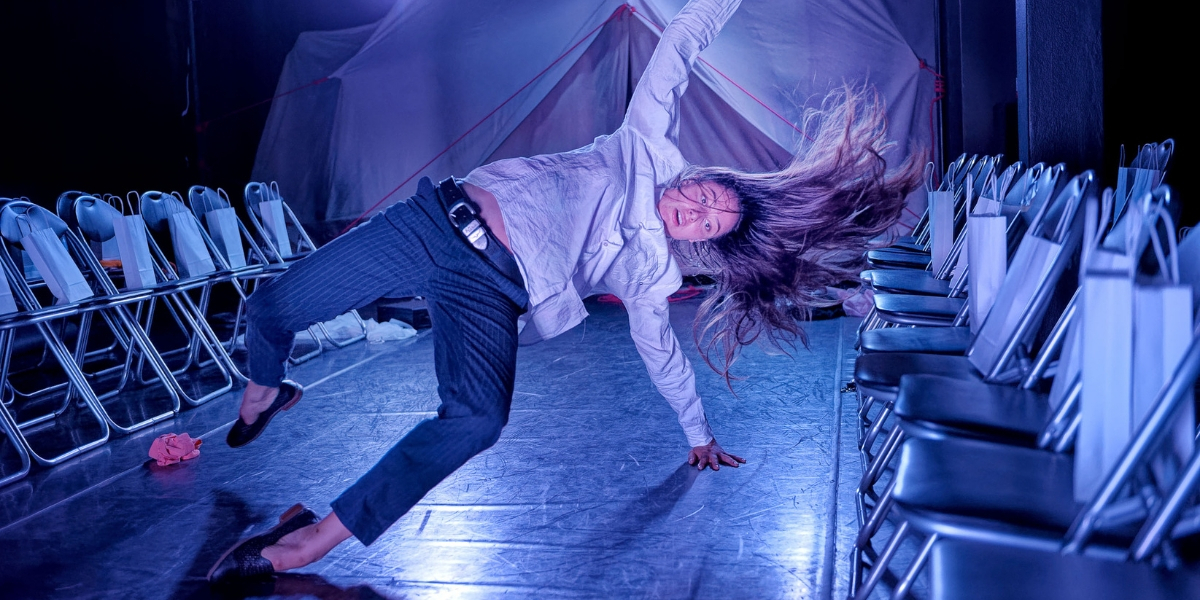 Perth Girl’s School was the venue for the opening night of Erin Fowler’s theatrical dance production, FEMME. For those who haven’t made it here, the school turned police centre  turned contemporary arts and culture precinct is situated in East Perth, just tucked away from St George’s Terrace. Its mixed history an appropriate setting for the eclectic spirit of a Fringe Festival.

FEMME approaches ideas of modern femininity through a blend of physical storytelling, dance and excerpts from a selection of pop culture pieces and real-life interviews. The result is a show that delves deep into how the feminine and masculine are perceived and embodied in contemporary society.

Emerging from a tent as a girl who can barely walk in the heels that appear before her, a bemused yet intrigued Erin begins her depictions of the endless facets of feminal identity. The chosen set-up of a catwalk feels appropriate from a basic visual perspective and as a homage to Erin’s early years as a model, which she recalls as a pivotal point in her career and development as a person. FEMME shows us who all these women are at both a physical and more intimate level. Some are entertaining, fun to watch, others elicit some discomfort, perhaps depending on the more personal context of the audience member. The point being, that each one does not define the person within.


Erin’s physicality in this piece is mesmerising and stylish Movements have precision and meaning in the form that she coins ‘theatrical dance’. Those perhaps not familiar with the medium of dance will find it very approachable, with messages ranging from the subtle and understated to representations that are universal in their appeal.

The topic of femininity in pieces of this nature can sometimes appear somewhat shallow, a token reference to the idea of a ‘girl boss’ here and there. FEMME doesn’t just touch on pop culture ideas of the feminine we already know but opens up a real and healthy dialogue. It addresses relationships with masculinity too, identifying our differences and the similarities in our struggles.

FEMME ultimately delivers a performance that is both moving and empowering. Acknowledging that restrictive ideas and attitudes on gender expression affect us all. It is an intense, complex, bewitchingly beautiful performance and a fantastic exploration of the feminine psyche’.

Tickets for FEMME are on sale now and available here. You can check out the rest of Erin’s work here.

Keep reading for my interview with Erin Fowler below.


Tell me about your career path so far.

Basically I danced all through childhood and studied at the Adelaide college of the arts, so I did an arts degree and finished there in 2010. I was choreographing and making work after I graduated but was really driven by the arts community and that lead me to set up an arts organisation called The Mill in Adelaide for 7 years. So myself and another girl Amber Cronin ran that and had about 60 artists that worked from the space, so it’s really only been in the last 3 or 4 years that I’ve slowly started to realise that I wanted to come back to performing and making and that’s what really drives me.

So yeah I started this work about 4 years ago and because it’s so personal it really kind of evolved as I evolved and gained in confidence and was sort of coming to terms with different parts of myself which are reflected in different parts of the show, if you’ve seen it you kind of know what I mean!

How did the idea for Femme arise?

I suppose it came from a number of areas, first of all I was a model from the age of 16 and when I was 18 I was sent to Paris, sent sounds like somebody sent me but I went to Paris to work! And you know it was an amazing experience as young woman to be in Paris in fashion and doing all of that but it definitely informed how I saw myself and how I related to my own image. Then from that I really wanted to be a dancer and to be creative so I kind of shifted from modelling work, which was more of a passive role, to where I was something more creative. That felt really satisfying and I was quite an ambitious female in my twenties and running a business certainly brought to light some inequalities that I hadn’t maybe realised were so prevalent. Often it was subtle things just the way myself and my fellow business partner, also a young female, were treated and perceived and I think it really built up some frustration for me around my femininity.

All I can say really is that I drew on my own personal experiences. I’ve been a model which is something where you get looked at as a woman a lot, but I really feel like even if I hadn’t been a model on the stage or running a business, it seems that all women have to kind of wrestle with (as we grow out of our teens into our twenties into our thirties) as to how we want to be perceived. And with all the different ways that woman are perceived, it often seems like it has to be one or the other, we cannot be multifaceted in terms of our professionalism or our image you know.

Correct me if I’m wrong but it felt like there was a focus on masculine and feminine energy as opposed to, man versus woman or feminist non-feminist, was that intended?

Definitely and it’s cool you got that from it. I think one of the we seem to be more comfortable with women showing masculine qualities than men showing feminine qualities which to me speaks to this imbalance between the qualities we value in the masculine and in the feminine.  I think all of us can embody all of that range of different qualities.

It’s probably been influenced a bit as well by the fact that I’ve been working with the Eliyah Tantra School over the last 4 years and they’re based here in Perth. Tantra and some of these other practices see masculine and feminine beyond gender. Especially in this time and era it’s one of those things I grapple with a lot, I mean why do we even have to define gender? But then so often we find ourselves being put into boxes again.

So I guess I really like the framework of masculine and feminine energies because some days I step into what I would refer to as my masculine which is this kind of ‘getting things done being on purpose’ but it’s just as important to be in feminine for both men and women. I guess I can’t speak to the experience of someone who identities as male but by talking to a lot of men in creating this show, I really felt, and I feel for the next generation of boys growing into their manhood and the confusion around what that is. I don’t think any of this serves either gender.

The King Review – A Brutal, Excoriating Warning Siren for the Left

What do you want to achieve with Femme?

As an artist financial stability and security *laughs* maybe that shouldn’t be my first answer! As I sit here in Perth watching ticket sales tick over it makes me realise that I’ve been touring and self-funding the show for 12 months. I say we because it’s a bigger team, many generous individuals have supported me through this. I toured this show to Reykjavik Fringe, Stockholm Fringe, Edinborough Fringe last year and it was just so satisfying. I was a bit nervous going to Sweden and Iceland where we sort of see those countries as utopias of equality and progressive thinking. I’m not sure if it’s a good or a bad thing that in a way, when I spoke to some women there, they were like you know we are progressive in some areas but these things still resonate which for me as an artist was good because it was like OK the work has currency in other contexts and cultures but it was also like, can’t it be better somewhere in the world?

And so I suppose in terms of what I want for the work I just want to share it with as many people as I can!

What’s next for you?

There are some interesting things in the pipeline, I’ve got a season in Adelaide in May at the Adelaide festival centre and I’m working with them to develop some educational material for the show. We’re doing some school workshops some teachers workshops and yeah I’m  really passionate about working with the younger generation and I think particularly with the subject matter and, you know, ok let’s not get too ambitious, but if many young women and men could see this show and use it as a talking point and a chance to kind of explore stuff.

So often these conversations become so heated so quickly and I think arts has the capacity to create an environment where we can be a bit more reflective, perhaps a bit more vulnerable to our own involvement, that would be an amazing outcome.

I think you have already answered this question but, why should people come and see Femme?

I suppose the one only thing I would add is that, during Fringe time it’s amazing. There’s a lot of comedy and cabaret and my show starts out entertaining, but it hits hard and I think if you’re looking for something that makes you think about our involvement in the world then that would be amazing if people came along to see it. 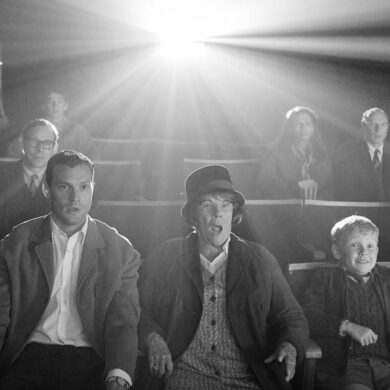