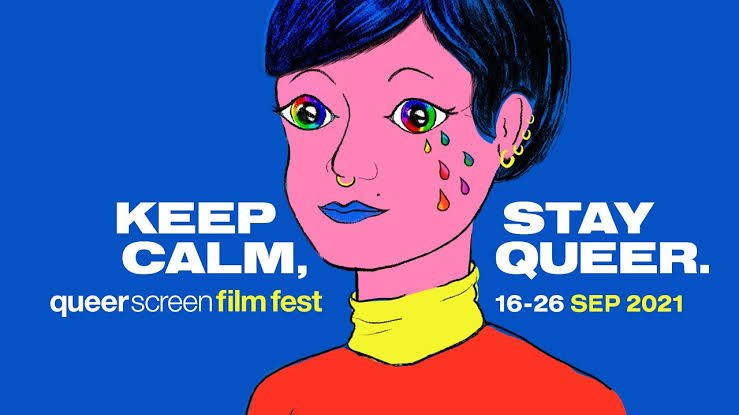 From Dear Tenant to Front Cover, These Are Four Films at the 2021 Queer Screen Film Festival

The Queer Screen Film Festival has always held a soft spot in my heart. In 2006, my friend Loren and I decided that we would each choose a film from that year’s QueerDoc program, and the other person had to come with, no matter what. Loren chose Meth (2006), Todd Ahlberg’s documentary on the use of crystal meth. I chose Vice And Consent (2005), Howard Scott Warshaw’s documentary on the BDSM scene. I can’t remember what we both thought of Meth but I know that I took from Vice And Consent a lot of knowledge and a philosophy towards sex that I still repeat to this day: “It’s okay to want what you want, and not want what you don’t want.”

Since then I’ve always kept one eye on the festival as it expanded and changed. In 2013, Queer Screen Film Festival became its own thing while QueerDoc became part of the Mardi Gras Film Festival. A couple of years ago, I practically fell over myself when Making Montgomery Clift (2018), a family-made documentary about my favourite actor of all time, appeared on the program for the Mardi Gras Film Festival 2019. Fairly sure I was vibrating with excitement in line for that screening, and on Valentine’s Day too.

Probably the only saving grace about this year of rolling lockdowns has been that nearly every film festival has moved online. This is the first year I haven’t had to scream internally about screenings clashing with work hours, priced in ridiculously expensive packages, and then sold out in minutes. Loren agrees.

So here are four films I watched as part of Queer Screen Film Festival 2021, entirely streaming and unscheduled, priced fairly reasonably, and available till 26 September.

Based on the play The Surrogate by Patricia Cotter, this film version directed by Amy Glazer is as much about friendship as it is about the moral and emotional quandaries of parenthood via surrogacy. I found myself relating very much to the friendship aspect, how your friends’ decision to become parents completely threatens and changes your relationship. There’s a lot of humour in the clashing insecurities and selfishness from both sides, complicated by some amusing writer angst. I didn’t relate to the ending at all which was a lot more evolved than I am. But nevertheless, it was a sweet interesting experience.

An exquisite film about complicated love and loyalty set against the pervasive queerphobia of Taiwanese culture. Some scenes are quite hard to watch — the violence is more systemic and spiritual than physical – but the relationships are fascinating and quite devastating at points. I didn’t realise how emotionally invested I was until I found myself completely wrecked by one scene and then another later on. The pace is very slow but that works with a chronology all chopped up and constantly interesting. There’s some absolutely stunning cinematography of misty Taiwanese hills, and a lovely use of piano music. It’s a meticulous accumulation of small moments and a few big moments, centred around an unshowy and deeply sensitive performance by Mok-Chi Yee. When it comes to the overwhelming whiteness of queer narratives, I make a point to seek out the films about people of colour, and unsurprisingly it’s the Asian stories that resonate deepest with me, noting the similarities and differences to my own South Asian history. I was so glad to have watched this.

A romcom about a Pakistani lawyer falling in love with a Mexican bookstore owner, this could have been so much better than it was. The mother-daughter relationships are put into fascinating contrast, with an equal proportion of angst and humour. I was thrilled by the casting of Shabana Azmi as the Pakistani mum, she of Deepa Mehta’s pioneering Indian lesbian drama Fire (1996), but unfortunately she isn’t given much to do. The cinematography is pretty average, veering between drab and gorgeous, and the ending is much more subdued than I would have liked. Certainly, the film could have gone a lot harder on the topics of femininity and culture clash. But it did get me to finally watch Fire, which completely enraged and delighted me, so that’s something.

Ray Yeung makes such interesting films about Asian gay men, films that look very different on the surface but have below the same careful attention to the nuances of culture and sexuality, the same willingness to really explore uncomfortable and unresolvable conflicts, and resist the urge to tack on a sugarcoated happy ending. And yet they’re so emotionally satisfying. There’s always a sense of spiritual resolution, of growth and self-acceptance, even if the world around these characters may not be ready to do the same. After the timid storytelling of Signature Move, I was exhilarated by how Front Cover rams head on into the issues of anti-Asian prejudice in America, how that shit manifests in the workplace and on television and extends to our protagonist in his defiance and snobbery. It’s a rich text that contrasts the complexity of Chinese closeted gayness with the difficulties of open Asian gayness in America to slightly heartbreaking but still valuable effect. The look is slick and polished and gorgeously textured, very different to the mundane cinematography of Yeung’s next film, Suk Suk (2019). But both share a richness of nuance and meaningful luscious sensuality that Ray Yeung does so well. I have so much time for his films.