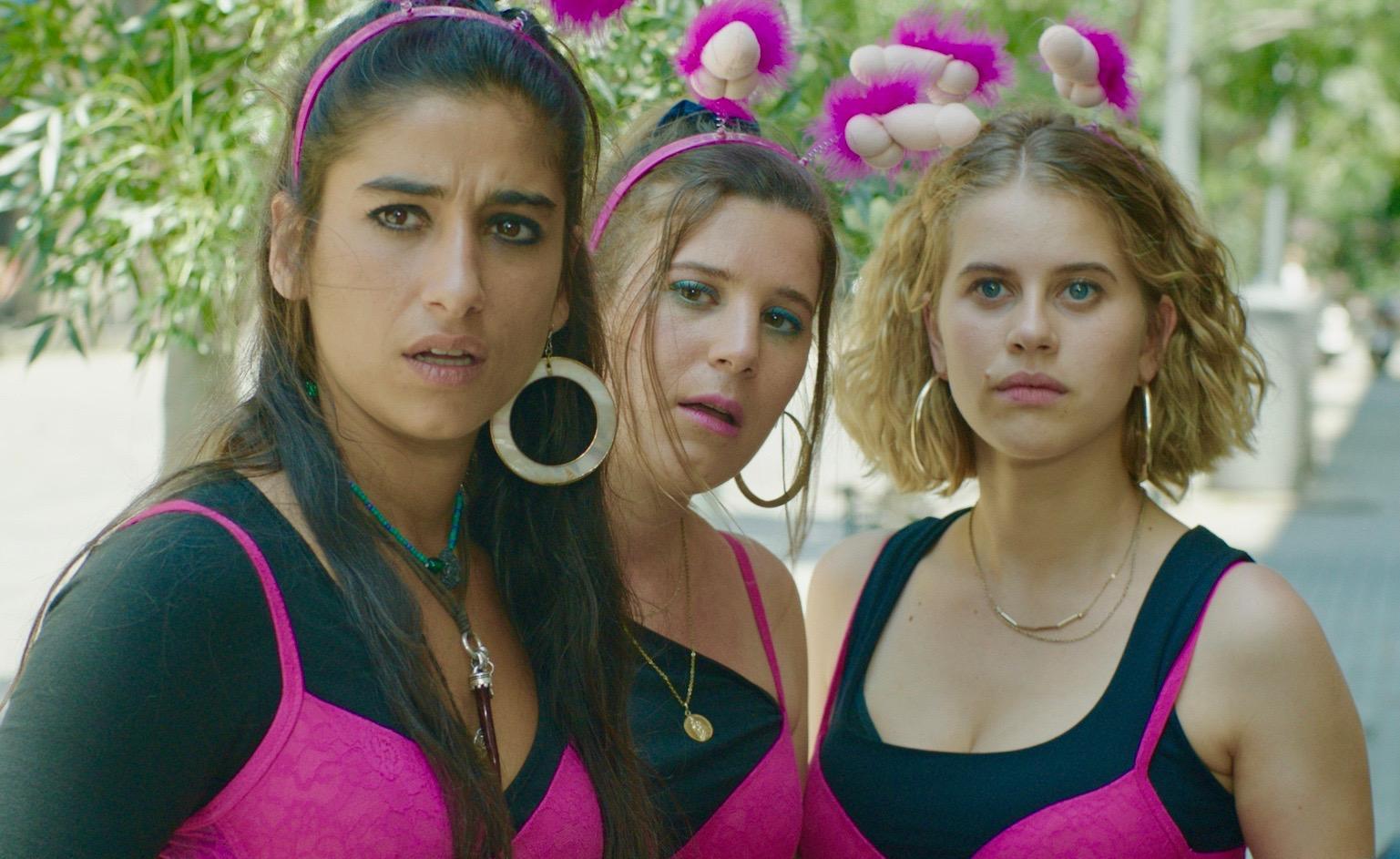 
In her debut film, Girlfriends (Chavalas), Spanish director Carol Rodríguez Colás examines the struggle to find authenticity when one is living between two distinct worlds. Marta (Vicky Luengo) is living in Barcelona and working at a prestigious fashion magazine as a photographer. Her world is sophisticated and exciting, filled with art gallery openings and stylish friends, including her flatmate Lili (Ana Fernández). A rapid succession of events that include Lili moving out of the expensive apartment and Marta’s loss of her job cause Marta to make the difficult decision to move back to the outer suburb where she grew up until she can find new opportunities to further her career.

Welcoming her “home” are her childhood friends Desi (Carolina Yuste), Bea (Elisabet Casanovas), and Soraya (Ángela Cervantes). At first Marta is excited to reunite with her girlfriends but as time goes on and her career seems stalled she experiences a feeling of no longer belonging to the working-class world she grew up in. What is worse for Marta is that she’s forced at the age of 27 to move back in with her parents who now seem to her parochial and unsophisticated.

Jobless and without opportunities Marta eventually takes a position in a small photography store where she takes family portraits and covers events like weddings and communions. She spends her spare time with her friends, but it becomes fraught as her frustration at being ousted from the metropolitan life manifests in her acting out against them for staying in the place they grew up. To cover her embarrassment about living in the suburbs she concocts a story about living in Stockholm to impress Lili.

Marta’s story will seem familiar to some, especially those who have aspirations to escape what they view as the oppressive environs where they grew up. Rodríguez Colás asks the audience to sympathise with Marta even when she is at her most pretentious. The frustration and isolation she feels is partially self-generated, but it is undeniably difficult for her to reconcile what she perceives as her failure to self-actualise.

Marta’s sophistication is a shield that she wears as a defence, but it is also the product of hard work and commitment to her art. As she spends more time in her home suburb she realises that commitment to her art is the one thing that she must sustain, and with the help of her girlfriends who consistently forgive her snobbery she picks up her camera and begins to document the space and people around her.

Rodríguez Colás through Marta’s character envisions the clash of two worlds that can only be overcome by accepting that belonging is a choice. Marta’s journey home becomes a journey to rediscovering her joy and creating art that is authentic because it has emotional resonance.

Although billed as a comedy, Girlfriends does not lack dramatic heft. The cast manage to move between light-hearted to emotionally charged performances. Carolina Yuste’s Desi and Ángela Cervantes’ Soraya are particular standouts. These young women lack pretention and have found happiness where they are even if their lives originally appear quotidian to Marta. Vicky Luengo as Marta manages to inhabit a character that think she has it all worked out yet still has a lot to learn. Her brattishness is forgivable because at heart she is searching for her identity in the wrong places. Having a foot in two opposing worlds has left her without a firm idea of what she really needs. Yearning for a life amongst the vacuous artistic demi monde left her with little yet returning home feels at first like a failure.

Girlfriends reminds us that real community is important and essential for emotional growth. Marta’s friends keep her grounded but also lift her up. Carol Rodríguez Colás gives the audience a wonderful perspective on what it means to have the right people in your life and to treasure the love that comes from formative relationships. Sometimes coming home is not going backwards, it is a way to move forwards knowing yourself and finding pride in the spaces and people that first nurtured you.