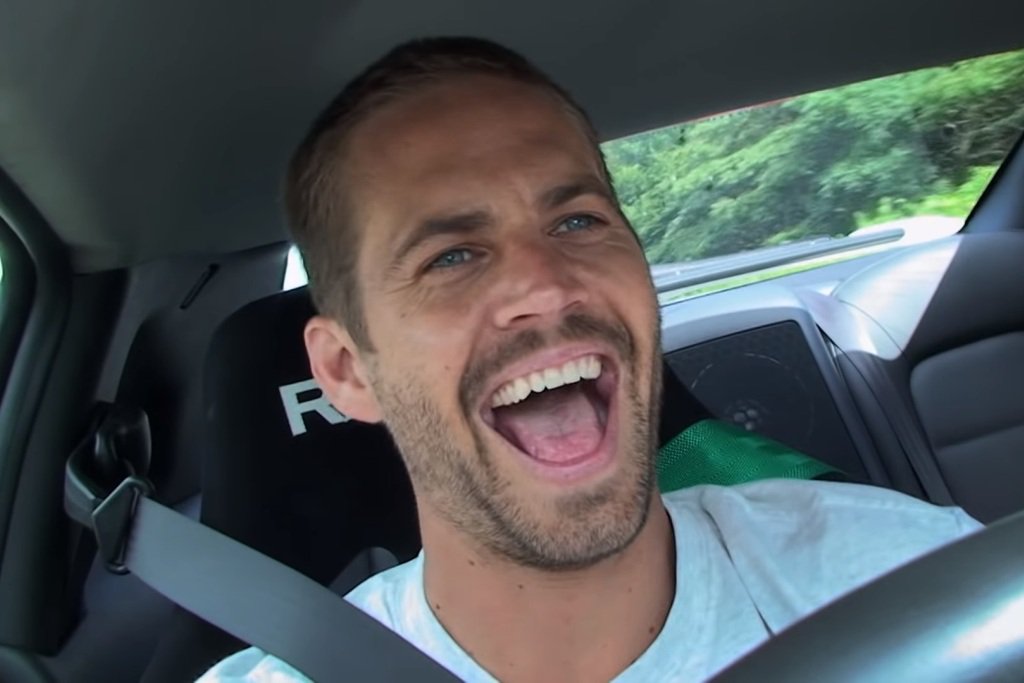 There has been an odd spate of posthumous documentaries that lionise their subjects to a point of extreme saccharinity that you have to visit the dentist after viewing. I Am Heath Ledger was a perfectly serviceable film about an actor whose life was taken too soon, and following in the same path as that documentary is I Am Paul Walker. Directed by lead charge of the I Am documentary movement (alongside the Heath Ledger and Paul Walker docs, there’s one creatively titled I Am Sam Kinison), Adrian Buitenhuis, this is an over lit exercise in puff-piecery.

I am unsure why the prefix of ‘I Am’ has been attached to these life stories as they inevitably leave the viewer with little insight into the lives of their subjects. If we were to walk away from I Am Paul Walker with an impression of who Paul Walker was as a person, well, it’d be that he was a successful white guy who really liked surfing a lot and wished he didn’t have to work so darn much because he’d much prefer to be off sitting on a beach and relaxing. Tough life man.

But, having been a fan of Paul Walker’s work for longer than I care to admit (granted, I enjoyed Paul Walker’s performances mostly because of how amazingly innocuous they were), I know that that’s not entirely who Paul Walker was as a person. Yeah, he had a fair amount of dude-bro’ness going on, and if the insight into his family via this documentary is any guide, well, that dude-bro’ness is genetic, but beneath that dude-bro sheen was a guy who put in a fair amount of effort into charity work. The creation of Reach Out Worldwide after the Haiti earthquake is one element of who Paul Walker was as a person that is given less than a cursory glance in this extremely surface level documentary.

The majority of the long ninety minute running time is made up of family members and friends waxing poetical about family vacations, or run ins with the law, or how that rapscallion Paul was always being chased by debtors. Everything is given a pro-Paul Walker sheen – yeah, he was bad with money, but if only those debtors could just give him a break, he could have had more time on the beach, plus, the things he was buying was always for other people and not himself. So selfless!

Now, documentaries about people who have died always tend to err on the line of extreme sensitivity. If they want the involvement of family members or the approval to use archival footage, then they have to glance over the negative elements of their lives. So, that’s why in this effort, there’s nary a mention of the last relationship Walker was engaged in – one that he started at the age of 33, and she started when she was 16. Equally so, less is mentioned about the other underage relationship Walker had. Sure, a lot of noise is made about how he wishes he could have spent more time with his daughter if he didn’t have to darn well keep making movies, and how he wished he was a better dad – which is all well and honourable, but comes across as empty noise that adds no colour to the mix.

Which is to say, to make the light stand out, there needs to be a bit of darkness as well. It’s all well and good for friends and family to go on about the run-in’s with the law, or how Walker had a short fuse sometimes, but these are throwaway lines with little substance. When Tyrese Gibson goes on about how the atmosphere on the set of 2 Fast 2 Furious was like a non-stop party with women and booze flowing freely, he says it in a way that suggests it’s how everybody should live their life. It’s notable that Gibson banging on about banging on comes after a sequence where Walker’s one time girlfriend and mother to their daughter, Rebecca McBrain, is shown to struggle with the actors life that Paul Walker was (apparently) reluctantly embarking on.

Reluctantly, because Walker was never really that interested in acting. He was more concerned about marine biology, or cars. In another untapped moment in Walker’s life, Dr Michael Domeier mentions how he talked Walker out of engaging in a career in marine biology, instead suggesting that Walker use his celebrity to help promote environmental issues. Then, just like so many threads in the documentary, this idea is dropped. Yeah, we get to see Walker sitting on a Great White Shark that’s being tagged for monitoring, but that’s about it.

Equally neglected is how much of a car enthusiast Walker was. There’s a cursory glance of the cars that Walker had collected, and a mention about how ‘cool’ they are, but that’s simply it. For a man who had a car collection of over thirty cars, and for a guy who was sponsored to race with some pretty big labels, this seems like another missed opportunity in the a field of missed opportunities.

Yet, the most telling aspect that is missing from the documentary is that of Fast and Furious co-star, Vin Diesel. As the guy who made five films with Walker, and somebody who called him his ‘brother’, Diesel’s absence is notable and says a lot about the quality of the production. When the only cast member from the Fast and Furious series that went on camera is ‘do literally anything for publicity’-guy Tyrese Gibson, well, it’s not a good sign. (Seriously, was Jordana Brewster, who played Walker’s on screen partner in the series, busy?)

Paul Walker was a purely serviceable actor, somebody who had the looks to make him a noticeable screen presence, but lacked the acting chops to really make a stake in the field. I Am Paul Walker tries to answer the question of why that is, with it being clear that Walker was in a career that his heart wasn’t in. That in itself is an interesting story – the reluctant actor, if you will – that is almost completely ignored in lieu of a lazy Sunday afternoon puff piece, media kit-esque documentary. Almost every possible avenue to help humanise and add more colour to who Paul Walker was, and in turn, why we should care about his legacy, is slammed shut, keeping us on the straight and narrow line of ‘he was such a good guy’.

Made for the Paramount Network (previously Spike TV) lineup, the I Am A Well Liked Deceased Person documentary genre appears to exist to fill an overwhelming ‘gone too soon’ nostalgia void. People loved Heath Ledger, they liked Paul Walker, they have connections to these actors through their films, and these documentaries simply provide a platform for viewers to feel like they’re getting to know these actors intimately, when instead, all they’re walking away with is that they were nice guys once, and that jeeze, life is pretty easy for white men in America. As my mother once said, the worst thing you can say about somebody is that they mean well.

And boy does I Am Paul Walker mean well.