Joy Hopwood’s Get a Life, Alright Celebrates Its National Release Date with a New Trailer

The first diverse indie romantic drama, Get a Life, Alright, led by women, will be released through Dendy & Wallis Cinemas Australia-wide starting 19th May 2022.

“Co-writing and producing Get a Life, Alright with Joy, allowed me to relay my experiences within a creative screen space. Joy has very pure motivations to depict diverse realities and does her best to authentically create story realms and characters. She has managed to do so by rounding up talented cast and crew who are motivated by the same ideals. I’m happy to have collaborated with Joy as she understands that authentic representations are central to meaningful on-screen diversity,” says Singhal.

Get a Life, Alright is film about a struggling Indian- Australian actor, Nick Singh (Satish Kala) who falls for the leading actress, Tessa Wise (Abril Tolnay) of a music T.V. show after delivering flowers on set. Her best friend, also on the show, Sarah Chen (Aileen Huynh) sets them up for a first date at his father’s Indian restaurant, Ballu’s Bollyfood, played by Here out West’s Sukhraj Deepak. Little do they know that Nick’s jealous brother, Adarsh (Dilshan Rain) tips off journalist, Patrick Pappas (Danny Barton) to run a story about the celebrities in order to gain more publicity for their struggling restaurant. A story about jealousy all thanks to fame and the film highlights the importance of female relationships.

“Get a Life, Alright is different from all my other films due to the pop-music video sequences and is probably my best work to date. It was made with the support and collaboration of passionate, creative women in a positive, fun spirit and in celebration of independent filmmaking. Being the first diverse romantic drama, musicial – due to the music videos, it’s led by a team of women who were all positive, on the same page and who were intuitively in sync with one another which was a very special experience to have all these elements combined. It’s a film for everyone, especially those who love chick flicks, romance, pop music & who appreciate indie filmmakers. I’m proud of what my team has achieved with 1% of the budget that you normally see of Hollywood blockbusters.” say Hopwood. The music was produced by Paul Wiltshire whose credits include: Back Street Boys, Human Nature, Delta Goodrem & Vanessa Amorosi and co-written by Roy Nicolson & Joy Hopwood herself.

Joy was a former Play School presenter who continues to make waves in the film industry as a champion for independent cinema and diversity. Her past films include: the first Asian Australian Rom-Com,  Rhapsody of Love, The Script of Life as Writer/ Director/ Producer . 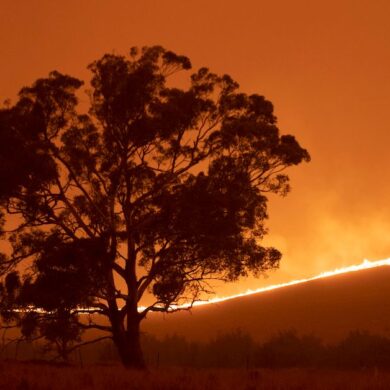