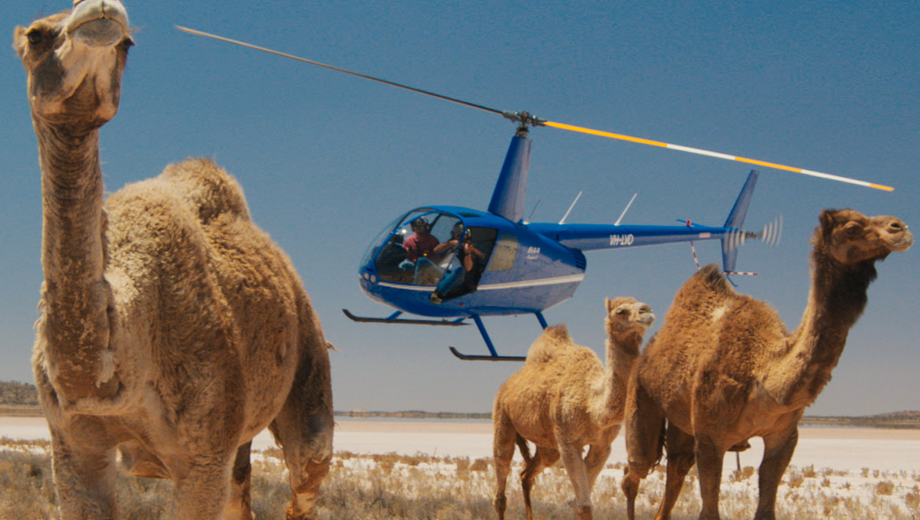 I don’t usually rewatch films frequently. I tend to ‘one and done’ a film, enjoying it for what it is and moving on to the next on the never ending pile. But, by choice and circumstance, I’ve experienced Alison James tender and patient short film Judas Collar seven times. Yes, it is a short film, and thus, takes less of a time sink than a feature film, but that doesn’t mean that it’s no less important or valuable than a feature film. If anything, I would argue that it’s the realm of short films that some of the most powerful and impactful life changing stories are being told.

I’ve talked about Mwah and Call Connect. before, and about how both of those short films explore humanity in its darkest aspects (Mwah is about a young girl being followed home by a man), and its most hopeful (Call Connect. is about a mental health helpline operator answering their first call), and how both of these shorts tell stories that could only live within a short film. They’re short films that have stuck in my mind ever since I saw them, they’ve informed my day to day life since I viewed them, making me recognise the impact of my actions as I meander through my day.

Judas Collar fits in the same realm as these two shorts. Its narrative could only exist within a short film. We follow a herd of camels somewhere in outback Australia. They are living their lives, eating plants and traversing the land in their lackadaisical, perpetually nomadic, dopey manner. They are, quite simply, camels being camels. From a distance, a man shoots a tranquiliser dart at one of the herd, and in the camels unconsciousness, a tracking device is strapped to their neck. This is the titular ‘Judas Collar’ – a device that exists to track herds of camels, allowing the hunters to eradicate camels from the landscape and reduce their ecological footprint. Once awake, the camel carries on with its camel life alongside its dromedary pals.

Then, arriving like a beacon of doom, is a small two manned helicopter. A man hangs out of the passenger seat, and with rifle in hand he takes aim at the herd of camels. One by one, they drop. As flies swarm the bullet holes on the fallen camels, the tracked camel stands alone, a survivor to a frightful event.

But, a camel is a herd animal, and this lone camel – the ‘Judas’ camel – seeks comfort within a new herd. When the same horrifying sound of a helicopter appears, once again cutting through the pure blue sky like a warning siren, the herd flees in terror. And, once again, it is the ‘Judas’ camel left standing while their newly adopted herd lays dead.

The first time I watched Judas Collar I found myself profoundly moved by its deceptively simple story, and on the seventh viewing, I just as heartbroken by its story. This is a film that relies solely on the emotions of the camels, and with no narration, and little descriptive text until the closing frames of the film, we’re left in the moment with the camels themselves. They are beautifully expressive, with their own form of communication being wonderfully endearing and making them easy to empathise with.

And yet, when the ‘Judas’ camel is left alone, it’s the mournful cries in the night that resonate the most. This tortured sound of a lone camel crying out for the herd that they have lost, and the pain that they have witnessed, is genuinely heartbreaking. What is even more painful to witness is the gradual realisation from the ‘Judas’ camel that they are the cause of the deaths of their fellow camels. As herd animals, they desire and foster companionship with one another. To take that away from them, and to spurn them into the wilderness to live a life of solitude and loneliness is a deep tragedy.

Judas Collar is a film that presents a truth that occurs across Australia every day. After camels were introduced into Australia in the 1840s for the use of transport and the assistance of creating railroads, they were let free into the wild when they were no longer valuable. Now, in the 2010s, Australia is home to the largest population of camels, and in a bid to reduce the camel population, these tracking collars are used to help eradicate the population.

It’s easy for introduced species like camels and horses to be recognised as pests in the media, but to merely label them as destructive entities is to take away their cognitive, emotive states. These are not foxes or cats, slinking around in the night, actively destroying millions of native species. This is not to say that introduced horses or camels aren’t causing some level of destruction, but it is on a different level than foxes and cats. Unlike foxes or cats, the camels of Australia hold a great value overseas, with the protected gene pool becoming a desired entity for those who want to utilise camels as a food source, or for racing.

The culling of the camels is a corrective measure, attempting to rectify a mistake that occurred over a century ago, but it’s not one without its issues. To focus on the monetary value of a camel is to once again ignore the emotional bonds that camels have with one another. Director Alison James understands this completely, and utilises the emotive reactions of the camels to drive home the empathetic aspect of the narrative. Yet, part of the reason why Judas Collar is such a powerful, important film, is that it never strays into being a manipulative film. There is a very ‘matter of fact’ style of filmmaking here, where the story is presented in situ, making it have a documentary-esque feel, and in turn, this makes it feel all the more real.

Amplifying this feeling is the exceptional cinematography from Michael McDermott. There is a powerful immediacy to the short, and it’s McDermott’s camera that immerses you completely in the terror that the camels are feeling as they are being hunted down. But, the terror would mean little if the moments of quiet and peace didn’t exist, and it’s in those moments that we’re allowed to be immersed in the world of the camels. These are peaceful creatures, and watching them meander through the wilderness only to have them obliterated leaves us wondering what they did to deserve such treatment. Is their existence so devastating that they don’t deserve to live at all?

Each time I’ve watched Judas Collar, I’ve walked away from it wondering how mankind can be so uncaring to the creatures that we share this planet with. In recent years, documentaries have shown how destructive we can be to animals for the mere desire to consume – take Kangaroo: A Love-Hate Story or The Cove for example, both featuring senseless deaths of animals for no reason. While Judas Collar is not a documentary, it does contain an important story that resonates just as much as those documentaries do, and doing so, it leaves the viewer wondering just how this kind of publicly accepted slaughter could take place. As humans, we justify these practices for all manner of reasons, but one can’t help but wonder if we continue with this justification so we can excuse ourselves from empathising with these animals that just want to exist.

They say, never work with animals or with kids, and with Judas Collar Alison James did both – directing a troupe of camels in 39 degree temperatures, all the while being four and a half months pregnant. Yet, this is a brilliant, assured short film, directed with great purpose and importance. On top of this, there is a wealth of empathy within every frame. Upon each viewing, I’m left with great anticipation for what Alison James does as a filmmaker in the future. Judas Collar is one of the best and important short films to come out of Australia.