In 8th century China, ex-Sleuthhound captain Zhang Xiaojing (Lei Jiayin) is given a 24 hour reprieve from his death-row prison cell to aid the newly formed Peacekeeper Corps foil an imminent terrorist plot in the capital of Tang China, Chang’an. What he finds in the course of his investigation is a tangled mess of court intrigue, overlapping hierarchies, and conflicting loyalties including his own and that of the youthful head of the Peacekeeper Corps, Li Bi (Jackson Lee).

The setup of The Longest Day In Chang’an (currently unfolding in Australia on SBS On Demand) might sound more than slightly familiar to Anglophone audiences. And yes, comparisons to the Kiefer Sutherland multi-season vehicle 24 are appropriate, especially as each episode of 35-45 minutes (as a web-series, episode length varies to suit narrative demands) covers 30 minutes of the titular longest day. The Longest Day in Chang’an takes this familiar ‘real-time’ structure and sets it in a lush visual reproduction of 8th century China. Into this is mixed political intrigue to give Game of Thrones a run for its money and, dare I use the term in this context, ‘inscrutable’ characters whose motivations, loyalties, and backstories are unwrapped with the same nail-biting suspense as the plot itself.

It has to be said that two of the major characters are the vibrantly realised city of Chang’an, probably the most populous and cosmopolitan city on earth in the 8th century, and the Tang bureaucracy with its deep archives of census and taxation data. The Peacekeeper Corps is not a force of slap-happy thugs torturing their way through unnamed black-hats and inflicting civilian collateral damage on the path to the terrorist plotters, but an office of dedicated archivists and data miners piecing together clues and hints from the mountains of paperwork at their beck and call.

This is an inventive imagining of Tang China, drawing on cyberpunk tropes where archives are power, watchtowers communicate over a city by coded semaphore, and every ministry and department of the state is vying for power and influence with every other department and ministry.


So far, only half of the 48 episodes are up on SBS On Demand and such is the addictive tension of the series I have been barely able to ration my watching so I don’t overtake the release of episodes. And so I was surprised to read that in spite of its high praise and a string of awards and nominations in China, and broadcast runs in Japan, Singapore, and Malaysia, it has struggled to find an audience on its US Amazon and YouTube runs outside of the Chinese language community in the face of Anglophone media indifference.

Which has got me to wondering, where is all the Chinese language content in the globalised world of cultural product?

China has a rich cultural heritage, one which I have only just dipped a toe into. I remember years ago tuning into SBS every Sunday to warp my ears and musical expectations with the alien tones and tunings in the classical Chinese opera of The Peony Pavilion. Thanks to the global explosion of The Hu (admittedly Mongolian, not Chinese) I have descended into a Spotify rabbit-hole of the North-East Asian music of Tuva, Mongolia, and China, of which there are many styles and flavours from hard to folk-rock and electronica. And yet you wouldn’t know it listening to the world music program on my home city’s community radio station, where “world music” seems to go no further east than India.

With the four foundational novels of Chinese literature written in the 14th century, beating Europe’s Cervantes, Grimmelschausen and Swift by a good 250 years, China’s cultural heritage has continuity that should make western Europe blush. Only two of these classic Chinese novels are even remotely well known to western audiences; one through a *Japanese* TV adaptation – Monkey Magic (Journey to the West), and the other via the latest instalment of the Total War computer game franchise (Romance of the Three Kingdoms).

It somewhat feels like we lost track of most Chinese language culture after the handover of Hong Kong in 1997. Not to downplay the important milestones in Hollywood represented by Crazy Rich Asians and Always Be My Maybe, but long gone are the days of Chinese Ghost Story, its sequels and spin-offs impressing critics and attracting audiences.

There have been break-outs from the Sinosphere: Jet Li and Jackie Chan have made themselves familiar to western audiences; The Wuxia/romance blend of Crouching Tiger, Hidden Dragon solidified Ang Lee in Hollywood; the genre-mixing Kung Fu Hustle, historical epic Red Cliff, and the never-ending iterations of The Monkey King have all found audiences in the English speaking world.


In an age where anime has a solid fan-base, Netflix picks up production of Midnight Diner, and Parasite wins a swag of awards, Chinese mainland TV and film can’t magically stop at the Chinese border. Or maybe it does – have you ever tried to order some of the many Chinese TV adaptations of Romance of the Three Kingdoms or Journey to the West on DVD? It’s probably easier to buy a smuggled panda.

I don’t know, I’m probably mistaken and it’s all out there somewhere. So please forward your suggestions for Chinese serial TV in case I overtake SBS’s release schedule of The Longest Day in Chang’an!

But I digress; The Longest Day in Chang’an is a well-constructed and thrilling serial narrative, where the tense crawl of the protagonists weaving information into knowledge is punctuated by explosions of well-choreographed violence. It is a fantastic example character expressed through actions and choices; played by a large ensemble supporting cast, all the characters good and bad, main and minor, have their loyalties, ambitions and hidden motivations tested as circumstances and leadership demand they stake all on the plots and counter-plots that have been set in motion.

The urgent and human stakes, familiarity through comparisons to 24, and Game of Thrones level intrigue provide strong motivation for the audience to invest time and breathless anticipation in this well drawn, colourful, three-dimensional imagining of a China  that is solidly located in time and yet also adrift in the way the best historical fiction is.

I can’t recommend The Longest Day in Chang’an enough and I hope that it finds the wider Anglophone audience it deserves.

Writer: Paw Studio, (based on The Longest Day in Chang’an by Ma Boyong) 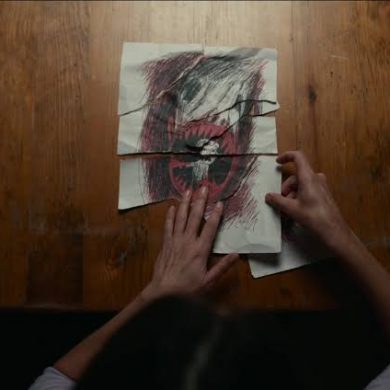