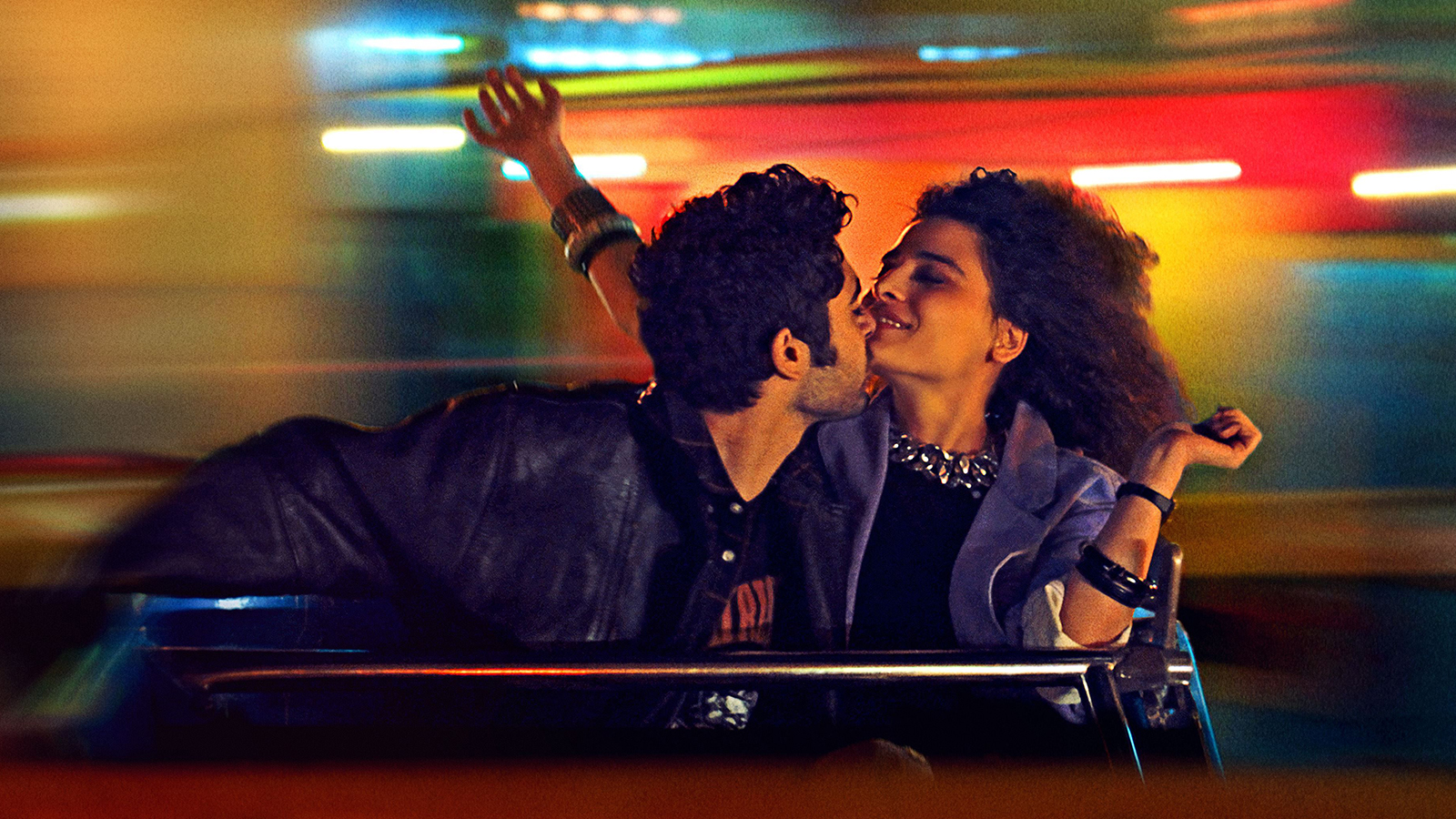 
Joana Hadjithomas and Khalil Joreige’s film, Memory Box, about intergenerational trauma could have been an absolute slog of melodramatic excess. Instead, the narrative technique makes for such a fresh interesting approach, covering so many technologies of communication of the Eighties and now, and providing just enough emotional distance for me at least.

It begins with Canadian teenager Alex (Paloma Vautheir) accepting postal delivery of a box from Lebanon for her mother Maia (played by both Manal Issa – young Maia, and Rim Turki – adult Maia), a box that turns out to be full of notebooks, photos, audio tapes, and all sorts of ephemera from the Eighties era of the Lebanese civil war. Alex’s grandmother wants the box hidden until after Christmas so as not to spoil the holiday and reopen old wounds. But Alex’s curiosity about her mother’s unspoken life is too insistent and leads her down a rabbit hole into the past.

I’m always a little bewildered by migrant kids who don’t know – or worse, are indifferent to – the stories of how their parents or grandparents came to the new country. So I very much recognised and loved Alex’s interest even if it tipped rather quickly into intrusion. Another wonderful diasporic detail was how her grandmother spoke to her in Arabic and she replied in French, both understanding each other perfectly. It might have scrambled my brain a bit but I loved seeing them in total bilingual ease.

The teenage instinct to record everything, whether important or trivial, seems here to be something that crosses generations, from Alex in the present day with her own memory box of a smartphone to her mother Maia in the Eighties with her Nikon camera and tape recorder. As Alex goes through her mother’s photos, she captures them on her phone and then scrolls through them fast enough to create a little film strip, and then the characters step out of the photos and skip across the black space of the film, alive and joyful. I absolutely adored that irreverent fusing of narrative and cinematography, especially when the characters seemed to affect the filmstock itself and react to its changes in turn. If the imagery is sometimes a little on the nose, the sense of play is very effective in recreating the buoyancy of youth, a feeling that does much to offset the grim horror of that time and situation.

Though the film goes a trifle overlong, the final act with its healing brings back that sense of joy and feels like a gift after so much heartbreak and suffering. There’s not a lot of characterisation but then that doesn’t seem necessary somehow, or rather the characterisation feels larger than the people, feels more like the character of a country torn apart by civil war and trying to heal itself over time and distance through the diaspora and coming back to the rebuilt cities.

A lovely film with a light careful touch and clever technical craft, well worth a watch.