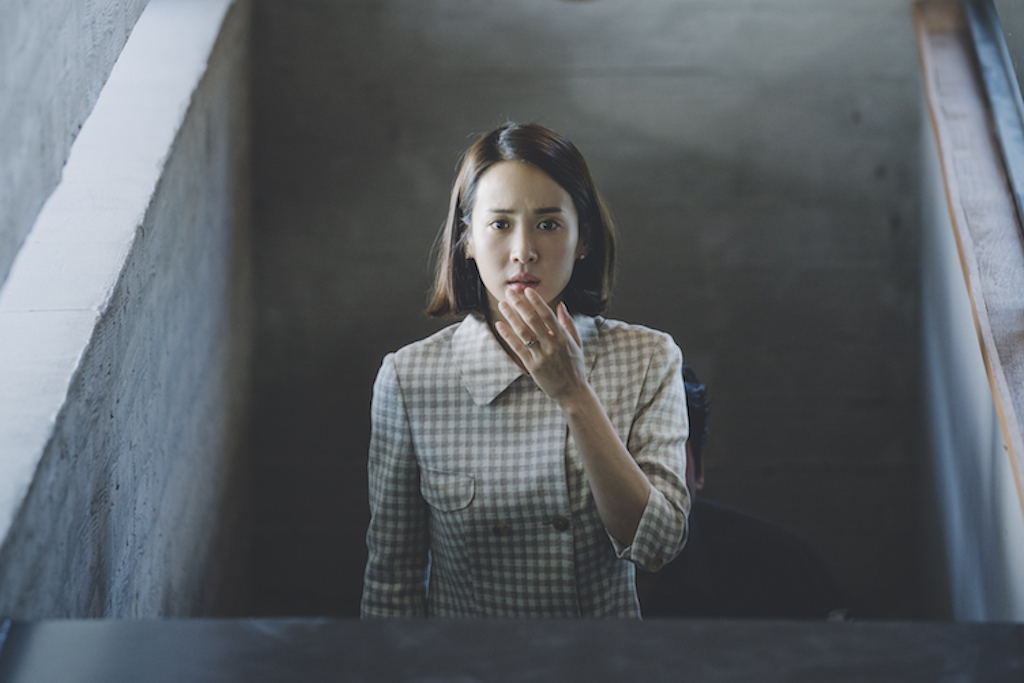 The master of suspense, Alfred Hitchcock, believed in making the audience suffer as much as possible, when crafting one of his pictures. Often quoted as saying, “There is no terror in the bang, only in the anticipation of it.” Hitchcock, being the master that he was, knew the value of teasing the audience before a great reveal, making a plot twist all the more satisfying.

In 2019, it’s rare to find filmmakers or studio, willing to take this slower approach to crafting suspenseful thrillers, out of fear of losing the attention of the audience.

Instead, today’s thrillers are fast-paced and blended with action or other genres, aimed to keep the audience entertained and alert at all times.

That’s not to say filmmakers like Jordan Peele, David Fincher and M. Night Shyamalan, haven’t kept the spirit of this approach to suspense alive, however it is a style of filmmaking that gets sorely overlooked.

Thank the heavens then, that we have Bong Joon-ho, a director that more people should know by this stage. From The Host (2006), Snowpiercer (2013) and recently Okja (2017), every film crafted by Bong, is a distinctly unique experience, with a powerful, socially-conscious, directorial voice behind them.

And now, we have Parasite, a film which won the Palme d’Or at this year’s Cannes Film Festival, and in my opinion, is arguably Bong Joon-ho’s best film to date.

Parasite is a thrilling and gripping experience, built on deceit and desperation with an intrinsically unpredictable plot that never acts like you know what’s going to happen next. Trying to put a finger on one particular genre with Parasite is nigh impossible, as is the case with most of Bong Joon-ho’s filmography.

Although the film is built on the grounds of suspense, Parasite wonderfully mixes elements of comedy, drama and at times horror for a wholly unique experience, original to the style of Bong Joon-ho.

Parasite follows a poor South Korean family, struggling to make a living on low-paying jobs, while cramped in a tiny semi-basement apartment. Circumstances change when a successful friend offers the family’s son Kim Ki-woo (Choi Woo-shik), the opportunity to tutor an upper-class student, daughter of a wealthy IT CEO.

While initially hesitant, due to a lack of credentials, Ki-woo accepts, opting to pose as a university student, and forge the necessary documentation.

The acceptance of Ki-woo into the wealthy Park family home, leads to the rest of the Kim family being hired, albeit under completely unrelated aliases and all posing under different professions relevant to the Park family.

As the Kims integrate into this new and exorbitant lifestyle, the dark secrets of the Park family home begin to unravel and reveal themselves.

While Parasite initially arrived in Australia earlier in the year, it is (as of writing) back in theatres following the recent successful launch of the film in the United States, generating considerable buzz in the lead-up to awards season. I’d managed to avoid all spoilers up to this point and eventually had the opportunity to see it, going into the film completely blind. I walked away being incredibly appreciative having known little about the plot of the film, particularly with a film that relies so heavily on baiting the expectations of the audience.

Parasite is a film that begs to be experienced without knowing all its secrets. Bong Joon-ho has crafted an effortlessly entertaining, suspenseful and multilayered tour de force with a firm stance against elitism and the upper class.

Every initial act, every line of dialogue generates significance that returns with a vengeance later in the film, offering a deeply rewarding experience for anyone who re-watches the film.

What makes Parasite such an incredibly fulfilling experience is Bong Joon-ho’s ability to deftly balance multiple moods and styles all at once. A comedic family gathering can quickly shift into tense suspicion, with the introduction of a stranger at the front door. Bong allows the time for his characters to enjoy themselves before pulling the rug out from under them, leading to his characters having to escape certain situations that are both intense and highly entertaining to watch.

At times this can slow the pace of the film, however each choice and opportunity is vital to understanding Parasite as a complete package.

Bong Joon-ho works with his cast to deliver deeply authentic performances, even in the film’s instances of comedy or exhilaration. These different elements are often blended seamlessly into a single scene, with the cast handling the film’s mood swings wonderfully.

Park So-dam as the Kims daughter Ki-jeong, is enormously entertaining to watch as the brains and master manipulator of the family, displaying an inherent ease in the role.

Each member of the Kim family is challenged with how they fit into the view of the social elite. Whether it be a dress sense or a particular odour based on living conditions, each family member is confronted with a quirk or habit that eventually reminds them of their conflicting social status, preventing them from ever transcending into the idealised living conditions that they think they want.

Tenet Review – Excess Impresses, But Leaves One Hoping for a Smaller Nolan Film

Parasite asks how people like the Kims may have turned out if they had lived a life under greater financial circumstances. With Bong Joon-ho offering blunt realism as the answer.

Although at times the characters in Parasite partake in moments of exaggeration for comedic relief or shock, they never feel like cartoon characters, maintaining a level of believability and realism without losing their entertainment value.

Bong Joon-ho knows exactly at what moments Parasite needs to be comedic, heartbreaking, suspenseful, violent and meaningful, showcasing an enhanced level of mastery and control of his craft that many filmmakers wish they could replicate. While Bong Joon-ho’s Parasite inhabits the spirit of suspenseful works and methodologies that have come before, it is absolutely born purely out of a director’s unique voice and style.

Parasite is a distinctly original and thrilling experience that could only have come from Bong Joon-ho. The film will make you think, laugh, cry and sit on the edge of your seat, and it left an incredible sense of appreciation and gratitude that original, unconventional auteurist works like it, can exist in the current landscape.

Parasite is not a film for everyone, but it exists as a proudly unique and essential experience.

If you’re yet to experience Parasite I highly recommend viewing it before it gets spoiled.