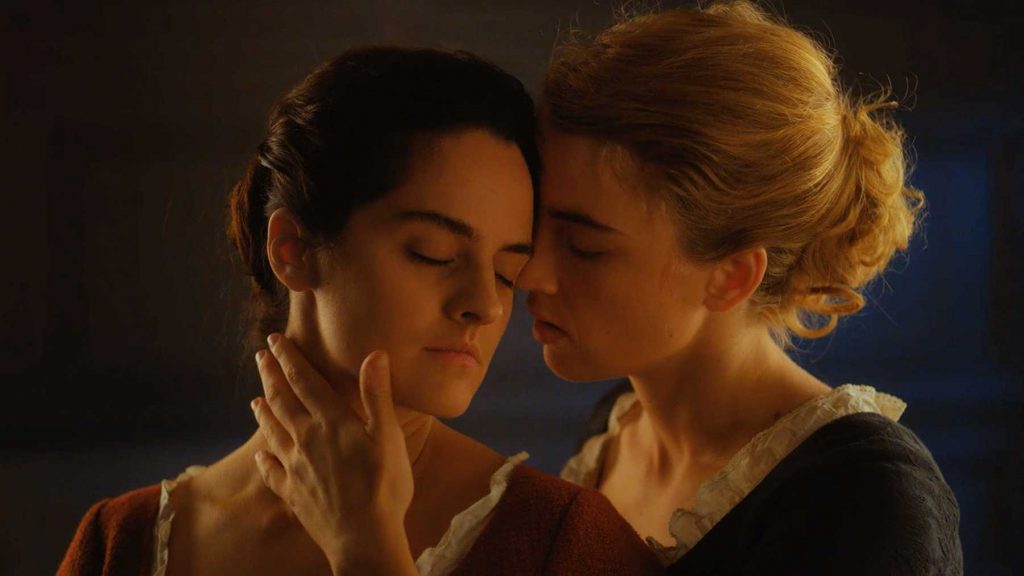 Written and directed by Céline Sciamma, Portrait of a Lady on Fire stars Noémie Merlant and Adèle Haenel as Marianne and Héloïse, a painter and her unknowing subject, respectively. Marianne is sent to the island of Brittany to paint Héloïse’s portrait as part of her arranged marriage to a Milanese nobleman, but Héloïse refuses to pose for it as she rejects the arrangement. Through Marianne learning every inch of Héloïse’s form to paint from memory, the two begin to form a fast-burning romance that is like a candle lit at both ends.

Now I’m a novice when it comes to Céline Sciamma’s output as a director, but from what I can tell here, she is a terrific humanist and a wonderful storyteller in such singular and quietly-affecting ways. At first this film is about how to create art, the painstaking process of drawing up the lines, maintaining the quality of the canvas, and how hard it must be to craft the image solely from memory. We get hints of Héloïse’s mental state by the time Marianne arrives, as well as the dedicated servant Sophie having her own reservations and opinions about certain things in this house. And as things unfold and the connections are made, we start to understand the purpose of this film: to directly counter and argue against all forms of the “male gaze”.

There is not one major male character in the whole film, and barely any male extras at that. This is not the director expressing hatred at using male characters, but instead she is giving us entirely a female perspective on a period piece when often such a perspective is relegated to that of wives, girlfriends, and servants on the periphery of male characters. Marianne is unmarried, has known love in the past, and expresses herself in her art which is still undermined by employers because of her gender. When she meets Héloïse she sees a kindred soul in that struggle to be seen and be heard beyond the constraints of the time, so they build their relationship off of just being with one another of their own choice.

And then when their servant comes to them with the problem of wanting an abortion in order to keep working, it’s all about women helping each other in a way that rarely ever gets explored in film. The “fire chanting” sequence alone is a perfect encapsulation of not only the romance building between Marianne and Héloïse, but of the spiritual and unspoken connection that women have with one another, transcending time.

Sciamma keeps this razor focus on the two leads, stripping out all music beyond the diegetic and leaving us simply with emotional information built from sound design, dialogue and the truly remarkable performances of Merlant and Haenel. This is a slow-burn, but completely worth it in the end once you understand the gravity of the love these two share for one another.

Their bodies are shared with one another with the casual openness you find in long-time lovers and their conflicts with each other carry such weight because you start to realise how fleeting all of this really is. It speaks to the amazing command of the craft that Merlant and Haenel share that their passing glances to one another and every touch of one another is felt like the greatest act of love ever.

Portrait of a Lady on Fire is sent soaring to the high point of a list of great 2019 films thanks in large part to Claire Mathon’s cinematography. Her framing of characters against backdrops of nature, the use of natural lighting that allow particular reflections and contrasts, show that she has a total mastery of the form. Her talent is absolutely spectacular and needs to be as recognised as the other brilliant works of camerawork in 2019 like Rodrigo Prieto for The Irishman, Roger Deakins for 1917 and Yorick Le Saux for Little Women, just to name a few.

My only withdrawal from this film was that while I fell in love with both actresses, all of Sciamma’s direction and the Mathon’s mastery of the camera, and I responded positively to where the story wraps up, I didn’t feel all of the emotions that the film was clearly trying to get me to feel. I was wrapped up emotionally in many moments throughout, but by the end I didn’t experience a rapturous outpouring of love which maybe most critics have been feeling. This is fine because I am completely content to sit back and love a lot of this film for what it means to cinematic history, and perhaps fall deeper in love with it in a few years akin to how I felt walking out of Call Me By Your Name in 2017. Portrait of a Lady on Fire definitely needs to be seen by as many people as possible so we can keep these stories alive for new generations heading into a new decade. It might not have fully grabbed me in the end, but Portrait of a Lady on Fire is certainly a sweet, sensitive, and rich experience I highly recommend.

Army of the Dead Review – Just Another Zack Snyder Film, For Better and Worse 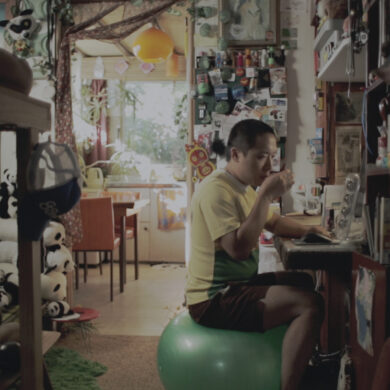