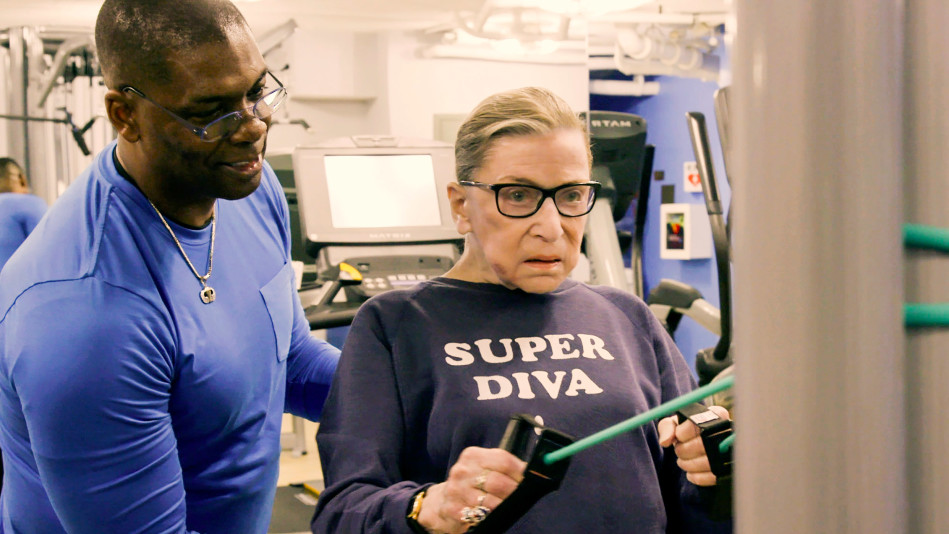 Documentaries should reflect the subject they’re exploring. Take Meal Tickets for example – a raucous, loud, intense ninety minute film that reflects the ups and downs of a band. Or, Safari, a contemplative, patient film about hunting. Or, in the case of the life of Justice Ruth Bader Ginsburg, as shown in Julie Cohen and Betsy West’s documentary RBG, engaged, switched on, carries a little bit of pep, and a dash of bite as well.

So that, in a very small nutshell, is RBG.

For the uninitiated, Supreme Court Associate Justice Ruth Bader Ginsburg is one of nine Supreme Court judges in America. Directors Julie Cohen and Betsy West join up to look at the path that the Notorious RBG took to receiving the honour of being a Supreme Court judge, and what her role on in the United States political (and legal) system has been over her life. Throughout her career, RBG has become a feminist icon, weaving her way into a position of power that ideally helps provide a voice for equality in America.

On the one hand, this is a run of the mill documentary about the life of a person. You know the drill, archival footage, talking head scenes with friends, colleagues, and family members, and a liberal amount of footage of the subject themselves. Roll credits.

Typically, when ‘reviewing’ a documentary, one needs to try separate the subject on screen, versus the way that subject is presented. A subject may be truly fascinating, but if the way that that fascinating subject is presented is staid and rote, the question of whether the filmmakers are resting on the laurels of their subject, and not working to help elevate said subject, arises. Yes, RBG is certainly entertaining and engaging, but is that mostly because of the energetic, strong character of Ruth Bader Ginsburg herself, and not the work of the filmmakers? I fear so.

The ways the art of the documentary have evolved over the decades has been a curious thing to watch. You have your Michael Moore-esque documentaries, where the filmmaker inserts themselves into the narrative, almost nudging the story in the direction they want it to go. Or, you’ve got your Errol Morris-style documentaries that interrogate a subject, with the directors finger almost appearing in frame to poke their victim into giving them an answer. Or there’s the observational work of Frederick Wiseman, who simply presents life as it is, and asks the viewer to glean his intention as the footage rolls out.

Yet, almost for the sake of safety, there has been a startling reliance on the rote ‘archival footage, talking heads’ style documentary. The result is usually the same – a heightened 60 Minutes feel, with an interesting subject, that informs, educates, and sometimes entertains, all in the space of ninety minutes. For fear of being run out of town – this is the mode of the ‘casual’ documentary. The kind of documentary that’s risen to prominence with huge thanks to NetFlix – a surprising home for documentaries.

And there’s nothing wrong with this at all. In fact, it works in RBG‘s favour in a lot of ways. Ruth Bader Ginsburg is an inherently political person, but the nature of her position dictates that she be apolitical and not cast judgement down on either side of politics. Sure, there was the time where she made a comment about Donald Trump, and that got her into hot water, but the documentary almost presents this as a non-event.

Equally glanced over is the friendship that RBG has with colleague Antonin Scalia. Now, for those who are tapped into US politics, the work of Antonin Scalia might be old hat by now, but for those who aren’t so involved, RBG provides little guidance as to why there is a divide between Ginsberg and Scalia. Yes, she’s predominantly left leaning, and he’s predominantly right leaning, but besides a nifty graphic, there’s little more to provide why there is a divide between the two.

What isn’t glanced over is the importance of Ruth Bader Ginsburg’s husband, Martin D. Ginsburg. While both Ruth and Martin went into law, and both were successful at their roles, somewhat controversially for the time, Martin took a backseat to allow Ruth to succeed and shine in her career. This relationship that shows support and nurturing through care and love is one of the most enduring aspects about RBG. Martin and Ruth worked hard, and recognised the value of each others work, and rather than compete for success, they took each others roles – both in a family sense, as well as in a career sense – and funnelled their energy into making sure each partner was successful. Martin’s push to get Ruth in front of President Bill Clinton to become a Supreme Court Judge is truly inspiring to see.

I feel I’m being harsher on this genuinely joyous film than I need to be. RBG is informative, it’s entertaining, and in these heightened political times, it’s worthwhile being reminded of the steadfast warriors in the world fighting for the rights of the disadvantaged. In a masculine driven society, the need for strong women shaking up the patriarchy is important. The power of feminism through the lens of Ruth Bader Ginsburg is an inspirational one, and if nothing else, RBG leaves you inspired and wanting to go grab a Notorious RBG shirt right now and take to the streets protesting for equality.

Yet, the equality is not just about trying to bring women up to the equal landing of men. It’s also about questioning other aspects of inequality and demanding an answer as to why this is occurring. Take the case of the father who due to the loss of his wife has to raise his newborn child alone, and when he asks for assistance via welfare, is denied as he’s not a woman. This might seem like a trite thing to say, but Ruth Bader Ginsburg doesn’t see gender or colour, she simply sees injustices and wants to rectify them. Sure, these injustices may be laid upon women and people of colour more than men, but it doesn’t mean that she won’t fight for everyone equally.

Ruth Bader Ginsburg is an inspiration, and it’s great that we have her around to help tell her vital story. While this may not be a perfect film, it is one that will inspire more than its run of the mill presentation suggests it will. Give it a watch – take your mother, take your father, take your sons, and take your daughters, this is a film that shows the power and need for support and equality. 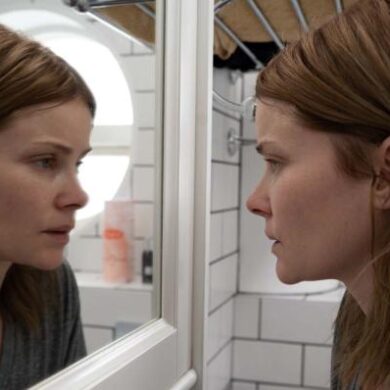