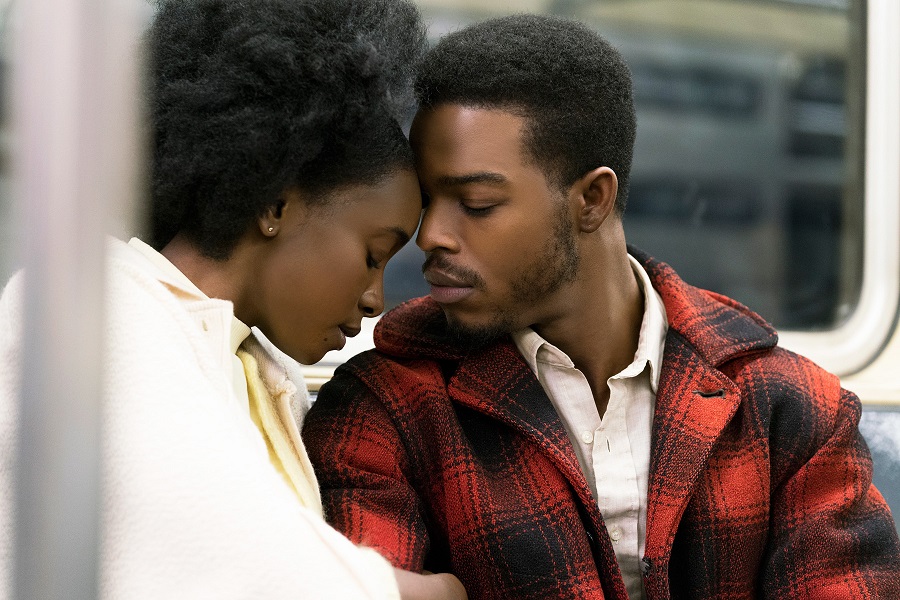 It doesn’t matter that this film stole my heart. I didn’t need it anyway.

Author James Baldwin’s work has rarely been translated to cinema. I Am Not Your Negro took unpublished writings and painted a portrait of Baldwin’s life, as well as his views on America as a whole. Fresh off his Oscar winning film, Moonlight, writer-director Barry Jenkins embarks on the difficult task of bringing Baldwin’s book If Beale Street Could Talk to life. Sitting at just under 200 pages long, If Beale Street Could Talk initially appears to be deceptively slight, but the mastery of Baldwin’s writing has the breadth of the African American experience being explored in profound depth.

If there were ever a more perfect relationship of source material and director, it is this. Moonlight was a tender, gentle, understanding and sympathetic look at the life of black gay men growing up in American. If Beale Street Could Talk amplifies its scope, encompassing intergenerational issues that plague black lives in America throughout the years. Set in 1970’s America, Beale Street follows the relationship of Tish (Kiki Layne) and Fonny (Stephan James) as they fall in love and grow together, only to be separated brutally by a false report of sexual assault which singles out Fonny as being the culprit.

Immediately, I already know that my review of this masterful, powerful, essential slice of cinema will not be enough to honour the brilliance that is on display here. How can I ever find the words to honour the feeling that James Laxton’s cinematography creates in your heart as his camera presents every character with a stunning level of beauty (yes, even Ed Skrein’s disgusting police officer)? How ever can I describe the brilliance and harmony that permeates through Nicholas Britell’s immersive score? How can I even begin to describe the way that Barry Jenkins weaves mournful sadness with a pinch of optimism together to show the way that families are torn apart, while they do everything in their power to stay together?

If Beale Street Could Talk talks so directly to the black experience in America, presenting history and reality in a comprehensive and clear manner. Barry Jenkins quietly explores African American history through the eyes of a family, allowing their lives to be a document of the way society is stacked up against people of colour in America. From the way that black men are coerced into pleading guilty for crimes they never committed, as the time they will do for the crime will be shorter and less expensive than the waiting they will have to endure while the trial period exhausts itself.

Jenkins direction and writing so keenly invites you to understand and empathise the life of people of colour in America, and in turn, American adjacent countries, that you can’t help but weep as injustice upon injustice is brought upon these souls who you are fortunate enough to spend time with. In a spectacular and tender manner, Jenkins manages to expose the white privilege in your life, inviting you to look at your own life and assess what fortunes society has deemed you worthy of simply because of the colour of your skin. This isn’t a demeaning invitation, it is a pure request for empathy and understanding, thanks to Laxton’s cinematography where characters look directly at the viewer, slowly removing the fourth wall and requesting you see these people for who they are – people.

Barry Jenkins is one of the modern masters of cinema. He is keenly aware of how to utilise every element that makes a film a film in the most precise manner. I don’t feel I can ever capture the brilliance of his work in a review alone, I can only thank him for allowing us to witness such beauty and empathy, and allowing us to learn from the wonder he presents on screen.

If my words aren’t enough to entice you to watch this film, then please, follow Barry Jenkins advice and read the following review from Little White Lies.