Taking a Look at the 2022 Cinefest Oz Film Finalists

The finalists for the Cinefest Oz 2022 film prize were announced this week. The festival is held in the beautiful tourist destination of Busselton, Western Australia, and surrounds. It’s run every August, with industry practitioners and film enthusiasts attending to celebrate Australian film and see which film will take home one of Australia’s richest film prizes worth a cool $100,000.

One of the films will have the honour of winning the prestigious award and being noted alongside Aussie cinema greats like Justin Kurzel’s Nitram, Robert Connolly’s Paper Planes, and Rosemary Meyers’ Girl Asleep, amongst others.

The festival also screens a wealth of Aussie shorts, features, and docs outside of the finalist selection, and even branches out to include international selections from New Zealand, France, and elsewhere.

In recent years, Cinefest Oz has expanded its regional reach, helping bring Aussie fare to the seaside town of Albany, showcasing entries like John Sheedy’s H Is For Happiness and Adam Morris’ Edward and Isabella that were filmed in the region. Getting to see your home town on screen is a unique and meaningful experience, so it’s great that the festival is able to bring these productions to the regions.

Rumours had been swirling behind the scenes that Cinefest Oz had been hoping to establish a Broome leg of the festival run to help complement the South West offering. In May 2022, thanks to the assistance of philanthropic group Arts Impact WA, Cinefest Oz (partnered with Goolarri Media Experience) were the successful recipients of a $100,000 grant to help establish an Indigenous film festival in Broome. It’s a mammoth achievement for the region and a huge boon for Indigenous filmmakers, and I genuinely can’t wait to see what comes out of the festival when it kicks off in November.

The 2022 nominees include Gracie Otto’s Seriously Red, Matt Nable’s Transfusion, and Goran Stolevski’s Of an Age.

Cinefest Oz board member Jub Clerc had worked with the Cinefest Oz team and Goolarri Media Experience to bring this festival run to life. As a result, the addition of her film Sweet As in the group of the four 2022 finalists for the Busselton leg of the fest raises some concerns.

While there’s no statement in the film prize entry terms and conditions for Cinefest Oz about board members submitting their own films for consideration by the festival jury (made up of Australian film industry practitioners), the optics of a board member being in the running for a $100,000 prize aren’t great. Given the insular nature of the Australian film industry, it’s likely that most wouldn’t bat an eye about this in a public forum, but would no doubt be raising concerns about it with colleagues behind closed doors.

While that’s mostly conjecture, it’s important to look at this nomination with an awareness of the history of Screenwest funding going directly towards board members. Granted these are two different organisations, but if the Australian film industry is an insular group, then the Western Australian film industry is a tightly packed café with not enough seats at the tables. There is inevitably going to be overlap as people move around and keep the WA film scene alive.

In recent years, the future of funding for Australian films has been discussed and analysed time and time and time again, highlighting the deep connection that film funding has with the mining industry. It’s no secret that Cinefest Oz is partnered with Rio Tinto, one of the biggest mining organisations in WA. I personally don’t have a clear solution to how the industry safely divests from mining funding, but I do know that many who work in the industry have raised ethical concerns about using mining dollars to fund the arts.

Protests in the streets of Perth helped highlight the communities discontent with Woodside’s connection to Perth’s Fringe World Festival. Under pressure, Fringe later visibly detached itself from Woodside, with the mining company being removed as a major sponsor for the festival, only to have the organisation “transition” to being a sponsor of philanthropic entity Artrage, a ‘non-for-profit registered charity and Western Australian arts and cultural organisation’ that just so happens to produce the Fringe World Festival.

One could easily point at the statement, “There’s no ethical consumption under capitalism,” and look, you’re not wrong. Heck, I’m a Freo Dockers supporter, and each week they run out onto the field with Woodside and Crypto currency logos on their jerseys.

I know the correlation between being nominated for a $100,000 prize and mining dollar funding might appear to be a tenuous one, but I make it to raise point that the standard that we walk past is the standard we accept. If the industry is becoming uncomfortable with receiving mining dollars, then no doubt the possibility of a board member of Cinefest Oz winning its biggest prize should also be a concern.

I write this knowing that I’m likely to ostracise myself from sections of the Australian film community, and that’s not a decision I take lightly. My interest has always been, and will always be, in supporting the films and the filmmakers who make the Australian cinema industry the powerhouse of diverse entertainment that it is. My interest and concerns about the way the industry operates have often been from a peripheral perspective, rarely explicitly commenting on the way the industry works in a public manner.

I respect the vision and intention of Cinefest Oz, and look forward to visiting the festival in the future and engaging with the industry events it has to offer. They are unique, exciting, and a great view into the world of Australian film. Which is why I write this piece hoping that a major organisation like Cinefest Oz recognises the growing concerns within the industry about mining dollars, and the perceived conflict of interest that has arisen with Jub Clerc’s Sweet As selected as a film finalist. 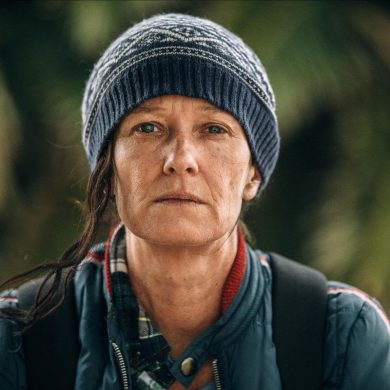