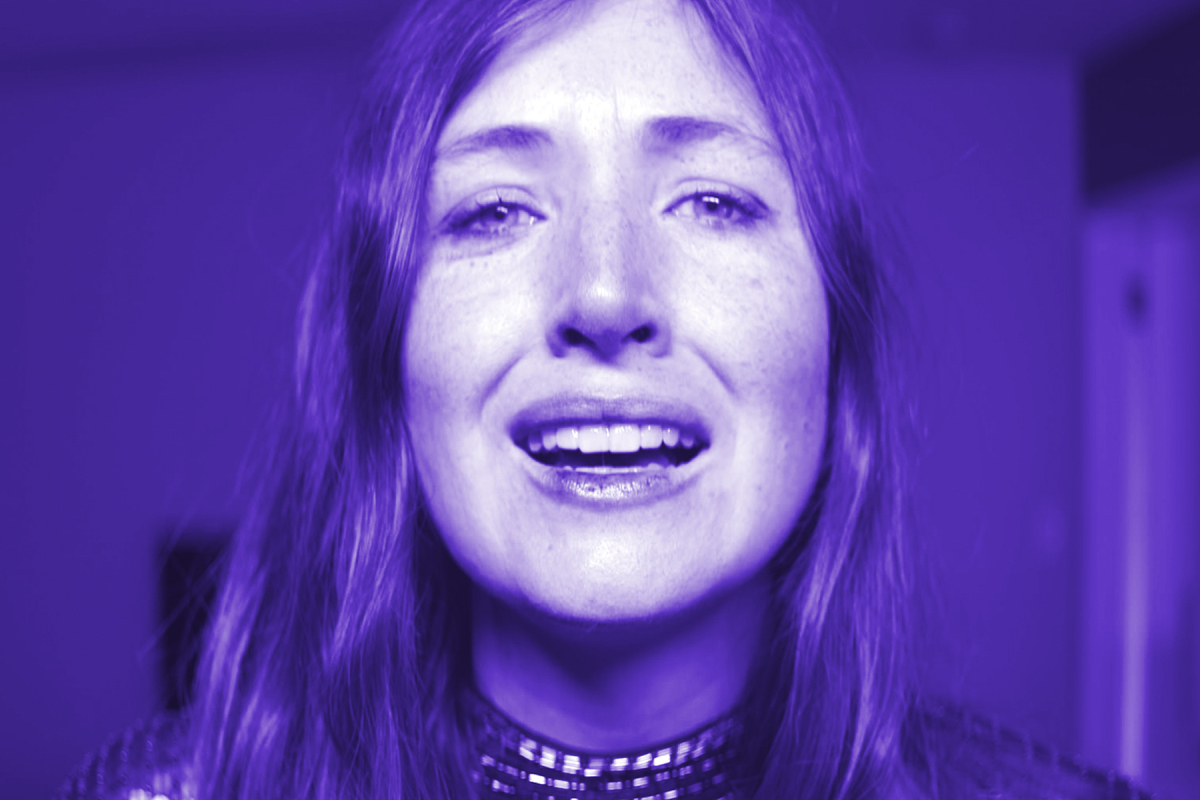 Wandering like a waif in the night, adorned in a dress of sequins and black, is Kate Lyn Shiel’s Amy. Something is wrong, and despite the security of her home, she feels an impending tragedy coming in her life: with utmost certainty, she believes she will die tomorrow. Amy listens to Mozart’s Requiem on repeat on her record player. She has found the comfort of alcohol once again. Minutes are filled with despair and a heavy state of inaction. A phone call to her friend Jane (Jane Adams) is met with a frustrated response of ‘not this again’. If we were going to pigeon-hole Amy, we’d say that she was gripped by the depths of depression.

As her alcohol-addled mournful mind carries Amy to her backyard, she becomes stagnant with despair, frozen in a tableau by the certainty that a cessation of her life is coming. Jane, attempting a level of unreciprocated support for Amy, arrives at her house, and is immediately frustrated by the reality that Amy is drinking once again. Furious, and with other places to be, Jane leaves, but not before hearing Amy state that ‘she will die tomorrow’. Dismissing Amy’s plight, Jane returns home, only to find herself plagued by the notion that she too will die tomorrow.

Writer/director Amy Seimetz’s masterfully paced horror She Dies Tomorrow skews towards the subdued, with each scene carrying a permeating feeling of hearing a barely audible heartbeat that, with each thump, reminds you that you are alive and that you are a mortal creature that will one day be dead. The reality of existential dread and the fear of dying passes between people like, well, Covid-19, with each new person being captured by the knowledge that death is near. But, Seimetz is less interested in the how they will die (or, even if they will die), and instead focuses on their reaction to the feeling that their time here is limited.

For some characters, their impending death is a push towards freedom, loosening the grip that the mundanity of their lives has over them, allowing them to embrace an untethered existence. For others, it’s a stupefying action that freezes them in place with the unshakeable realisation that they will soon cease to exist. For all characters, they simply cannot explain why they feel this way: they just do.

Thankfully, Seimetz never gives an explanation for this contagious mortal anxiety, instead providing moments where characters are entranced by colourful lights and a disturbed existence. Starring into the middle distance has never appeared so unsettling before. As each character confronts their doomed future, they become draped in an embrace of purple and blue, with waves of tears flowing down their face. Each soul becomes beautiful and glorious in the face of destruction, humbled by their own mortality they are bathed in glorious deep, dark lights.

Admittedly, this laissez faire directorial attitude may bother some viewers who could be turned off by the mood-driven atmospheric approach rather than the narrative driven film that the plot description may hint at (It Follows by way of A Ghost Story seems the most apt comparison), but Amy Seimetz’s writing and direction is so confident and assured that it’s hard not to be absorbed by her glimpse into the abyss that is our collectively raging mental states.

And sure, there is an aspect of She Dies Tomorrow that makes it an easy template for whatever kind of allegory you want to apply to it – is it a film about the political uproar in America?, or is it an expose on the increasing toll of mental illness on the population at large? – but the enduring vibe of the film is one of an eternal anxiety about, well, everything. We are mostly in control of the main aspects of our lives, yet the one realm that we’re permanently locked out of controlling is our own mortality. No matter how much we try, we simply cannot evade death. So when it is immediately in front of us, it becomes our own personal apocalypse. It’s that sense of impending doom, an unwavering threat to our own existence, that makes She Dies Tomorrow a tangible entity of nerve wracking reality.

2020 has thrust the taboo of death into our everyday lives, ensuring that we are forced to reconcile with the immediacy of our own mortality, with the reality that we are impermanent creatures on this planet living on borrowed time and merely toiling away until we are no more. Each day more friends and family members, husbands and wives, fathers and mothers, sons and daughters, are lost to an imperceptible entity that cuts through our existence with not a care in the world. We wake, look at a rising death toll, and wonder when our time is set to come. In 2020, the inevitability of death feels all too close and real, amplifying our mortality driven anxieties to fever pitch, almost filling the air with a stagnant sweat-laden stench of fear.

For me, I watched She Dies Tomorrow days before entering an unexpected endurance test of fevers and auto-immune driven aches. I lost grip of the world around me, and became all too conscious of the world spinning through space. As sweat dripped off my body, I could feel my mind galloping towards its own final conclusion. I lay there in bed, certain that I was going to die tomorrow. I didn’t dare utter that out loud, for fear of passing this on to whoever came to see me, but by gosh was I terrified.

Amy Seimetz’s film is a powerful, unshakeable slice of horror cinema. This is a grand, great film, one that feels all too relatable, and is all too proud for knowing that too. She Dies Tomorrow is so intimately entwined with the reality we live in, I found myself wondering whether this was actually a documentary. Seimetz perfectly captures the illogical fear that thrives in the depressive mind and maniacally conjures the feeling of an anxiety driven mind-spiralling out of control. It is, quite simply, the most pertinent and timely film about living with an unceasing panic attack.