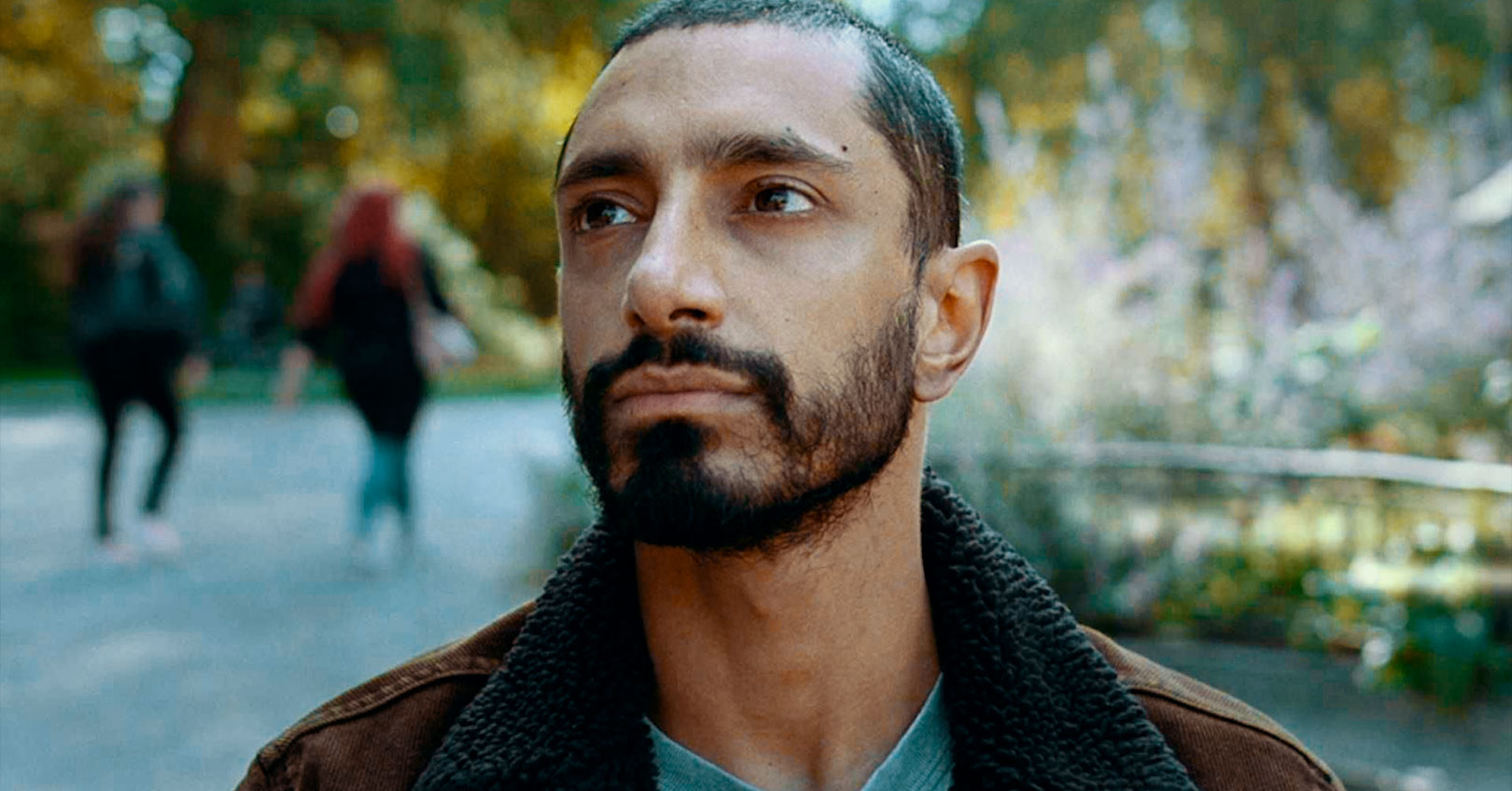 Sound of Metal is directed and co-written by Darius Marder, whose previous work included directing the 2008 documentary Loot and writing The Place Beyond the Pines. Here, Riz Ahmed stars as Ruben, a hard rock/alternative metal drummer who suddenly loses his hearing. Without any real explanation and with the barest chance of returning to normal, Ruben slowly unravels his life and works to his living end to pay for experimental surgery to restore his hearing. In the process, his girlfriend Lou (Olivia Cooke) continues playing their music in solo gigs, widening the gap of their once-intimate relationship, as Ruben’s past of addiction leads him to a journey of painful yet necessary discovery through his newfound disability.

The very idea of the story of “drummer goes deaf” should be enough to hook anyone. At first, I though the film would dive deeper into Ruben’s music and how tragic it is to lose that talent by being deaf. However, this is only the first twenty minutes or so of the film. What is surprising, challenging, and ultimately so satisfying about Sound of Metal is that it spends the next ninety minutes ingratiating itself, like Ruben does, in the rich and generous community of the deaf. We see in full detail how deaf people live their lives with each other, but still from Ruben’s perspective as a total outsider who has to learn how to be deaf. We learn alongside him the important lessons about how the “disabled” live day to day, and I put quotes around “disabled” because Sound of Music also challenges that notion, highlighting that they are instead differently abled.

While it is a beautiful thing to watch when a baby born deaf first hears their mother’s voice through a cochlear implant, it is another thing to respect when people who are deaf accept their disability as a part of who they are. Our technology and medical science has come so far, but every person is different. For Ruben, he never understands what being deaf really means. He, as a former addict, only obsesses over the repair and not the understanding. He is willing to sell off all that he owns just for the slightest chance of regaining what he lost. And, without spoiling the plot, it is for nothing. If you are an empty person made only of impulses and desperately holding on to things designed to fade away, then there is no technology that can fix that.

That message may just be specifically for this character in this film, but Sound of Metal still speaks to a universal truth that being “disabled” is not the end. Far from it. It is an opportunity. A recontextualization of your life that can be made easier by the benefits of the modern day, but can never be totally fixed. To live your best life, you have to accept the things you cannot change. That’s something they even tell addicts. All of these are simple truths, but they are rendered bold and beautiful by this wonderful film.

Riz Ahmed is giving the performance of his career, one made of shattering high points of visceral emotion bursting from every pore, but such tender silence in the end that breaks your heart. He has always been such a committed actor to any part I’ve seen him in, and Sound of Metal is giving him the chance to shine unfiltered and free. He is our focus, our complex and flawed protagonist, and he doesn’t play supporting to anything else except the sound design of the film, but more on that below. He deserves to be in the same conversation come Oscar time as Delroy Lindo in Da 5 Bloods and, from what I’ve only heard and not yet seen, Steven Yuen in Minari. It is just and right that such a magnificent performance be recognised in the best ways possible, or else we have failed. Watch the final scene of this film and try and tell me that your heart doesn’t even slightly break. Do it.

To no less extent, Olivia Cooke, Paul Raci, Lauren Ridloff, Mathieu Amalric, and the rest of the supporting cast blend so well as being commanding supporting players to the focused character journey of Ruben. Cooke, in particular, holds her own so well with Ahmed, both of them nailing their oh-so-important chemistry that as their collective narrative arcs climax, it unveils how earth-shatteringly real, raw and insightful they are together.

I’ve never seen Paul Raci before, but for one scene alone where he confronts Ruben about how empty he really is and how fraught his journey is, he also broke my heart. Raci is the kind of actor who with one look can cut deep into the emotional core of the whole film. Mathieu Amalric plays only a small role towards the end, but is always a top-notch performer. Additionally, even though she plays even less of a role than Amalric, Lauren Ridloff is a welcome bright ball of positivity and light that gently opens the door and stays in the room comforting us. I cannot wait to see what she gets up to in Marvel’s Eternals, currently slated for 2021, but I couldn’t help but empathically smile whenever she does.

If it reads like I’m raving on too much, just know it’s all justified. I loved Sound of Metal, even though I wasn’t even sure of how I liked it while watching it. Not knowing anything beyond the basic premise, I was pleasantly surprised in each scene that followed past the credits, never knowing exactly what kind of film I was getting. It wasn’t until the very last scene that I, like Ruben, was able to stop and listen intently to the transcendent sound of silence that I realised how much I loved this film. I haven’t stopped thinking about it in the last week or so since, and am left reeling at not being able to experience this magnificent piece of work in a theatre. It is captured perfectly on 16mm by Daniël Bouquet, edited invisibly by Mikkel E.G. Nielsen, the minimalist score from Nicolas Becker and Abraham Marder only comes through in a handful of scenes but makes a solid impact, and the sound. The sound of Sound of Metal. It is genius. Each important emotional beat of the film is tied to what the sound design is, whether it’s clear as day or distorted beyond comprehension. Much like the recognition of Riz Ahmed’s performance, if the sound design of this film isn’t recognised properly, then we have failed yet again.

Being a slow-paced character drama that succeeds on small moments, it may not be the most ground-swelling film that many might hope for in this season of awards-hopefuls. Accept it for what it is and love it all the same, because Sound of Metal is a masterpiece. That term may be overused, but feels so applicable to this sensitive, quietly-affecting, beautiful, tragic and thoroughly heartbreaking film you will not forget. Riz Ahmed is one of our finest actors, and this has gone neck and neck with Palm Springs for being my favourite film of 2020.