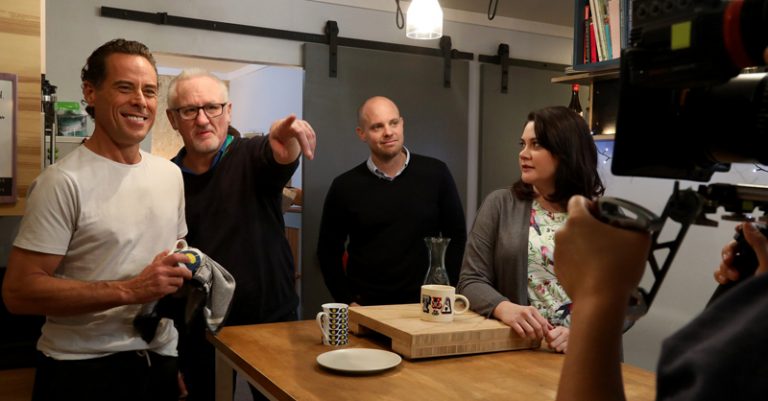 So, turns out classism, particularly in the arts, is a major trigger for me.

I mean, sure, it’s always been a bugbear. I’m constantly amazed at the assumption of relative wealth, privilege and access in the film industry in particular, but related spheres as well, but you just kind of learn to keep your mouth shut to get along – no, I didn’t go to that school, no I’ve never been to that city or that festival, no I’m not popping down to Dark Mofo any time soon, thank you very much.

That’s just passive, background class bullshit and you get it everywhere. Active classism, however, makes me see red. Some poor bastard recently made a couple of cracks about not seeing movies on discount days or in “bogan” suburbs because of the people in the audience, and I really tore him a new one. Went well over the top. That was uncalled for, but here’s the thing: inherent in his statement were a couple of assumptions. One, that people too poor to pay full price or who live in or go to less wealthy areas are inherently “lesser” – they can’t comport themselves appropriately in a theatre. Two, that his audience, which were film industry people, would agree with him.

Well, screw that. That is classism. That is gatekeeping. That is putting a ring around a group of people and saying they are less because of factors and circumstances beyond their control. Nobody chooses to be born poor, or working class, and nobody should have to be ashamed of it, or have to keep their mouth shut when people with wealth, with privilege, with educational and professional opportunities, make jokes like this.

It drives me insane because people who are normally on the right side of a whole swathe of other identity or social issues are absolutely blind to class, and their intersectionality collapses in a heap when confronted with class- and wealth-related issues. “It’s not my job to educate you” has become the battle cry when stoushing online with people with limited educational opportunities (mere access to the internet is not the panacea we would like it to be – people need to be taught how to learn). We joke about the dumb rednecks voting against their own interests, failing to see the inherent tragedy in a whole group of educationally, economically, and socially disadvantaged people being encouraged to do so by vested corporate and government interests. Believe me, these people will be at the absolute coalface of the seemingly inevitable environmental and economic collapse that is looming in the near future. They will bear the brunt. They should, and in a better world, would be allies, but increasingly the left refuses to engage with the working class (and this is key) in terms they can understand. We shout at them in a language they don’t know and call them dumb for not understanding. Stupid bloody bogans, hey? Goddamn Queensland rednecks.

But let’s circle back to the arts. Those limited educational and economic opportunities mean that working class voices are now largely and increasingly absent from the arts, simply because the means to enter the sector and have a viable career is beyond so many. We had a brief, shining moment in the ’70s and ’80s when arts education, like all education, was attainable for the working class (God bless you, Gough). That is now no longer the case, and the increasing trend to view tertiary education as an industry focused purely on career outcomes means that arts degrees are viewed with distrust, and the working class are encouraged to deride them. You not only have to struggle to break out of cultural norms (What are you going to fall back on? What are you going to do for a crust?), but then clear the economic hurdle of actually paying for your education (and thank you so much for lowering the HECS repayment threshold, you monstrous motherhumpers).

And so the arts once again becomes the playground of dilettantes. People who can afford to go to arts school, film school, WAAPA, NIDA, and so on and so on. Class lines get reinforced, old boys’ networks are the ratlines that lead to government funding for projects of size and ambition, and once again the voices being heard and the stories being told are of a particular type, stripe, and wealth. We see it in recent Sydney Film Festival opener Palm Beach, a very pleasant film about rich people with no significant problems, and we see it in the well-meaning but frankly patronising The Heights, which sets its drama in a social housing project and then populates it with characters who are upwardly mobile and equipped to move beyond the setting – the constraints that keep people in such places simply don’t exist for them. It’s almost laughable. I swear to you, sometimes it’s like They Live – I jab my elbow into people next to me, saying “Doesn’t that look weird to you?” and they just shrug. Class-based cultural ghettoisation is invisible to them.  But I promise, if you’re attuned to it, it’s impossible to ignore, and it is endemic.

Well, I am done with it. I am so goddamn tired of classism being the last allowable prejudice in the broad left. If your intersectionality doesn’t include class consciousness, it is useless – not just to me, personally, because of my background and my struggle, but functionally and broadly useless as a political ideology and strategy, because you see the people you actually need to achieve your aims on the national stage as beneath contempt. We have seen this in the last federal election – what should have been a slam dunk for Labor became a savage rout largely because the language of the discourse alienated Labor’s traditional voting base. And the contempt you feel for those who bought the big lies of the LNP and Clive Palmer – and I know you feel it –  is reinforced because the opportunity for people from rural, impoverished, or working class backgrounds to tell their stories is denied them – the cultural mechanism for engendering empathy and understanding is absent. They can’t tell their tales, and you don’t know how to communicate yours to them.

The bitter irony is that the people accusing the working class of voting against their own interests are, by deed if not by ballot, committing the same sin by alienating them – literally doing the one thing that prevents them from achieving meaningful political and social change. You can’t mock and deride people and then act surprised when they’re not your ally. That’s simply preposterous, and it’s amazing to me how many people simply fail to grasp what is, to me, a pretty basic concept.

But, fundamentally, I’m done letting casual classism slide in my own personal sphere. It’s not just offensive to me, it’s killing us – if you’re of a mind to, you can draw a straight line from the fragmentation of the left to our inability to meaningfully combat… (waves hand vaguely at the whole world). We need to stop. We need to check ourselves, and we need to check our friends. I honestly expect this rant, which hilariously started as a brief Facebook post before it all came pouring out, to fall on deaf ears, because trying to get people to question their own assumptions and prejudices always does. I’ve waved this flag before, and it’s disheartening to see who refuses to salute it. But screw it; if there’s no war but class war, you need to have a good, long think about which side you’re actually on, because from here in the trenches your uniform is suspect. 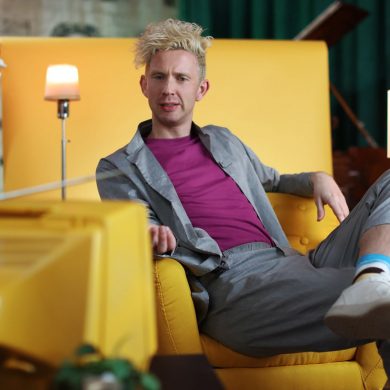