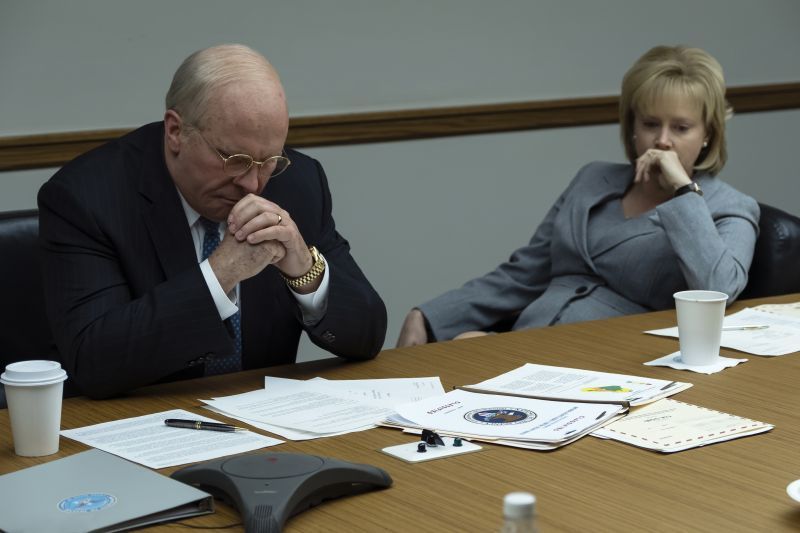 In nature documentaries, there are always two narratives working at once. You have the prey – a terrified gazelle fleeing across the Savannah, pulling every trick it knows in a bid to simply stay alive. Then, you have the predator – at once, stalking slowly through the brush, then launching at its intended food with all the energy in the world, sometimes having to give chase in the hope that it’ll exhaust the creature and get a bite to eat. Depending on whether you’re watching an episode that focuses on the predator or the prey, you are usually only given one side of the narrative.

So, the gazelle is fleeing for its life. The fear is palpable. You can’t help but hope that this poor gazelle survives and makes it back to its herd safely. David Attenborough narrates the battle with all the urgency that impending death requires. As the battle wears on, and predator and prey become more weary, the gazelle manages to survive somehow.

But, the other narrative is the predator, a lion looking to grab some food for its pride. It’s the pinnacle of summer and heat is pouring down across the flat lands they call home. It’s brutal trying to live out there when there’s such little water, and food is scarce. You can’t help but want the lion to survive. Yeah, the gazelle is going to be eaten alive, but thanks to the same urgent narration from Attenborough, you’re able to appreciate the struggles that the predator goes through to just survive.

If anything, the two narratives – predator and prey – are really not all that different from one another. They both want to live, and they both will do anything and everything they can to do exactly that. It’s simply the way that the documentary wishes to present that narrative that makes us understand and empathise with the lion wanting to kill the gazelle, or the gazelle wanting one more day on earth. We get it.

Adam McKay’s follow up to his Oscar winning finance flick The Big Short, Vice, is a little bit like a nature documentary. Heck, at times McKay even inserts footage from nature documentaries of impala’s and gazelles copping it sweet on the plains. But, instead of following political prey, it follows the political behemoth predator that is Vice President Dick Cheney.

Said Dick is played by the ever reliable Christian Bale. After delivering a career best performance in The Big Short, Bale one up’s himself and delivers easily one of the finest performances from an actor in modern history as the toxic, terrifying, and towering Dick Cheney. Look, reviewers will often use the term ‘chameleon’ or say that an actor ‘becomes unrecognisable’ as a way of stating how great the performance is, and most of the time it’s because they’re short of words to describe how great the performance is, or they’re simply being a touch lazy. And sure, when I implement the sentence:

Christian Bale is unrecognisable as Dick Cheney. Ever the chameleon, Bale loses himself in this role in a way that makes me hope he’s getting counselling afterwards.

I do so with the notion that it’s rote and tired. We’ve heard this before about Bale. We’ve heard this before about Amy Adams as well – ever Bale’s equal, and delivering another towering performance that’s paired perfectly with Bale (see The Fighter and American Hustle for previous collaborations). Yet, for want of a better term, Christian Bale is just like a chameleon here. He becomes Dick Cheney.

So, all that talk about predators and prey and nature documentaries? Why? Well, Vice is like the predator episode of a nature documentary. While David Attenborough doesn’t lend his vocal prowess to the narration of this flick – that honour falls on the great Jesse Plemons who manages to dead pan his way through the flick in superb fashion -, the vibe rings true loud and clear. Adam McKay intends to take the deepest of dives into one of the most powerful (and secretive) men in American politics. And, to do so, he employs something so rarely applied to villains – empathy.

You have to empathise with them.

If this sounds a lot like I’m suggesting the film is asking us to be sorry that Hitler’s paintings weren’t better appreciated, then I’m not doing a good job of explaining myself. Adam McKay makes a definitive statement at the end of Vice that everything that he’s just put you through is extremely left leaning stuff. It’s just driven by facts.

In a world of outrage culture, in a world where the left refuses to listen to the right, in a world where the right puts forward blanket statements that everything the left says is ‘fake news’, McKay is putting forward the statement that, hey, maybe if you shut up and listen to the core details, the core facts, that you’ll understand how we all ended up in this mess that we’re in.

Just like The Big Short, McKay employs some of the darkest, bleakest comedy to keep you laughing as the apocalypse unfurls. At times, the laughter becomes a little too comfortable – such as the repeated heart attacks that Cheney has, and his apologetic announcement that ‘I think I need to go to the hospital’, all of which culminate in one heck of a sucker punch revelation. But, just when you think you’re starting to question whether McKay is starting to care about Cheney and co., he hits you with bleak facts about how far reaching Cheney’s actions were.

Christian Bale and Amy Adams are paired with one heck of a supporting cast. First up, Steve Carrell is simply perfect casting as Donald Rumsfeld – his jowl waggling joy as he embraces the end of democracy is terrifying. Sam Rockwell makes good on his Oscar win to remind us why he’s one of the finest actors working today with his portrayal of George W. Bush. He elevates the dimness of the one-time ‘worst president’ to the point where you start to question whether it’s all a ruse – only for Bush to say and do something absurdly stupid. Tyler Perry is pitch perfect as Colin Powell, with one sequence where he has to deliver a speech he doesn’t particularly want to give being a gut churning one. LisaGay Hamilton is also superb in a small role as Condoleezza Rice.

It’s easy to throw praise on the cast given the brilliant material they’re working with. It’s operatic and almost Shakespearean. McKay’s script is informed, entertaining, and engaging. McKay plays with the format of film perfectly – Bertolt Brecht would be weeping at how perfectly the breaking of the fourth wall is executed here.

The Big Short is one of the finest films of the last ten years. It drags you into the world of the global financial crisis, and explains how we all ended up in that mess. Vice does exactly the same, but for the world of American politics. This is fairy floss for those who love dark comedies and politics. Not only is this a career best film from everyone involved, it’s also easily one of the finest films made about American history, well, ever.

To call it a masterpiece feels like I’m short changing it by the overuse of that word. But, Vice is a masterpiece. Vice is a towering achievement of cinema.

I walked out of the cinema, giddy from what I’d just seen, knowing that I wouldn’t be able to talk about this film for two weeks thanks to an embargo. As I watched in the darkness from the edge of my seat, a security guard periodically looked through his night vision goggles to ensure nobody was recording the event. I’d never seen this happen before – let alone in little old Perth – but it certainly amplified the absurdity of what was going on on screen.

I asked myself, how the heck can this be real? But, like Ricky Jay’s narrator says at the end of Magnolia, this actually happened. This is real life.