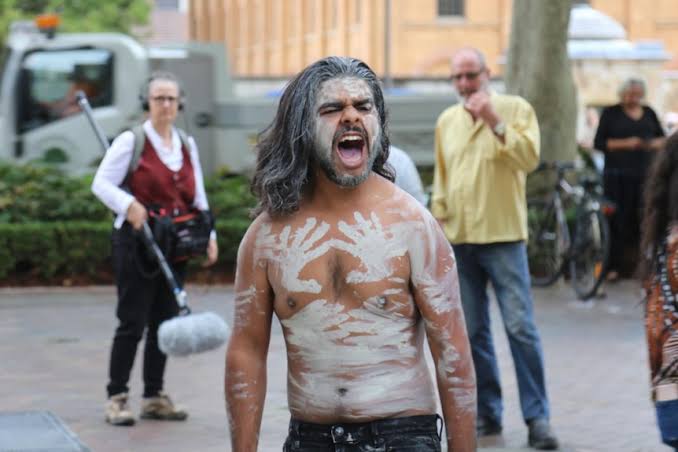 Readers are advised that this article contains the names of Aboriginal people who have died.

There’s a certain level of expectation that comes with true crime documentaries. With the echo of the tone set by The Thin Blue Line, ringing through the years through films like the Paradise Lost trilogy, and The Jinx, there’s an understanding that a true crime documentary should present the genuine perpetrator, alongside some kind of closure for the victims and the family. With a slew of searing and powerful revelations being made along the way, these films made an undeniable, significant impact on their subjects’ lives.

Yet, it’s hard to shake the obvious racial aspect that’s missing from them: they’re all about white victims. Sitting alongside devastating and essential documentaries like Murder on a Sunday Morning and The Tall Man is the heartbreaking, essential, and anger-inducing documentary, The Bowraville Murders. Where these films focused on the perpetrators, falsely accused or otherwise, The Bowraville Murders engages with the enduring, decades long search for justice for three young Aboriginal kids from small rural town of Bowraville, NSW, who were murdered over a five-month period in 1990-1991, and whose killer still remains at large: 16-year-old Colleen Walker, four-year-old Evelyn Greenup, and 16-year-old Clinton Speedy-Duroux.

Directed by Muruwari investigative journalist, Allan Clarke, The Bowraville Murders further exposes the already crippling structural and institutional racism that forms part of the foundational aspect of Australian society. In complex and painful detail, The Bowraville Murders meticulously documents the past thirty years of a judicial system that failed three young victims before they even had a chance at justice.

Importantly, Clarke details how family and community focused the Aboriginal population of Bowraville is, highlighting how close each of the victim’s families were, living together on the same street, joining in celebrating the oncoming new year and Christmas as a community. The tragic events play fresh in the minds of many of the residents who talk about their fight for justice throughout the film, with family members and close relatives each speaking with distinct clarity about what occurred, while also fairly criticising the manner that the police who failed in their duty of care simply because the victims were Aboriginal.

Victim blaming carries across the decades, with application upon application for retrial being denied amidst a complex and labyrinthine legal system that actively obfuscates and shuts off any path of justice for Aboriginal folks in Australia. If this were an isolated case, it would be frustrating and upsetting, and ideally be used as a signpost for a moment of change in Australia, but this is modern Australia, and it doesn’t take much to realise how stagnant and actively cruel the justice system is for Aboriginal folks. Amplifying that depressing realisation is Clinton’s nephew, a man fighting for justice for his murdered uncle, saying the ‘wheels of justice move slow, but only for Blackfellas’.

In a moment of hope, ex-Detective Gary Jubelin is drawn into the case, immediately becoming furious at the shoddy and careless police work at the time of the crimes taking place, and seeking to rectify the harmful and wilful errors of his police force colleagues by supporting the Bowraville community. But that hope is fleeting, as his years of support comes with disappointment as appeal after appeal is denied. In a damning moment of causation, Jubelin’s vocal disgust at the way the police force and the judicial system treat the victims and the Aboriginal community leads to a loss of work by way of complaint. The message is clear from the police: by standing up for ‘them’ and not defending ‘us’, you are not welcome here.

In a film that’s already packed with compelling and anger-inducing narrative beats, it is almost extraneous to have Stan Grant appear, sitting in a vacant theatre, further explaining the significance of the lack of criminal charges associated with this murder. His presence is, as always, valuable and integral to outlining how this is not an isolated case, highlighting how, when discussed alongside the overwhelming number of deaths in custody, horrifying victim blaming, and cultural erasure, ‘Australia is a crime scene’.

As such, The Bowraville Murders paints a damning picture of a racist system that actively shuts off the path for justice for Aboriginal folks, year after year after year. If you couldn’t see that we live in a racist society that is structurally designed to denigrate and deny the traditional owners of this land we call ‘Australia’ safe lives, then this film will slam that notion home powerfully. If, after watching, you still can’t see the way racism perpetuates through all aspects of our society, then you’re part of the problem.

True crime documentaries often conclude in a tidy and resolute manner, but there is nothing neat about the story within The Bowraville Murders, with the lack of closure leaving you as angry as the families who are still seeking justice. As a document of an unjust society, this is heavy work, but utterly vital viewing. Watch alongside Incarceration Nation, also on SBS On Demand.

Hellboy Review – A Dud Reboot That Should Have Stayed Buried