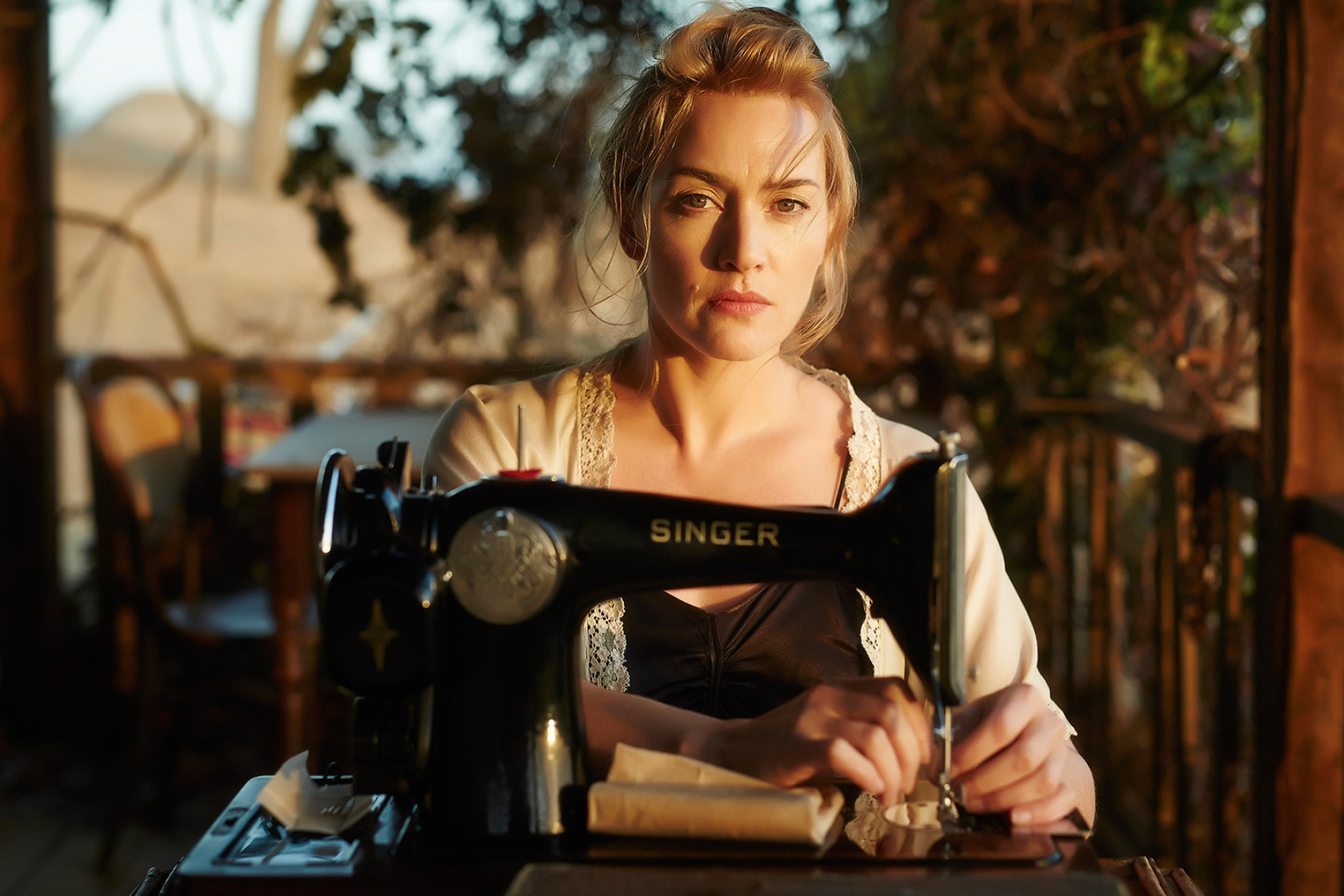 The Dressmaker Review – One of the Most Iconic, Defining Entries in the Australian Film Pantheon

Deep in the background, as the obligatory Aussie film drone shot opens Jocelyn Moorhouse’s masterful Western The Dressmaker, you can faintly hear the iconic whistle of Ennio Morricone’s The Good, The Bad, and the Ugly them being carried on the wind of the outback. A bus rollicks into town carrying a vengeful dressmaker, one Tilly Dunnage (Kate Winslet), a returning inhabitant seeking the truth of her past and to reconnect with her estranged mother, Molly (Judy Davis). This Western-with-a-dress masterfully displays a welcome array of ocker-aesthetics, all with the heightened fashion of haute couture and Dior, making for one of the most entertaining and unique genre-flicks to come out during the 2010s.

Australian filmmakers found great joy in toying with the Western genre during the decade, with filmmakers like Ivan Sen manipulating the modern Western with films like Mystery Road and Goldstone, and Warwick Thornton crafting an epic for the ages with Sweet Country. But, it was Jocelyn Moorhouse who transplanted the traditional drifter story into the Aussie outback, replacing the toothpick chewing Clint Eastwood with a Singer-slinging Kate Winslet, and by doing so, elevating the genre to new heights.

Tilly was institutionalised as a ten-year-old, being dragged away from her home of Dungatar after she was told that she had killed a young boy. With nary a memory of this event, she returns home to find the truth of this caustic allegation, and by doing so, she uncovers a web of toxicity, hate, and spite, all wrapped up in a town whose inhabitants are obnoxiously self-absorbed and frightfully egotistical. Revenge rages in Tilly’s mind as she regenerates her ailing mother and reinvigorates the towns’ sense of worth by transforming the dully draped women into glorious icons.

Jocelyn Moorhouse and husband PJ Hogan wrote the script, and together they use Rosalie Ham’s text to conjure larger-than-life villains, uproariously delightful mothers, and beatific beaus, all of whom fill out the fictional town of Dungatar in explosive fashion, making it feel like it is the most vibrant and expressive rural town in Australian cinema. Yes, there is nary an Indigenous character to be seen here, and while that would usually be cause for concern, The Dressmaker exemplifies itself by highlighting the pathetic nature of white Australians. Almost every character is a figure of frustration. They are destructive, vain, and care little for the world around them, even as they support and nurture the toxic and crude older men who have manipulated the town into being a misogynistic playground.

In many ways, The Dressmaker acts as a grand, searing analogy for the pathetic nature of Australia as a whole. Every inhabitant is so self-absorbed and so pathetically terrified of their own truths being discovered, that they each, in their own manipulative way, discard the life of a ten-year-old-girl simply for self-preservation. For some, like Hugo Weaving’s cross-dressing police officer Sergeant Farrat, his self-preservation expends Tilly’s freedom to save his own closeted existence. For others, like Shane Bourne’s aptly named, grotesque councilman, Evan Pettyman, his decision to demand the removal of Tilly for his sons death is the price he wishes to pay to allow his continued manipulation of the town and his wealthy wife. Even Kerry Fox’s demonic schoolteacher Beulah Harridiene exists as a lecherous leader, grooming and nurturing cruel boys into the towns future leaders, all the while she tends to her sanctuary of garden figures that surround the school. This is her safe haven, just as the entire town is a security blanket for each occupant.

Additionally, each layer of complexity that is applied to the characters helps inform the toxicity and distrust within the ‘community’ of Dungatar. Darkness is not far away from the surface, with spousal abuse, homophobia, and general envy, flowing through the veins of many of the towns people, but under Moorhouse’s guidance, it never feels overly heavy. Instead, it feels like a joyous stress ball that is so immensely satisfying to squeeze.

The land, just like the souls of the Dungatarians, is empty and devoid of life. Dead trees erupt from the ground through weathered rocks. The ground appears to reject life, although it’s within Molly’s dishevelled abode that nature finds some comfort. A renegade possum calls the upturned house its home, replete with twigs and leaves that give a natural rustic look that feels almost quaint. As Tilly attempts to revive the life within her mother, she does so by manhandling her into a tub full of soothing milky water with lavender and rosemary to ease the mind.

Tilly’s outwardly altruistic intentions of reinvigorating and transforming the town and making its inhabitants both look good and feel worthwhile gives The Dressmaker much of its visual delight. The dresses and costumes that Tilly creates are simply stunning, with the sight of Kate Winslet dressed in a glorious red couture dress while smoking a cigarette and turning the tide of a local football Grand Final becoming an immediately iconic moment in Australian history. Sure enough, the award-winning costume design by Marlon Boyce and Margot Wilson is exemplary. With Gillian Armstrong’s excellent documentary Women He’s Undressed in mind, it’s worthwhile remembering the importance of a good costume, namely in the manner that it supports and elevates the actor who is wearing it. And sure enough, the costumes here make Kate Winslet, Judy Davis, Sarah Snook, Hugo Weaving, and Liam Hemsworth, all the better for having worn them.

Each character is equally elevated by the costumes, giving the actors ample tools to create some of the finest performances of their careers. Jocelyn Moorhouse’s direction supports each actor comfortably, allowing them to naturally shift from the biting comedic moments through to the quietly devastating tragedy that accentuates the back third of the film. The biting comedy within The Dressmaker is best described as being delicious. Yet, the tangible tang that comes with every scene is knowingly delivered with a wealth of heart and humanity. Each line of dialogue is littered with witticisms and pointed barbs that enlighten the fractured relationship that Tilly and Molly have with one another, and in unison, that the two have with the town of Dungatar. This is a Western, so of course there is an impactful loss that spurs on the final act of revenge, but it’s an earned tragedy that is comfortably supported by a narrative that requires its presence.

The masterful nature of The Dressmaker lies in how, just like Tilly Dunnage, Jocelyn Moorhouse has pulled inspiration from the global stage, teasing out tendrils of the American Western, mirroring the high fashion of France, and echoing the vivacious eye of Fellini’s Italy, and in its combination, there is something truly Australian at play. It took almost two decades to get another Jocelyn Moorhouse film (one of Australia’s finest directors), and while the wait was long and difficult, the resulting effort is easily one of the most iconic, defining entries in the Australian film pantheon.

Writers: Jocelyn Moorhouse, P.J. Hogan, (based on the novel The Dressmaker by Rosalie Ham)