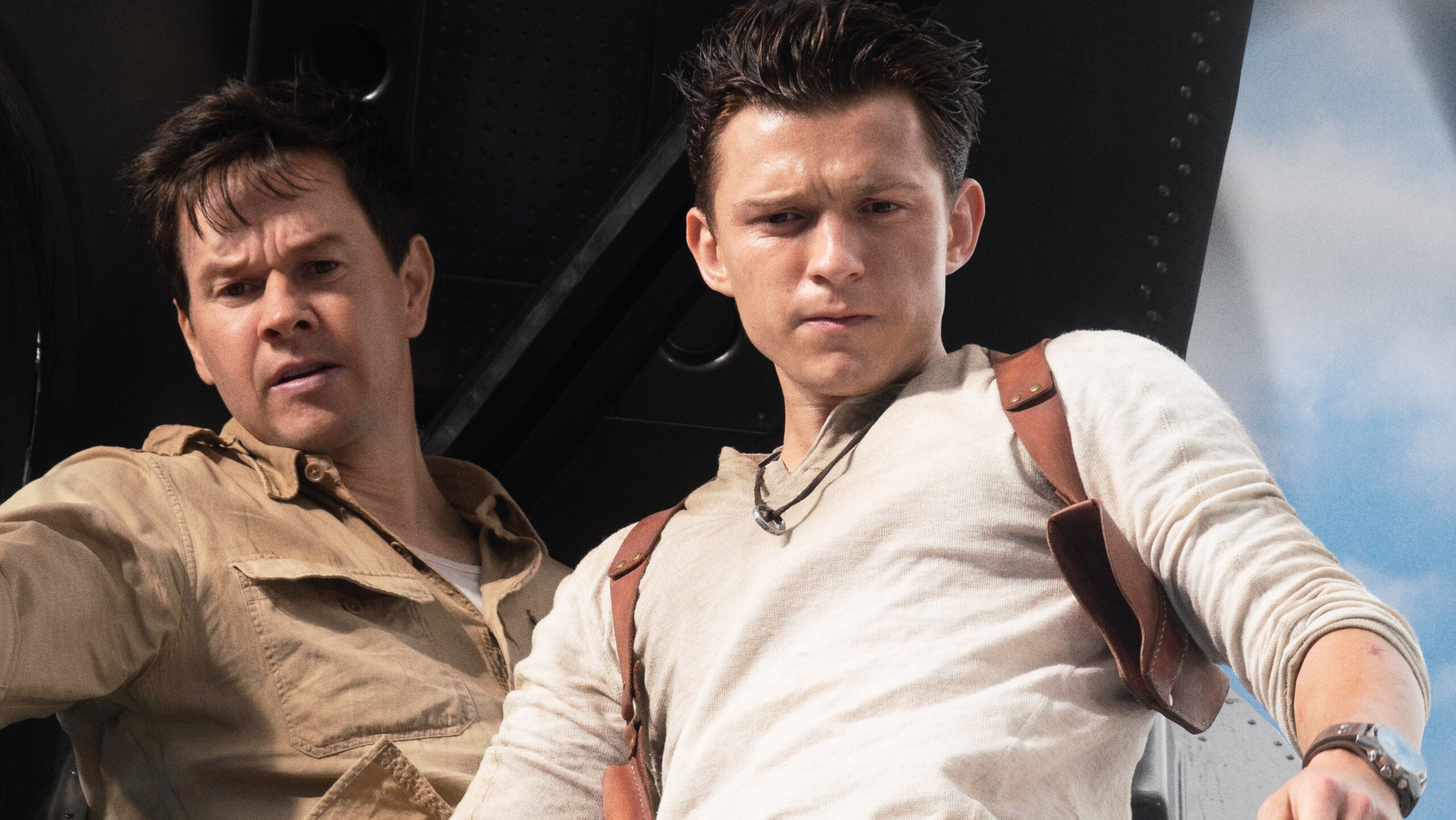 
I’ve never played Naughty Dog’s Uncharted PlayStation games, but the good word is that they’re a lot of fun, engaging, intricate, action filled, blessed with a charming protagonist, and extremely cinematic. Unfortunately none of the former can be applied to Ruben Fleischer’s formulaic and inept movie based on the property.

The film begins with an over-the-top action sequence (that apparently comes from the game) and then flashes back to fifteen years earlier where young Nathan Drake and his older brother Sam are orphans in a Catholic institution. Sam is obsessed with treasure hunting and breaks into museums trying to piece together the legend of Magellan’s gold, which as the story would have the real reason he navigated the globe was to amass riches for the powerful dynastic house, the Moncadas.

Sam is eventually caught breaking in once too often and instead of being sent to juvenile detention opts to disappear in the night leaving Nathan with his precious puzzle ring and the promise they will be united.

Cut back to present day and Nathan (Tom Holland) is a street savvy young man working as a bartender in a swanky joint serving up cocktails and petty theft in equal measure. Here he is approached by veteran treasure seeker Victor “Sully” Sullivan (Mark Wahlberg) to get into bigger scores and adventures. The logic of Sully recruiting Nathan at that moment seems to not really make sense, but as the film progresses we learn that Sully had previously teamed up with Sam who promised him that Nathan was every bit as fascinated by Magellan’s mysterious 18 and their lost treasure as he is.

What follows is a hunt for maguffins that plays out with very mixed results. Nathan is far from the slick operator that Sully requires to be an equal partner and his lack of experience gets them into more scrapes than is necessary. Supposedly we are watching the birth of Nathan Drake the treasure hunter as he is significantly younger than the character in the game. Trying to get in on the ground floor with an origin story may have seemed a canny studio move when their eyes are on the prize for a set of sequels, but it is more jarring than successful. Nathan is apparently smart enough to work out intricated puzzles, but he seems to have an issue being able to judge the most basic of human interactions. He’s woefully naïve but also an embarrassingly undercooked action hero. Holland put on a lot of muscle for the role and can sometimes hold his own in fight sequences, but it often appears that he lucks out when he succeeds rather than getting there from skill (and really, what action skill is a bartender supposed to have anyway?).

The story introduces us to others searching for Magellan’s gold. The one note and utterly nefarious Santiago Moncada (Antonio Banderas) whose family historically paid for Magellan’s expedition and in his mind the riches are his birthright. Assisted by the lethal and more nefarious Braddock (Tati Gabrielle) Moncada pits his money and resources against the two treasure seekers. A third element is added with the introduction of Chloe Frazer (Sophia Ali) who at some stage has worked with Sully and is not enamoured of him. Frazer is supposed to be Australian which will confuse local viewers as her accent slips all over the place – a small bugbear but one that is genuinely confusing.

As can be expected with action heavy adventure films there are some impressive set pieces, but they are often overshadowed by their ludicrous nature and at times shoddy CGI. A long middle act that set in Barcelona drags the energy down. When finally Drake and company get to the territory where Magellan’s legendary ships apparently rest the audience is ready for some big action. Big action is what they get, but it’s also utter nonsense.

There is of course a willing suspension of disbelief that we all go in on with films of this nature. What can’t be papered over is the lack of chemistry between absolutely everyone. Wahlberg’s Sully isn’t a charming rogue, he’s a venal blight that grows a kind of conscience. It’s also hard to stomach how every amazing object has a dollar attached to it. If we are to barrack for Nathan Drake we need him to have more of a conscience. The film references Indiana Jones, so it is fair we make the comparison. Jones doesn’t hunt for priceless antiquities so he can end up rich. His goal is conserving history. Drake and company are all about the financial gain. I don’t know if this is inbuilt into the games, but it makes it a little harder to barrack for the good guys when their goal is essentially the same as the bad guy’s.

Holland does his best to bring his boyish charm to the role and often is the only saving grace on screen. His character may not be in any way credible but at least he’s doing his best to sell it. Wahlberg’s Sully is so utterly charmless that it is cringe inducing.

Us Review – Another Warped Original Film from Jordan Peele

Uncharted may hold some pleasure for fans of the game, but it is also possible they will be the most disappointed. As I can only judge the film itself on its own dubious merits as a piece of cinema, my strong suggestion is that you either spend your time watching a good adventure movie or just play the game instead. At least you’re in the driver’s seat with the latter and not being taken along for an insipid and uninspired ride.