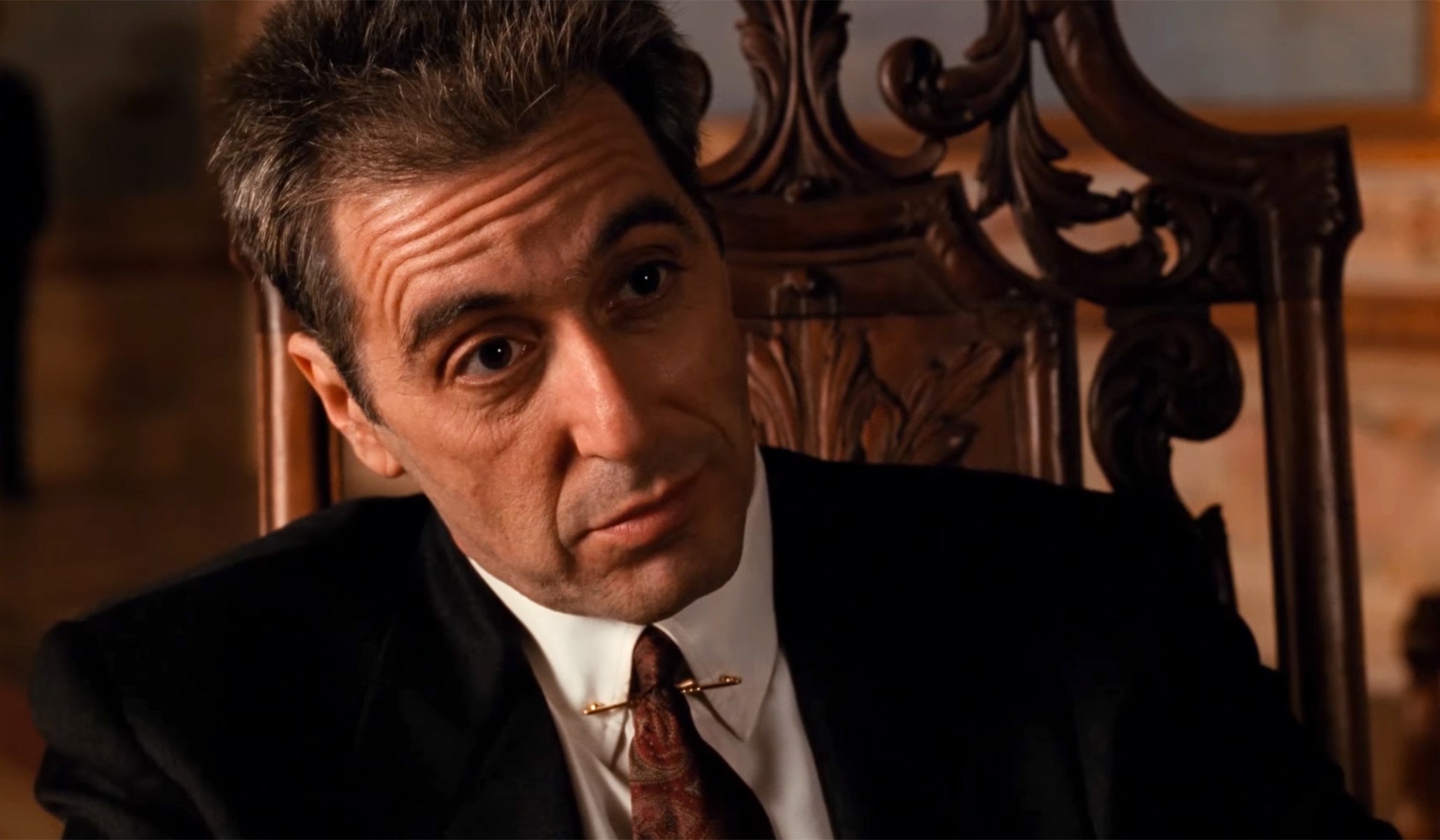 The Godfather, Coda: The Death of Michael Corleone Review – A Needless Rework of an Already Certified Dud

It has been thirty years since the release of The Godfather Part III. At the time, the film received mixed-to-positive reviews, with critics favouring Pacino’s performance but widely criticising Sofia Coppola’s. It has since become the go-to example of failed third entries in a trilogy. For its 30th anniversary, writer-director-producer Francis Ford Coppola has set out to refine his maligned third Godfather entry into something closer to what he and co-writer Mario Puzo originally intended. Now, four minutes shorter and boasting a new opening and ending, we have The Godfather, Coda: The Death of Michael Corleone.

Is it worth your time? Absolutely not.

I might have been one of those people who, when they first watched the Godfather trilogy, would have said that Part III isn’t that bad, that it actually has some decent stuff. In the rewatches since, my opinion has sharply declined into a flat, middling outlook on the whole thing. Some positives remain, but watching Godfather, Coda, a supposed redefinition from the man who made it, some new negatives are opened up.

If you’ve already seen Godfather Part III, then you’re probably intensely curious as to what is really different in this new cut. Practically nothing. Yes, there is a new opening. Instead of showing a moody montage of Michael Corleone’s (Al Pacino) Lake Tahoe estate now in ruins from decades of neglect, the opening credits cut straight into Michael talking with Archbishop Gilday (Donal Donnelly). This scene does reinforce from the beginning the whole Vatican banking scandal and Michael getting into a complex financial situation that was far too confusing in the original cut. This new opening is just moving one midpoint scene up by twenty-or-so minutes, which only makes clear the purpose of that scene in the original edit. I much prefer the original moodier montage of a Corleone estate in ruins, drawing straight links to Michael’s remaining guilt that plagues him throughout this film.

The Godfather, Coda continues along and I had the same feeling watching it as I did rewatching the theatrical version with my Dad last year: things all seem okay at first. Andy Garcia’s Vincent Mancini is a big ball of scene-chewing energy that makes every scene more enjoyable, but everything feels wrong as soon as Sofia Coppola, Talia Shire, Diane Keaton, Eli Wallach or indeed any of the other supporting characters open their mouths. After the opening 20 minutes which plays as an obvious parallel to the famous wedding scene from the first film, I realised quickly that this cut, beyond that slightly different opening, is relatively the same as the original cut. Each scene plays out in the same order, the confusing plot is still there, the terrible dialogue remains, and every painful scene of Sofia Coppola trying to act as Mary Corleone involved in that terribly misguided romance with her cousin Vincent is still here, and it’s still awful. Thank God she turned out to be an infinitely better filmmaker.

Maybe Francis Ford Coppola could give a detailed list of all the minor structural or pacing edits he and the assistant editors made, but if you’re just trying to watch this cut as a new movie, the changes are all mostly invisible. I was so annoyed that this was just the same boring, pointless film that I started praying that the ending, something known to be different to what we got, was going to be a great departure that made the hour long round trip up to Palace Cinemas late at night worth it.

Coda closes with the same opera scene playing out, probably the highlight of the whole film, cross-cutting, in true Godfather fashion, between a scene of absolute religious might with terrible acts of violence committed by those who seek power more than anything. Then Mary Corleone gets shot, Al Pacino goes full Al Pacino to the point of each actor staring at his way-over-the-top performance in sheer disbelief, and then it cuts twenty years in the future, Michael Corleone now old and frail, waiting out his remaining days in Sicily. So far, the exact same. Michael puts his sunglasses on, and then, instead of cutting to an exterior shot showing Michael dying in his chair, completely alone, the film fades to black and says some nonsense quote about how “a Sicilian never forgets”.

That’s it? That’s all Coppola did? Granted, I shouldn’t have expected much when the reported runtime of Godfather, Coda was four minutes shorter than the theatrical cut, but is that all they did? A later scene moved to the beginning, and the rather fantastic original ending showing Michael dying from a purposefully objective angle, leaving us as empty as he was in his final years, replaced with a cheap fade-to-black and unmemorable quote? Wow.

Francis Ford Coppola did something similar last year. In 2019, he released Apocalypse Now: Final Cut which was essentially a refined and perfected version of the 2001 Redux version. While the French Plantation sequence remained, one could write it off as the perfect bathroom break point, and the rest of the film was remastered in 4K with brand-new low-frequency sound technology that enhanced the nauseating qualities of the story. It was an exhausting three hours, but I felt lucky to see that cut in a theatre last year.

Maybe, and this is the clincher, it’s because Apocalypse Now was already a great film that I remember and love already. Godfather Part III is not, so unless Godfather, Coda was going to be a merciless and vicious re-edit that included reshoots thirty years later, it was never going to be worth it. The biggest problem with the film that is never changed with any new edit is that it never needed to exist. Paramount Pictures promised to recoup any debt that Francis Ford Coppola still had after his massive box-office disaster 1982’s One From the Heart only if he would make a third Godfather film. Coppola said yes, but not just to recover the debt that had been hanging on his head like a noose for the entire 1980s, but also because he really wanted to make his amazing “Dracula” movie as soon as possible.

The Godfather Part III only exists because of studio politics, and you can feel it in the final product, no matter which edit. The dialogue lacks the crisp qualities of its predecessors, the violence just goes too far to the point of parody, the returning characters are useless shells, and the new characters are ludicrous. I still like the story of Michael Corleone trying to be a good and honest businessman in his twilight years, only for his past to forever haunt him and eventually steal from him those that he loves, far beyond the control he fought and shed blood for. However, even the thing I like most reminds me of how I feel about Star Wars: Episode III – Revenge of the Sith: great ideas, sloppy execution. The Godfather, Coda: The Death of Michael Corleone was an unfortunate waste of time, plain and simple.