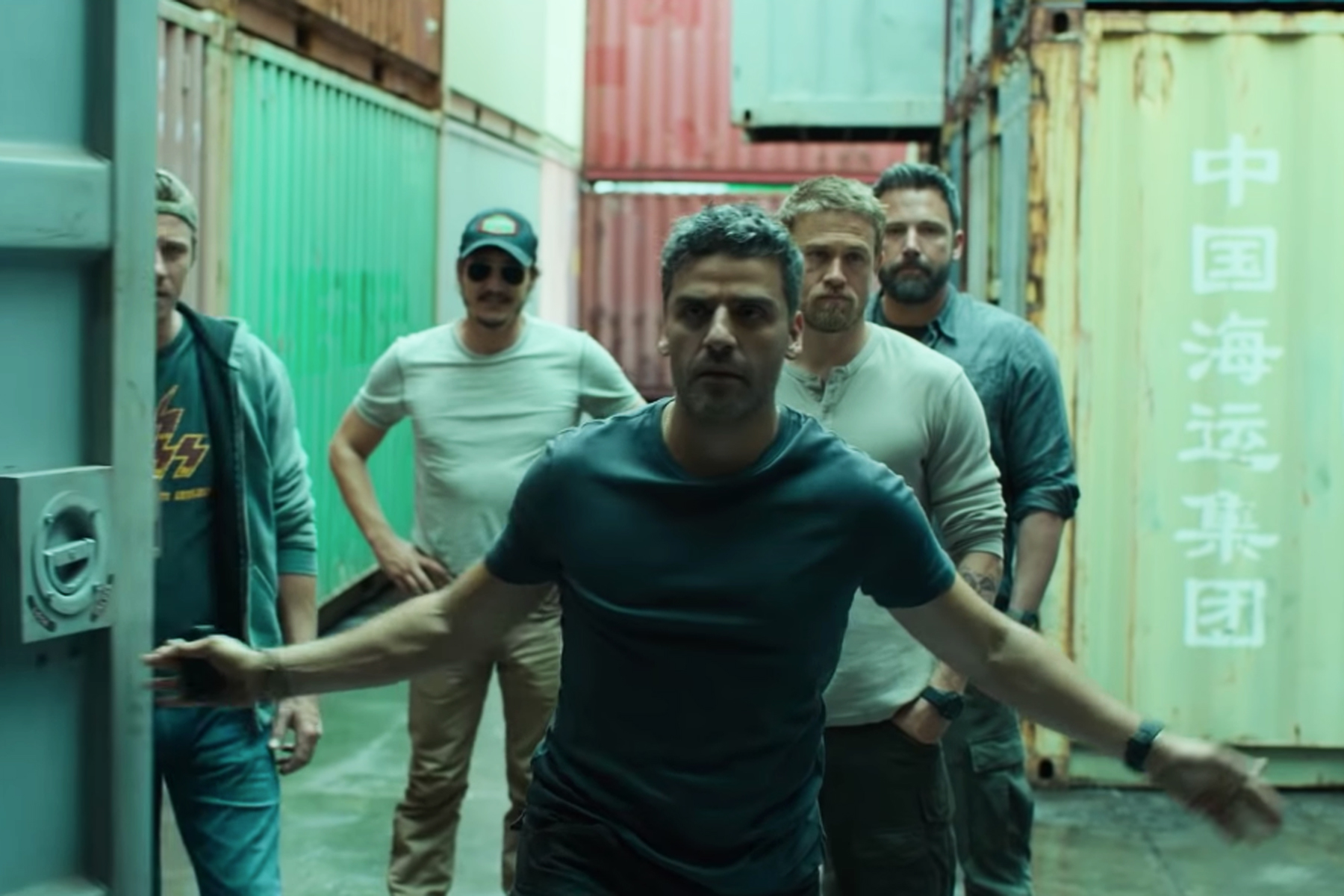 When you have the likes of Oscar Isaac, Ben Affleck, Garret Hedlund, Charlie Hunnam, and Pedro Pascal headlining a film you would expect nothing but the best but sadly, with Triple Frontier, you get nowhere near it. Big name casts mean nothing.

Triple Frontier explores the actions and consequences of five ex-military men as they plan and execute a heist in the Amazon jungle. It’s not clear what type of film it really wants to be – is it an action film? A thriller? An adventure film? I really don’t know. There is a lot of walking, I know that. Maybe it’s a cross between Heat, The Losers, and The Lord of the Rings.

There is not a whole lot to cover here. The directing is fine, the action sequences are great, although there is really only one – the heist itself, there are a couple other small shoot outs and a car chase, but they don’t last long. The cast is good, they are all seasoned professionals and they don’t put a foot wrong. None of it is worth discussing either way.

What is wrong with Triple Frontier is its ability to give us characters we care about. The five war veterans played by the aforementioned five actors are characters we know not nearly enough to make us care about them. Santiago Garcia (Oscar Isaac) consults with South American police forces and militaries and has a bad neck and knees. Tom Davis (Ben Affleck) sells real estate and is going through a nasty divorce, he also struggles to pay bills. William Miller (Charlie Hunnam) is a public speaker at military bases to help other vets understand how hard and dangerous it can be readjusting to civilian life. Ben Miller (Garret Hedlund) is a boxer – not a great one. Francisco Morales (Pedro Pascal) and his partner just had a baby, and he’s lost his pilot’s licence due to cocaine use. Drugs, financial issues and sore knees are everyday problems that everyday people experience – I really struggled to see any reason that I needed to cheer for these guys while they commit murder and theft to make their own lives easier.

Columbia will also benefit from the heist as it will remove drug king pin Gabriel Lorea (Reynaldo Gallegos) from power, of which he holds in spades. The only character who is someone we could possibly care about is Yovanna, played by Adria Arjona. She is an employee of the drug-lord Yovanna is also Santiago’s lover and is trying hard to convince him to get rid of Lorea. She is the only one truly concerned for her country and is between a rock and a hard place as being a part of the heist is the only way she can help bring Lorea down, even if it means she will be hunted.

The heist is a success, but the getaway plan is where things go really awry, which presents the next issue. We’re subjected to watching this group of guys we don’t care about sit on a helicopter for some an amount of time, and then walk through jungles and over mountains with $200 odd million in bags (that’s a lot of bags by the way). The waiting game becomes a complete bore as the tension of the heist is over, and the uninteresting characters don’t make the tedium any easier. At one point a donkey falls off of a cliff to its demise and I sort of hoped that everything and everyone else would too so it could end. The epitome of the boredom comes when we sit there watching the team pass bag after bag to each other, moving so slowly that even a snail could overtake them. Maybe the film is trying to showcase determination and commitment. If that is the case, then maybe I could make 125-minute film about people determined to sit through this one.