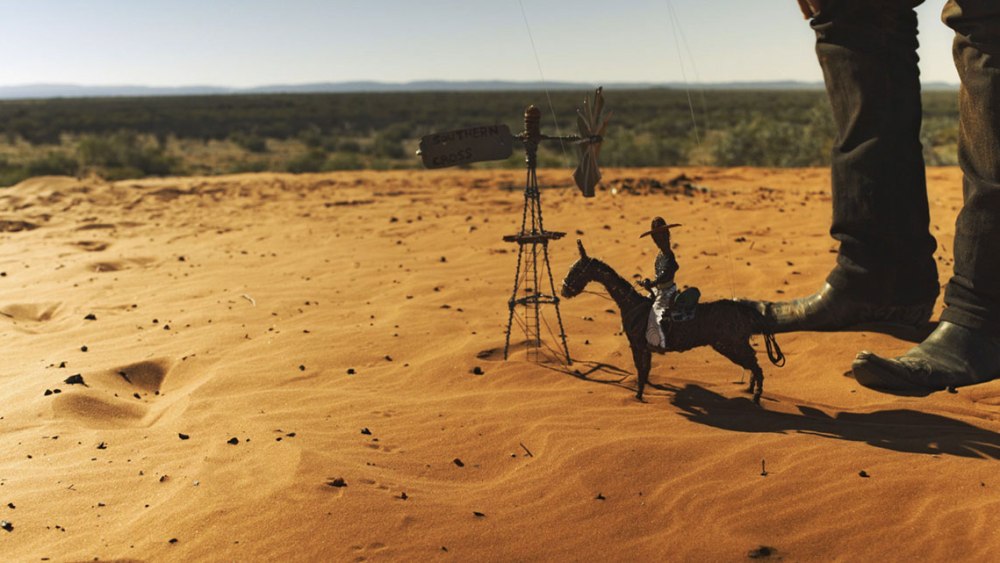 We Don’t Need a Map Review

Warwick Thornton is a director with an agenda – namely, the agenda to bring Indigenous stories and history to life via cinema. From Samson & Delilah to Sweet Country, he strings a bow that links the past of indigenous history to the present. With his documentary, We Don’t Need a Map, he stretches back further than ever before into Indigenous history and brings the stories of how the Southern Cross came into existence to life.

Instead of being a methodical, planned out film, We Don’t Need a Map has a raucous, punk-rock mentality, where Thornton skips from idea to idea, only letting them sit with the viewer for a minute so they can ruminate for a brief moment before quickly moving on to the next one. Shots of him setting up a camera, or getting a shot in focus, are intercut interviews with Australian figures – all of which have an opinion on these five stars in the sky.

The ideas themselves are salient and explore Australian history as it is being made today, and the history that extends tens of thousands of years back in time. The collision between Indigenous history and modern history is given a fair shake, with a damning discussion about how the Southern Cross has been co-opted by far right leaning white people being the main through line. The stars adorn tanned bodies as a proud symbol of patriotism, and Thornton makes a clear correlation between the way the swastika was dragged kicking and screaming from Buddhism into the realm of Nazi’s, and sees a modern distinction with the way the Southern Cross has had all relevance to Indigenous history stripped back and slapped on racist proud boys en masse via tattoos.

We Don’t Need a Map isn’t just a rant and rave about how the Southern Cross has been turned into a racist symbol, it’s also a deep dive into Australian history and Indigenous history. The Southern Cross – after all – helped guide explorers to this land down under, and Thornton utilises some evocative and expressive figures to showcase the journey that Captain Cook and co. took to reach Australia, re-enacting their trek across red sand dunes. A lot of the joy in We Don’t Need a Map comes from Thornton’s energy and vibrancy as he interrogates these figures, explaining that while they may be welcome on this land, it is Indigenous land – always was, always will be – and that while they are on this land, they need to respect the past, present, and future traditional owners of this land.

It’s clear that Thornton expects viewers to gain empathy and understanding about the value of Indigenous history, but the haphazard way that the film is executed (with aforementioned camera set ups and scattershot opinions) often feels like it detracts from the core message itself. While I am personally a huge fan of Gareth Liddard’s work with The Drones, I’m not sure I entirely see the value of his opinion on the Southern Cross (no matter how important the message of Taman Shud is). Thornton is an energetic MC, and always a joy to hear talk, but it’s hard to deny that We Don’t Need a Map feels like a first draft of a deep thesis that was handed in with a note on it saying ‘nuff said’.

That sentence feels overly dismissive of what the documentary is: essentially, an interesting think piece about a symbol that represents Australia. Thornton’s visits to regional Australia to discuss the Indigenous history of the Southern Cross is valuable in itself, as these are stories that are so rarely allowed to be discussed in such an open venue as this. But, any reparations that might mend the bridge that divides Indigenous Australia and the right leaning folks who have co-opted the stars for toxic reasons, are simply not to be found here. At the end, it appears that Thornton is merely suggesting, hey, don’t get a tattoo of the Southern Cross and all will be tops.

The discussion that’s being had in We Don’t Need a Map is an important one, but it’s the continuation of a discussion that much of Australia is simply not ready to have. Of course, be the change you want to happen, and Thornton is definitely doing that with this film. One can hope that with the massive amounts of Invasion Day rallies that occur around Australia each year as January 26th rolls around, there will be a change coming and the imagery of the Southern Cross will be swept up in it. For now, this film exists and the conversation is continuing, ever so slowly.