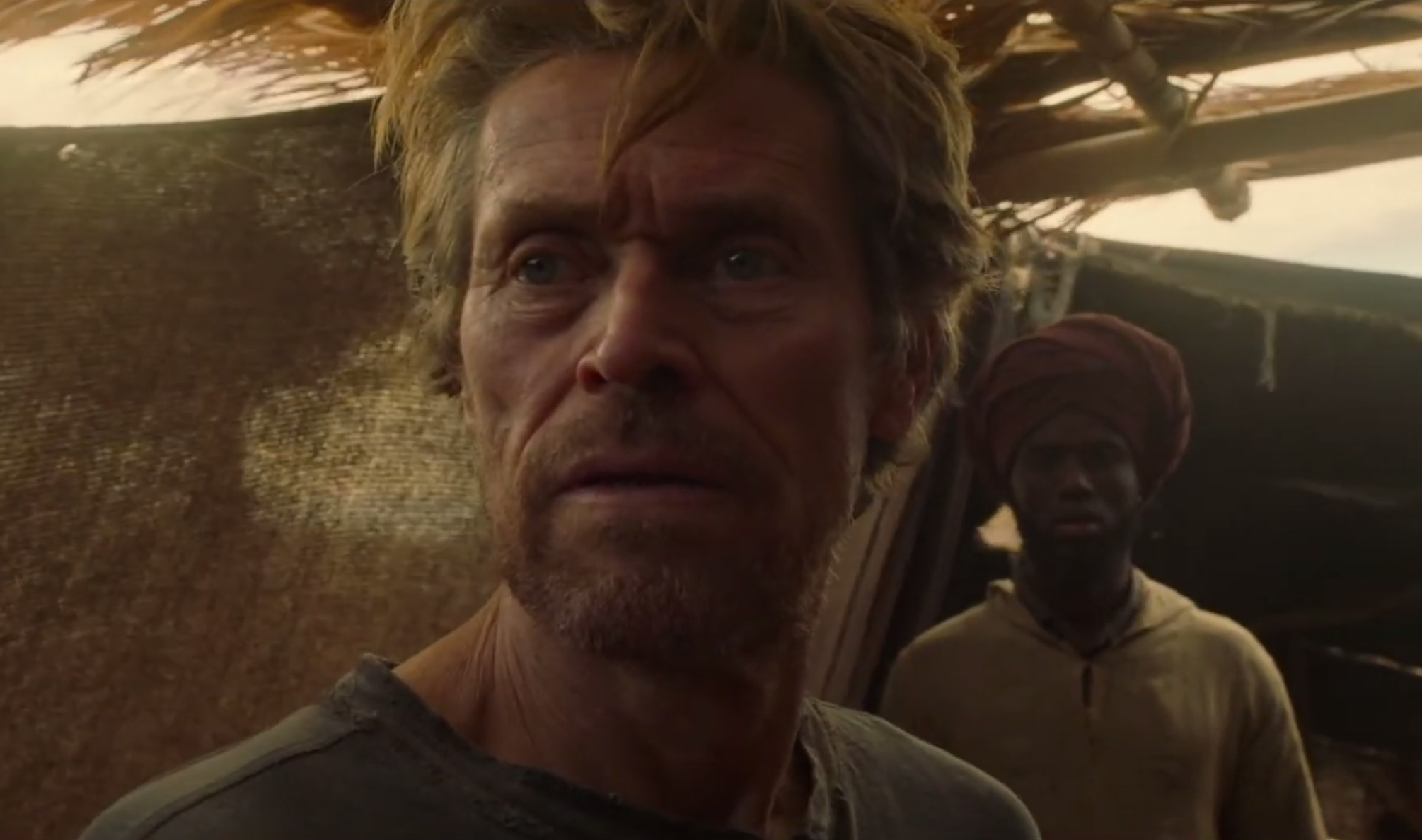 
The American Dream is repeatedly cited as a lofty but achievable goal that can be attained through hard work and the sheer will to succeed. How often expectations meet reality can be seen in the swathe of economic disparity on display, especially in Los Angeles, where Miranda July’s profoundly sad but ultimately uplifting comedy Kajillionaire takes place, which posits that home is not necessarily where the heart is.

Old Dolio Dyer (Evan Rachel Wood) lives off-the-grid with her parents (Debra Winger and Richard Jenkins) in an ex-office building in an industrial area of Los Angeles. They make ends meet on the outskirts of society running penny ante scams and repurposing what they find on the street. When they meet the young and attractive Melanie (Gina Rodriguez) during one of their “skims”, it becomes increasingly clear to Old Dolio that her parents have denied her, not only the opportunity to experience life, but of familial love and affection. So, with Melanie she absconds to investigate the wider world and decide for herself what kind of life she is not only owed but deserves.

At one point Melanie asks the Dyer parents if they’re Amish, which at first seems like a weird joke in a film filled with them, but soon it becomes clear there is a parallel experience being explored beyond the one-liner. Old Dolio (named for a homeless man her parents were trying to scam, natch) ends up performing a version of the Amish tradition of rumspringa,when the child leaves the family to experience the world and decide if they want to stay Amish or reject the faith. This becomes the basis of a series of gags that reflect the two worlds inhabited by Old Dolio and Melanie, highlighting not just the differences but the similarities of their lives in an America where you can really only rely on yourself if you are to get by.

What sells the film completely is the performances. Winger is suitably withholding as the taciturn mother and Jenkins is hilariously spot-on as the neurotic, egotistical father who does not know best. Rodriguez is terrific as the ingenue who has hidden depths and experience to share and pitches her performance as Melanie perfectly to be more than just the object of affection. However, it is Wood who is the MVP here. She plays Old Dolio as such a bundle of frayed nerves and introverted panic that you cannot help but yearn to hug her – if she could stand to be touched, that is. It is her delayed rite-of-passage that anchors the film and she takes us all with her along for the sometimes funny, always bizarre, but finally uplifting journey right up to the touching denouement.

To describe Kajillionaire is difficult as it actively resists classification. It is a quirky comedy which is more awkward and sad than laugh-out-loud funny, though there are moments of hilarity. It also threatens to tip over into being nauseatingly twee at times but July manages to keep the delicate balance and take us on a ride that is so singular in its vision that it is nothing short of admirable.


In their sixth collaboration since New Rose Hotel in 1998, Abel Ferrara and Willem Dafoe go all-in to blur the lines between the personas of director and star with Siberia; a non-chronological, experimental and deeply philosophical rumination on death, sex, fatherhood, existential dread, life, the universe and everything. The result is a mixed but ultimately fascinating cinematic dreamscape that is as enigmatic as it is pretentious.

Clint (Dafoe) is a middle-aged man living on the frontier of civilisation, running a remote outpost amidst a vast, frozen wilderness. He provides shelter, liquor and hot coffee to passers-by, who range from local indigenous trappers to elderly babushkas. Or does he? It quickly becomes clear that all is not as it seems, as scenes of Clint’s meagre living are quickly dispersed with non-sequitur narrative jumps and meandering journeys through multiple landscapes both physical and emotional. Is Clint having an identity crisis? A mid-life crisis? Is he dying and his life is flashing before his eyes? The answers are not easy to come by, but it just might be all-of-the-above.

At 69 years of age, Abel Ferrara, director of Driller Killer, King of New York, Bad Lieutenant and former enfant terrible of the New York film scene,is getting older, and as he approaches his twilight years he seems to be looking back on his own life through the lens of his camera and casting Willem Dafoe as some reflection or amalgamation of his hopes, his dreams and his regrets. Dafoe imbues his Ferrara surrogate with a hang-dog world-weariness that we already see his life written across his face. The film then proceeds into a cinematic one-man show with Dafoe playing multiple roles, including Clint’s own father and a dark reflection of himself that speaks to all his faults.

Ferrara eschews narrative convention in favour of inserting Dafoe’s Clint into various vignettes, which are loosely connected by a vague thread relating to what is perhaps his ultimate fate (the repetition of hospital imagery is telling). Throughout the film Clint tries to reconcile his relationship with his father and with the women in his life, he seeks out a black magician to try and connect with some deeper mysteries and he faces his own role as a father to a child he seemingly abandoned. These events take place in isolation but speak to the overall condition of his soul, the existence of which is also up for debate.

Siberia is a very experimental offering from the usually pulpy Ferrara, and it is a film that will fascinate some and infuriate many. It is highly pretentious, to be sure, but that is not necessarily a bad thing. Despite Clint’s search for answers the director also keeps them distant from the audience, to suggest that we must seek them ourselves, or whether they are even knowable at all. While the pretentions may get the better of Ferrara in moments, there is a final and quick tongue-in-cheek aside from the veteran filmmaker to suggest that despite the existential dread, that perhaps we shouldn’t take life and death all that seriously in the end.


The first Indian film to screen at the Venice Film Festival since Monsoon Wedding in 2001, writer/director Chaitanya Tamhane’s sophomore feature The Disciple took away the Best Screenplay prize for its minimalist and deceptively deep examination of one man’s pursuit of artistic purity within India’s classical music scene.

In 2006, Sharad Nerulkar (Aditya Modak) is one of three aspiring singers studying under their Guruji (Arun Dravid) in pursuit of perfecting the intricate and mostly improvised raags that are the cornerstone of Indian classical singing. Nerulkar has great technique but he cannot quite measure up to the great singers of the past whom he idolises. Cut to the present day and Nerulkar is teaching a new generation of singers but his dreams of greatness continue to go unfulfilled and he becomes increasingly jaded and resentful.

Turning a critical eye toward the increasing modernity of 21st century Mumbai, director Tamhane uses the very specific world of Indian classical singing to speak to the universal struggles of pursuing artistic expression. Sharad feels the pressure to reach the same transcendental spirituality of his mentors while at the same time struggling to reconcile that with the emotional baggage of the material world. Never is this more apparent than when he becomes a teacher himself and he succumbs to jealousy when a talented student is poached by a classical/rock fusion band and abuses his power.

Taking a less-is-more approach to both the script and the screen, Tamhane conjures Sharad’s emotional journey in the silences between scenes and in the words left unsaid, slowly revealing his inner life which eventually plays out across actor Modak’s blank-faced performance. Bolstered by Michal Sobocinski’s gorgeous deep-focus digital cinematography and the ethereal quality of traditional Indian music, The Disciple excellently portrays a man adrift in his own life as he tries to find new ways to express his passion for the music he so dearly loves, which he feels, at times, might not love him back. 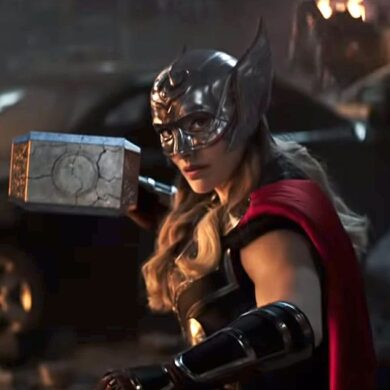