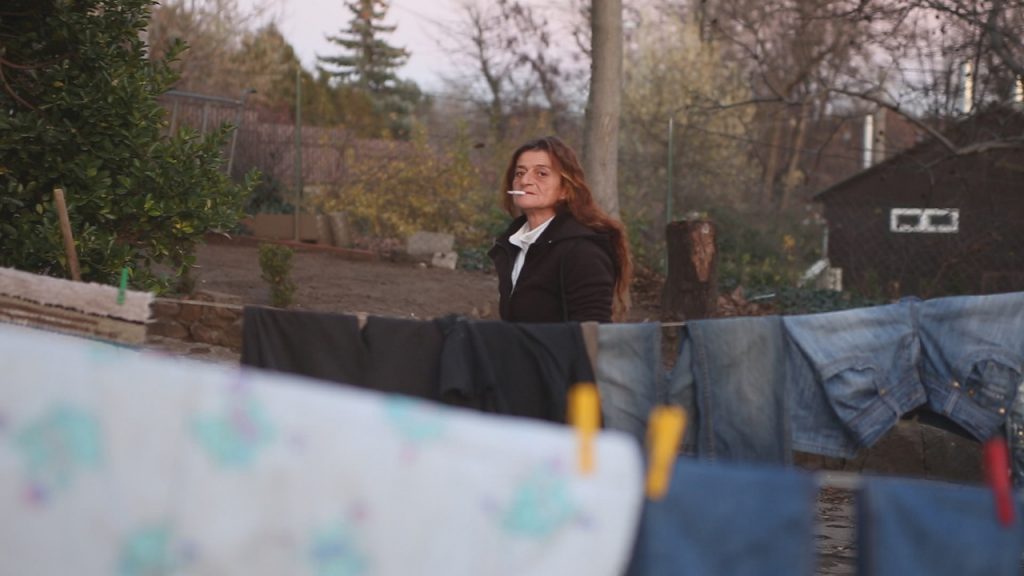 Have you ever sat in a film and want to equally thank and curse at a director? Have you ever sat there as the lights rise in the cinema, feeling immensely overwhelmed with helplessness and devastation? Have you ever wondered whether there is ever going to be anything positive out of this whole ‘humanity’ experiment that seems to be running the world into the ground?

If the answer to those questions was no, then boy have I got the film for you.

A Woman Captured is a documentary by Bernadett Tuza-Ritter. It follows a 53-year old domestic slave who is given the name ‘Marish’. Tuza-Ritter wishes to tell ‘Marish’s story, and to do so, has to pay her captor, Eta, to have the privilege of filming the life of ‘Marish’. The camera almost solely focuses on ‘Marish’, with the people she both works alongside and lives with existing on the fringe of the cameras viewpoint.

For the sake of this review, and respect to Edith, I will no longer call her by her domestic slave name – Marish, and honour her birth name.

There’s no denying that A Woman Captured is a film that needs to exist. Worldwide ignorance or complacency may lead people to think that nope, slavery was eradicated when Abraham Lincoln abolished it way back when. But, this is clearly not the case, with the Global Slavery Index estimating in 2016 that there were 45.8 million people in some form of modern slavery.

Edith’s story is one that needed to be told. Extreme poverty in Eastern Europe has dragged many unfortunate souls into the trap of domestic slavery. In Edith’s case, a visit to a hospital over a decade ago brought her in contact with Eta, a woman who promises Edith a job for her and her daughter when she is out of hospital. Ten years later, and Edith’s daughter has managed to escape, leaving Edith behind to work for Eta, giving all the money she earns to her.

We only get to see a brief glimpse of Eta as she sits in a light-less room, a cigarette between her garish, tacky pink fingernails. She doesn’t want to be shown on camera, and because of the agreement that Bernadett has with Eta, she has to comply with this request. See, for Bernadett to tell Edith’s story, she has to pay Eta to have access to her house and to film there.

The difficult, unsettling early scenes of Edith working day and night for people who see her as a tool to be used and abused, and not as a person, make way for an immensely powerful finale. Even so, it’s hard not to question the role of Bernadett as a filmmaker when she engages with Edith in ways that has her saying things like ‘your intuition is shit’ to her. Is she there to document and observe, or is she there to help adjust the narrative of Edith’s life and get her into a safe place?

Initially, Bernadett appears to be there simply to document the situation and get out. As she grows to know Edith and learn her story, Bernadett then challenges the position a documentarian, breaking down the barrier between the filmmaker and the subject and, in turn, takes an active role in breaking Edith out of her prison life. It soon becomes evident that Edith needed Bernadett to help give her the impetus to break free from Eta.

As a domestic slave, Edith thanks Bernadett for helping her story get out to the world. Slavery is a powerful, toxic entity – monopolising on the weak and subjugating those without privilege. Edith understands that for her story to have an impact, the pain and the suffering needs to be shown. At this point, Edith realises that maybe she will never be free, but maybe if her story is out there, that it will help someone else in the same situation, or help someone avoid ending up like she has.

For Eta, her excuse for keeping Edith captive is one of pointlessness and distraction – she is there almost ‘just because she can’. Bernadett’s camera is never allowed to show anyone other than Edith in Eta’s house. There are people on the outskirts of the frame, giving the impression that Edith is a spirit floating through the house unseen – as if she is operating in a world of her own. It’s disturbing and unsettling, especially as Eta’s voice rings through the obviously cold house, throwing abuse at the slaves she keeps, with Edith simply standing in a detached room, appearing to withstand the abuse as much as she can.

A Woman Captured is a truly devastating film. I walked out of the cinema into a cold July morning. The rain poured down, covering any evidence that there may be a sun in the sky. I felt consumed by helplessness, unsure what I could do to help those trapped in domestic slavery. Sure, I felt happy that Edith was out of her situation, and reunited with her daughter, but I was also reminded that she is one of millions of people trapped in a desperate, toxic, inhumane situation.

Thanks to websites like the Global Slavery Index, I can see what Australia’s involvement is with modern slavery. I can educate myself on what I can do to help reduce modern slavery. You may never get to see A Woman Captured – I do hope you manage to, it’s a film that will stick with you for a long time -, and if you don’t, I hope you will read up on modern slavery in your country. 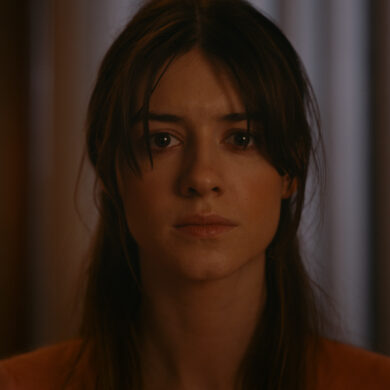