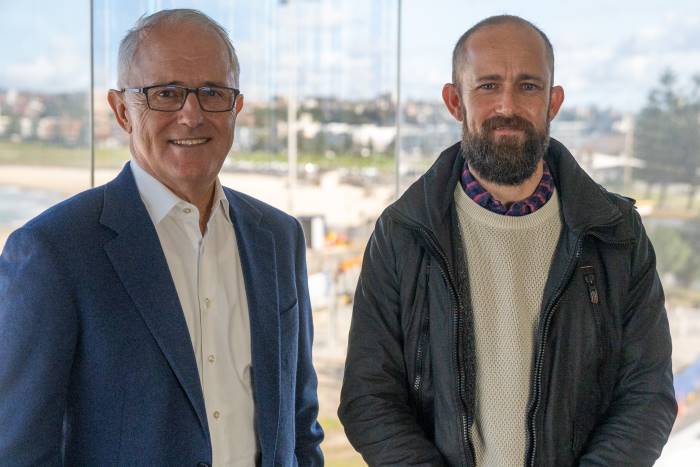 
On September 15th 2021, former attorney general Christian Porter revealed that part of his defamation legal fees had been paid by the Legal Services Trust with funds from an unknown source. On the episode of The Party Room podcast, 7:30’s chief political correspondent Laura Tingle comments that we will likely never know how much of Porter’s legal fees were paid, with the notion that Porter will merely ‘slip away’ from politics scot-free and with little accountability. This feels like an anger-inducing act of normalcy from the Canberra-bubble, pulling one jenga brick away from an already teetering tower of hypocrisy from our elected officials. While Prime Minister Scott Morrison creates a wealth of hot air about being ‘surprised’ about Porter’s actions, the reality is that this happens all the time in politics.

Director Craig Reucassel (of Chaser fame) and everyday Aussie Christiaan Van Vuuren (of Bondi Hipsters fame) decide to head to Canberra to take a look at the broken system of politics and how much influence big money has on Australian politics in their downright essential documentary, Big Deal. Like many Aussies, Christiaan incorrectly believes that Australian politics is in a better position than our American friends, and it doesn’t take long for him to realise that just like America, the influence of big money in Australia is drastically swaying the direction of this country in horrifying ways. The big difference is that in America, they are open with who is spending the money to fund politics, whereas Australia’s political system is rife with manipulation, as any donations under $14,000 can be made anonymously.

Documentaries like Big Deal work with an agenda: they are clearly trying to sway the viewers opinion and world view, leaving them with a call to action (Big Deal closes with a link to their website). They often come with a feeling that they’re skewing towards either side of the political spectrum, but Big Deal is not that film. Christiaan delivers his interviews as being apolitical, showing alarm and surprise when he engages with both major parties and hears how open they are about money exchanging hands. As ex-politician Sam Dastyari explains, it’s not corruption if you don’t ask for anything to be done, you just assume it’ll happen. In an all too relatable moment, Christiaan distills this frank political manipulation in a ‘pub test’ scene where he compares buying a politician to buying a round of beer. We all know that the next round is on us after our mates shout, we just don’t need to say it out loud.

With a young family and a terrifying future of inaction against climate change on the horizon, Christiaan embarks on a journey through the halls of parliament house and the streets of Canberra to get to the bottom of how deep the influence of lobbyists and major corporations wallets have on Australian politics. Along the way, Christiaan interviews a wide array of powerful figures in Australian politics, from ex-Prime Minister Malcolm Turnbull, to Senator Jaqui Lambie, MP Jason Falinski, former Lord Mayor Jeff McCloy, and MP Linda Burney, with each expert bringing an eye-opening view of how easily money influences Australian politics behind closed doors, with precious little disclosure as to who it’s come from.

What surprises the most about Big Deal is less about how easily politicians are bought – we already have a fair idea of that happening – but how Christiaan’s perspective and presentation changes as the film progresses. Given Christiaan’s roots as a YouTube celeb, Big Deal kicks off with a swathe of Aussie guy political opinion-esque skits, varying from setting up a shared Google doc spreadsheet to help the major parties track incoming donations easier, to delivering a giant cheque so they can take a photo and share it on social media when a donation comes in. Your mileage may vary with these kinds of things, but given the popularity and cut-through they have with a wider populace, it’s understandable why they’re implemented here.

Then, as the gravity of what is taking place in Canberra sinks in, Christiaan’s skits make way for a wide-opened, rug-pulling realisation of just how difficult a beast big money is to tackle, especially for the regular folks in the world who don’t have access to a cool $100k. Right at the point that you feel that this is all too overwhelming and you’re starting to ask yourself ‘what the bloody hell can I do to stop this?’, Big Deal reveals the work of grassroot activists and communities who get behind independent Canberra-hopefuls like Member for Indi, Dr. Helen Haines, who followed on from retiring Independent MP Cathy McGowan. Alongside organising team members Amanda Aldous and Alana Johnson, Helen talks about how the community of Indi got together to keep a once-safe Liberal seat Independent, and provide a balance of power in politics.

Near its close, lead organiser of the Sydney Alliance, David Barrow, pulls one final rug from Christiaan and the audience, reminding us that the insurmountable fear and crippling apathy that Australians as a whole have when it comes to politics is the greatest tool for keeping status quo with the flow of big money through the corridors of parliament house. Politicians want us to feel like we can’t change anything, and they want us to grow even further apathetic to the blatant movement of money from the wealthy to the law-makers. The term ‘it’s just politics’ strengthens their movement, making us feel like we don’t have the ability or power to influence change in our busy lives. Big Deal thankfully avoids a defeatist mentality, leaving us on a moment of hope and inspiration.

After watching, I read more about Christian Porter’s mystery benefactor, and was left even more infuriated. This kind of open corruption simply cannot continue to happen. Knowing that Porter will likely leave politics and stroll comfortably into a cushy private sector job, just like Christopher Pyne, Julie Bishop, and Ben Wyatt did, makes it even more alarming. As such, Big Deal becomes a timely, vital documentary that every Australian should watch as we head into election season, playing as a clear-eyed wholistic exploration of the broken Australian political system.