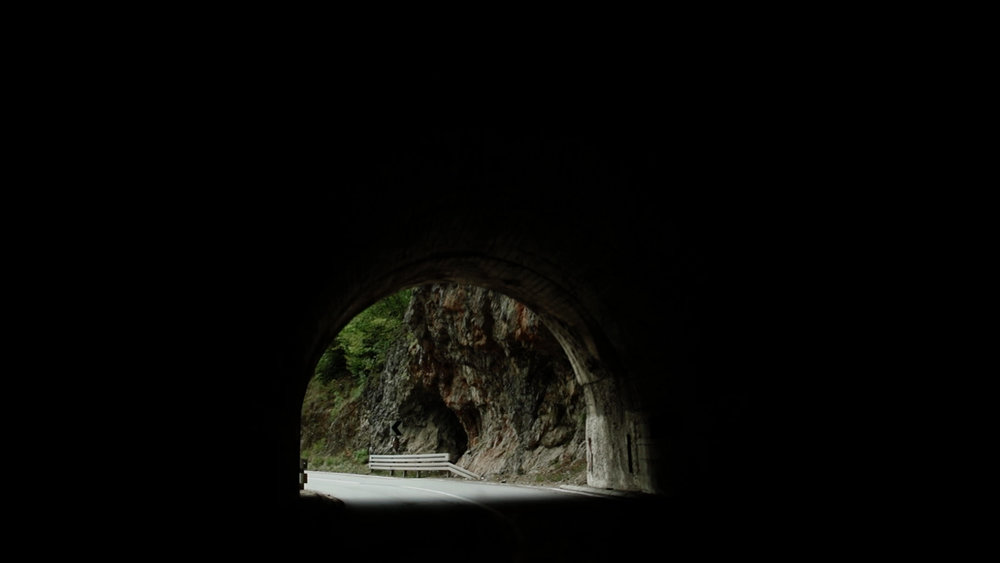 To explore Kirsten Johnson’s immersive Cameraperson is to witness a unique, powerful memoir unfolding and unfurling. The core concept is deceptively simple: the entirety of the film is made up of footage that Johnson had collated throughout her life as a cinematographer for various documentaries and her own life, working as a collage of moments in time. Cameraperson unfurls with little narrative explanation of what is occurring on screen. Events relax in time naturally, with moments rolling into each other quietly informing the past, the present, and the future at once.

A winding drive through a tunnel births into a valley which makes way for footage of Johnson’s mother gradually being lost to the grips of Alzheimer’s, forcing us to question the relationship to each image, and in turn, the relationship Johnson has to the subjects she chooses to show. Some of the footage is illicit in nature, with Johnson monitoring Edward Snowden’s escape from America, all the while his team work to cover their tracks – both digitally and physically. To show it here, devoid of context, feels provocative. Additionally, the parental relationship that exists with Johnson and her mother is a deeply personal one, making her decision to open the familial bond up to the world, by Johnson’s own account, an act of betrayal.

As Kirsten Johnson said to The Guardian in 2016:

“It may not be evident to everyone who views it, but, as it pertains to my relationship with my mother, this was a profound act of betrayal […] I think that, in a way, owning that betrayal is an admission of all the betrayals of trust that have happened in the construction of all these stories. It’s as if two conflicting things can be carried in those images of my mother: our love for each other and my betrayal. That gets to the heart of what the film is attempting to lay bare: what it is to be me and what it is to do the job that I do – and love doing – even with all the contradictions and betrayals it entails.”

As Kirsten observes her mothers’ gradual deterioration of the mind, we can’t help but wonder if she is capturing these moments as proof that her mother existed as a person. Her mind is disappearing as the physical shell remains, wandering in a field like a lost child in a supermarket. Elsewhere, as Kirsten monitors Edward Snowden’s escape from America, she captures the dusting over of footprints as Snowden’s team erases hard drive after hard drive. A camera captures proof that something existed, that it lived a life, that it was there at all. That mentality is what drives Kirsten’s work, and is alongside her compassion for humanity, it is the core ethos of Cameraperson.

This is what makes Cameraperson such a powerful experience. This is not a well edited show reel, it is a film with thematic heft behind it. One that reinforces the relationship that the camera operator has with the subjects they are filming. Johnson, and by extension, all camera operators, communicate with their subjects through the all-seeing eye of the camera lens. We hear her as she engages with those she’s filming, reminding us that while a film may have a director, it is the relationship between the cameraperson and the subject that works strongest as the audience conduit. Yes, the footage shown is selective, with glimpses of her work from films like Citizenfour and Fahrenheit 9/11 reinforcing the silent, observing relationship a camera operator has with their subject, but there is a layered discussion taking place here. These are the moments that resonated the most in Johnson’s life up until that point, and by our relationship with having watched her film, we have our own memories and ideas crafted thanks to its existence.

By virtue of being a documentarian, there is an act of betrayal that comes with capturing the active world and its complicit participants. The notion of consent is one that is rarely touched upon in relation to documentaries, but Cameraperson exposes that sensibility, critiquing and reconciling with the semi-passive role a cameraperson has when filming a documentary. Does their presence adjust the subjects actions, or do the subjects recognise that by having this moment documented, their existence, actions, and presence in the world become contextualise and immortalised for future anthropological endeavours?

The moments Johnson extracts from the films makes them echoes of a narrative that exists as a memory. Devoid of a grander context, they stand as tableaux’s of a moment in time, fractions of a constructed whole. They are reality personified completely. The notion of this being a ‘movie’ is stripped away, with the echo of time left to linger on screen. This is a documentary in its purest form – it is life presented by the living, a moment in time that defines an era. This is a document of observation.

For many documentarians, they work to expose untold stories, to catalogue events that take place out of the public’s eye. We think of Kevin Carter’s devastating photo of an emaciated child with a looming vulture awaiting their passing, “The Struggling Girl”, and are forced to reconcile with Carter’s own realisation of his role in taking the photo. He won the Pulitzer Prize for Feature Photography, and then four months later, he took his own life. I hesitate to make a correlation between Johnson and Carter’s life, but Johnson does experience a similar moment where she films a Nigerian midwife working to try and save the life of a newborn baby. It’s a harrowing moment of filmmaking (calling it such feels inappropriate, given it is a moment of captured life, not a film), with Johnson observing, until she can’t help but question whether the child will be ok. Here, Johnson evokes the empathy of the audience, all the while adjusting the narrative course as a participant.

The child lives. In this distilled collation of life and death and the startling immediacy that comes with both, our core humanity is laid bare. All we need is a moment to feel the weight of a life, with Johnson allowing us to sit with these scenarios enough to guide us to a point of emotional completeness come the conclusion of the film. We often neglect to realise that behind the camera is a person, someone who has emotions, empathy, a worldview. We can easily forget the toll that taking these images might have on someone, what emotional burden they may carry because of what they have witnessed. At its essence, this is what Cameraperson is about: a filmmakers relationship to their subjects.

The act of documenting the existence of the world is an act of modern history collating that stretches back to the foundations of filmmaking. Dziga Vertov’s Man with a Movie Camera cemented the 1920’s urban life on film in a manner that established what a documentary could be. Kirsten Johnson transforms that notion with Cameraperson in a manner that makes it feel organically original. In the 21st Century, it is genuinely hard to find a unique film, but here, Johnson plays with the format of filmmaking perfectly, making the old feel new. This is a piece of work that has changed the way I view and review films, and if you are a filmmaker yourself, it is essential viewing, forcing you to recognise the importance of perspective.