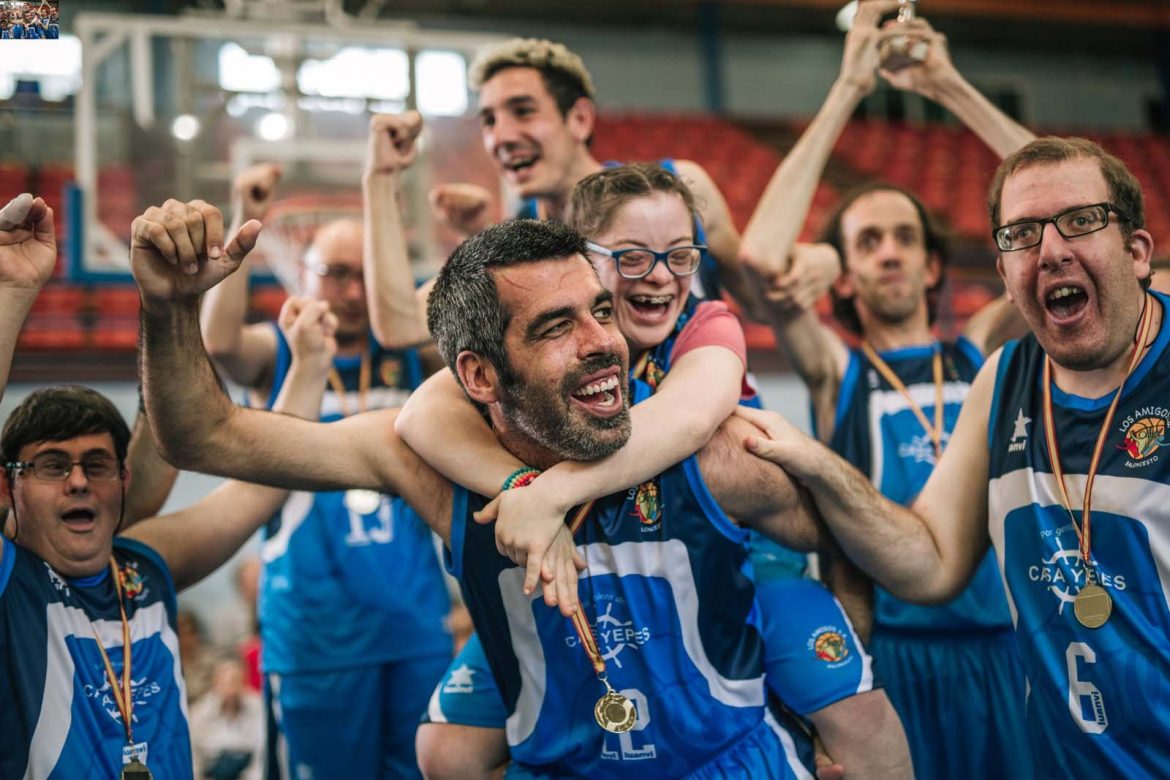 There are not many comedies depicting people living with a disability. And for a good reason, with actors such as Ben Stiller and Johnny Knoxville playing to the lowest common denominator in their association in films with people with disabilities. Too easily bordering on parody or ridicule, the interactions had with characters that live with a disability often service the arcs of characters without disabilities so they can feel better about themselves.

While not entirely bucking this trend is Goya-winning sports-comedy Champions, a film screening as part of the Spanish Film Festival that follows forty-something-year-old professional basketball coach Marco (Javier Gutiérrez) who is court ordered to coach a team of basketball players (Los Amigos) living with disabilities so he may avoid jail time.

Frustrated with the cards he has been dealt both on and off the court, Marco is willing to deceive, sweet-talk and intimidate others to avoid the smallest inconvenience in his life, often to the dismay of those close to him. His competitive edge and desire to win (on occasion questioning whether opposing players do have a disability) contrasts the needs of the Los Amigos, who look to basketball as a way of feeling part of a team.

Director Javier Fesser leans into Marco’s frustration communicating with the team, using it as a drawcard for most of the humour, which is supported by a bellowing tuba score working as a laugh track to lighten the mood and let the audience know it is okay to laugh (but is it?). Fesser’s direction of the Los Amigos players edges more into There is Something About Mary territory than something that resembles Simple Jack in Tropic Thunder, presenting each team member as kind, even though they are often a cause of frustration for the impatient Marco.

It wouldn’t be a sports movie without someone changing for the better, with Marco slowly chipping away once he learns the damage that his aggressive thoughts have and the positive impact he has on the lives of people in the team. The gentle nature of the Los Amigos draws you into the film, making you forget early on that Marco’s attendance is court ordered, however, divulges into tropes of manipulative fell-goodness that move at the same beat as a basketball bouncing down a court.

Champions travels with its excessive two-hour length, which despite a fine performance by Gutiérrez, complicates itself with multiple competing storylines (the inclusion of issues with his wife as an example) that are of detriment to the overall product. Perhaps the biggest fault of Champions is the consistency of its final act, elevating the stakes and absurdity of the film which feel incompatible with the first 75% of the movie.

If cheesy-feel-good flicks are your thing, Champions is the film for you. For others, the intentions of Champions to paint people with disability respectfully shoots for the three-pointer but misses.