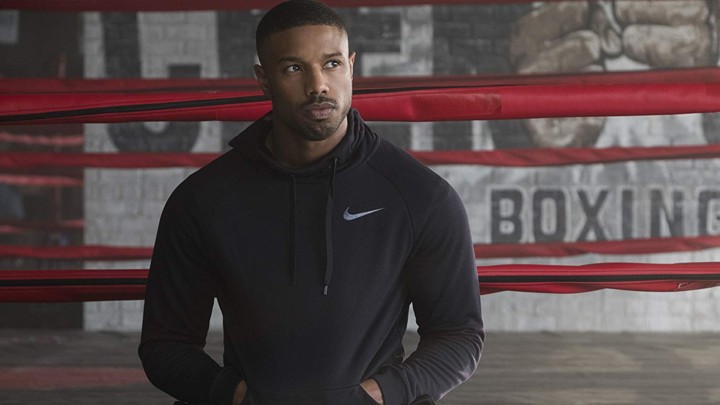 Creed II is a film of no consequence. Working as a sequel to not just one, but two films (Ryan Coogler’s continuation of the Rocky saga with Creed, and Rocky IV),this entry in the boxing saga feels devoid of purpose. Steven Caple Jr. (The Land) takes over directing duties from franchise re-invigorator Ryan Coogler, and like a winded boxer, all the energy and urgency has gone out of the fight. Sure, it’s still interesting, and it’s still entertaining, but by gosh is it desperately vacant.

Where Rocky IV brought the Cold War to the boxing front, Creed II relegates any notion of antagonism with Russia to the background. There’s no time for subtext here when there’s biffo to be had. Ivan Drago (Dolph Lundgren doing his best) was exiled to the Ukraine after losing to Rocky, and he looks to regain some kind of honour in the eye of Mother Russia via his son, Viktor Drago (real life boxer Florian Munteanu), and the fight that he wants to set up with Adonis Creed. That’s about as deep as it gets.

At the end of Creed,Adonis Creed (Michael B. Jordan) has become a man who has reckoned with his legacy and transformed into his own icon. At the end of Rocky IV, Apollo Creed (Adonis’ father) is dead at the hands of Russian boxer Ivan Drago. Logically, the son of Ivan Drago was inevitably going to meet up with the son of Apollo Creed and whack it out in the ring. It doesn’t take a genius to realise where Creed II will end up – just like it wouldn’t take a genius to realise how Creed was going to end.

Yet, the trick with most stories is to take the familiar, and make it unexpected. Ryan Coogler managed to do exactly that with Creed. He brought new life to a franchise that had gradually wore itself out, and in turn managed to take the perspective of an up and coming boxer and make it feel fresh and exciting. Creed II rests on its predecessors laurels way too much, letting a legacy do the heavy lifting rather than actually working to further Adonis Creed’s narrative.

Now, that’s not an entirely fair statement, as for a film to work there does need to be some kind of forward momentum, and sure enough, with this iteration we’re presented with the groan worthy news that Adonis and his partner Bianca (an underutilised Tessa Thompson) are expecting a kid. Just like Apollo was when he fought Ivan all those years ago.  Subtlety is not in the Creed II toolbox it seems. Michael B. Jordan is surprisingly flat this time round. He’s physically up for the task of playing Adonis, but outside of looking the part, he appears exhausted by the role most of the time.

But, I’m being overly harsh on a film that surprisingly still works. The formula still has life in it, and even though the film plays it hand exceptionally early, you’re still on board as that iconic theme kicks in and the bell rings the opening of the fight. There’s the obligatory training montage sequence, and this one is possibly the most brutal one yet. (Amusingly, at one point during the sequence the camera appears to linger on Michael B.Jordan’s chest for a just a moment too long, as if the cinematographer forgot what the heck they were there for.) Sure, everything is underwritten, and talented actors are given little to work with, but you’re still a little buzzed come the end of the flick.

Creed II lacks punch, and the energy it should have to make the fight sequences (and in turn,the reason for the fight) entertaining and invigorating simply isn’t there.But, with talent like Jordan, Thompson, and of course, Sylvester Stallone, filling the screen, it’s hard not to have a good time, even if they all look like they’re simply waiting for the cheque to land.