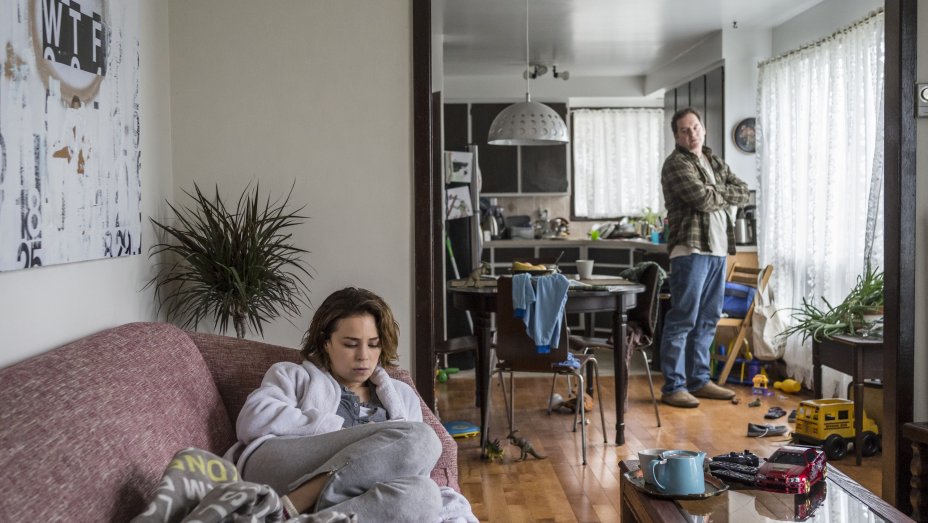 When we reach the end of our lives, we are forced to look back on the journey that has brought us to our conclusion. We reflect on the people who we’ve interacted with, and the role our families have played in our lives. Writer/Director Michael Rowe’s Early Winter is a film that reflects on our relationships and how they inform who we are as individuals.

The core focus is David (Paul Doucet) and Maya (Suzanne Clément)’s relationship. Married with kids, Maya stays at home while David works at an aged care facility. David cleans up after the people who have passed away. He wraps up their belongings in butcher paper for relatives to eventually collect, quickly preparing their vacant room for a new arrival. He acts as a family surrogate, sitting by the bedside of people as they pass away – reassuring them that their family is there with them as they take their last breath. Returning home, he finds himself emotionally spent – tired of the life he’s living and exhausted by Maya’s inaction to do simple household tasks like tidy the house.

After my initial viewing of Early Winter, I found myself conflicted by the characters actions, and where their life journey takes them. Like another Canadian film – Sarah Polley’s Take This Waltz – I had difficulty reconciling their actions with my own beliefs. Then, I reminded myself that the image I had created in my mind of how relationships work is a decidedly ‘Hollywood-ised’ version of how partners interact. For want of a better term, ‘real’ relationships aren’t usually displayed on screen. Often we’re presented with heavily manufactured, homogenised versions of the real deal with a misleading, cheery finale employed to reassure us that hey, marriage isn’t that bad after all.

Early Winter displays one of the most sobering, and realistic portrayals of relationships on screen in recent memory. Marriage is a series of compromises one makes to ensure stability. Whether it be accepting the ‘trophies’ of previous relationships to be displayed in the house, or allowing their body to be used for simple sexual gratification – there is an understanding that often you may need to put your partner’s needs ahead of your own. Here, Michael Rowe presents a situation where one side of the relationship is failing to compromise, or bend towards the other, causing a harmful rift to arise. David and Maya’s interactions often feel all too real – anybody in a relationship has no doubt experienced moments similar to what’s presented here.

The realism is reinforced by cinematographer Nicolas Canniccioni’s use of static shots. Scenes play out in single takes, creating a pseudo-documentary feel to the film, as if we are sitting in the living room with this couple as they go about their day. Natural performances from Doucet and Clément help create a relationship that feels lived in, one that has weathered over time. As the difficulties within the marriage evolve, it becomes clear that this is this ‘early winter’ of the title – an unseen force coming along to freeze the love that once existed, long before it’s time is due.

If there’s a theme within Early Winter, it’s that of the repercussions of love on our lives. Whether it be through the expected closeness and affection that being in a family should bring, or the fairytale notion of what love should be within a marriage, there is a powerful assessment of what it means to be loved, and what it means to love someone else.

What I didn’t expect within Early Winter was to be so moved by the film days after watching it. At its conclusion, I found myself distanced from what I had seen, and if you were to ask me right away what my thoughts were, they probably would not been overly positive. But, after letting the film sit with me for a few days, I’ve found myself unexpectedly moved by its story. Yes, the core plot is nothing new, but the way it is weaved together with the great performances, Nicolas Canniccioni’s powerful cinematography and most importantly, Michael Rowe’s writing and direction, leaves a profound impact. 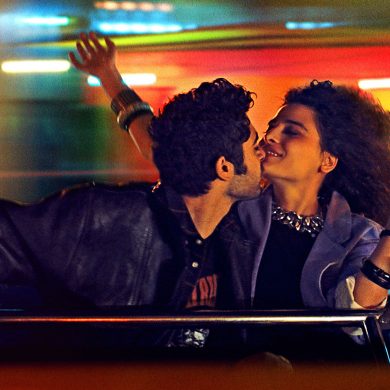