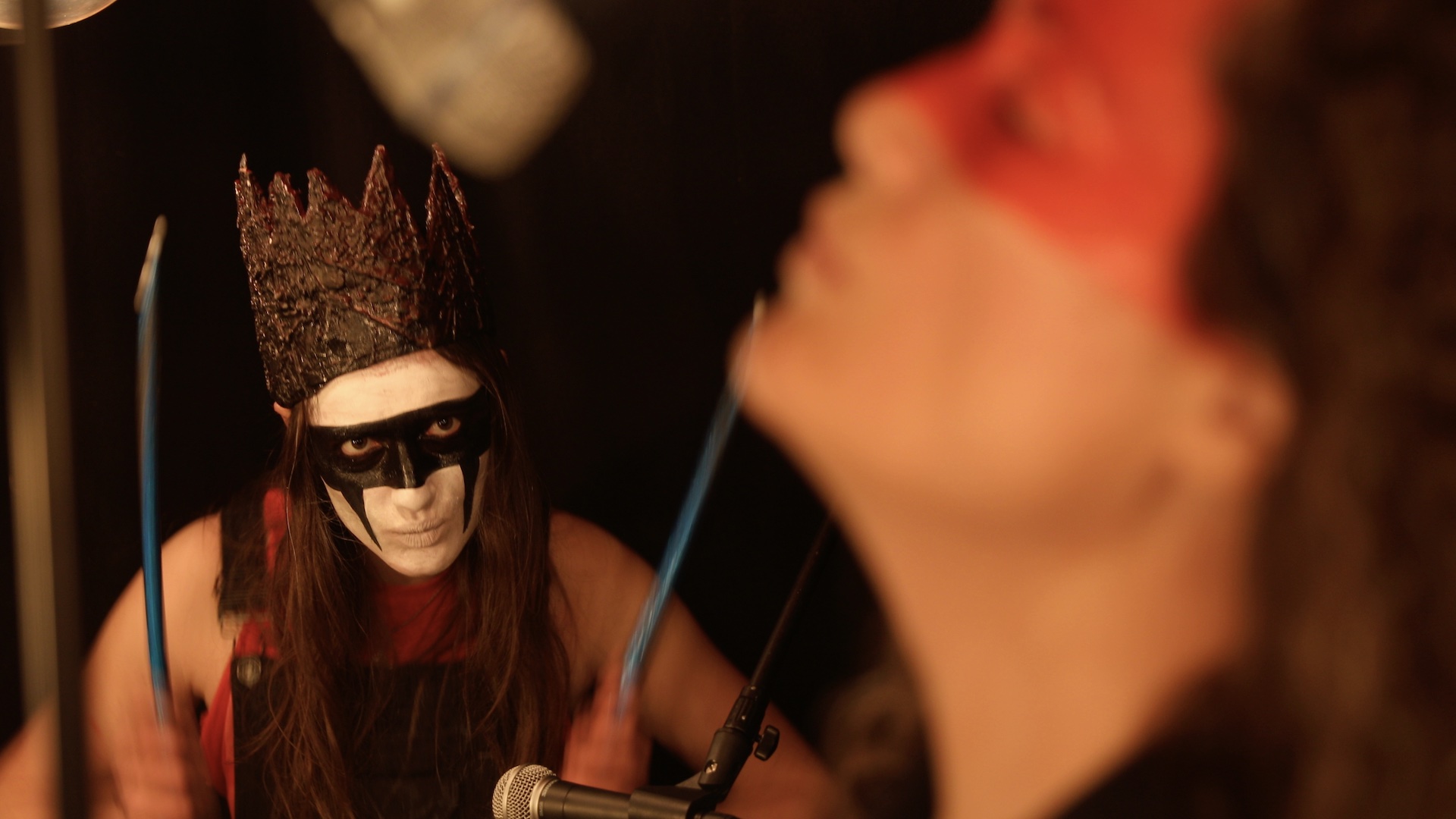 Adolescence is a curious time for both the budding adult and the parent. Within the structure of growing up is the traditional cutting of apron strings that every teen goes through to some extent in an effort to become who they will be without the immediate guidance of their parental figures. In Hellbender the difficulties of coming of age are mingled with a shared legacy that may in fact be deterministic of who the young woman, Izzy (Zelda Adams) will become.

Written, directed, edited and produced by the Adams family (Zelda Adams, John Adams, and Toby Poser) Hellbender is a folk horror interpretation of the issues attendant with growing up. Izzy lives in the remote woods with her mother (Toby Poser, Zelda Adams’ real-life mother). She has been told that she suffers from a rare immunodeficiency which means she cannot be around other people. Izzy is home schooled by her mother and spends her time hiking in the scenic wilderness and playing heavy rock with her parent in their band Hellbender (the music is provided courtesy of the Adams family’s real band H6LLB6ND6R).

A chance encounter in the woods leads Izzy to find a teenager approximately her own age. Amber (Lulu Adams) is a fairly typical teenager and is at first welcoming with Izzy. Izzy, who has only had her mother for company for her whole life is awkward around the confident Amber and immensely curious about what life is like for her. When she is invited to her first party she sneaks away from her house. Whilst at the party a drinking game reveals something is very different about Izzy, and it’s not her supposed sickness. Izzy has special powers that are activated when she consumes living blood – Izzy like her mother is a Hellbender, a creature that is described as “a cross between a witch, a demon, and an apex predator.”

Soon Izzy’s powers begin to manifest much to the approbation of her mother who is trying to desperately keep Izzy from becoming a dark creature. Their dreams and magic begin to comingle and as much as her mother tries to keep Izzy pointed at the light, the forces of hereditary and perhaps nature itself combat her. Hellbenders are not light Wiccan forces, but rather blood-eaters who as they feast on larger creatures become stronger. Izzy’s mother tried to leave behind the legacy of her own monstrous mother, but with Izzy determined to be her own person will she be able to halt her daughter’s progression?

What makes Hellbender extraordinary is that is proof that a fascinating concept can be realised with the smallest of budgets and an astonishing DIY aesthetic. Many years ago a small budget film The Blair Witch Project burst on to the horror scene and was a resounding success due to its extremely canny marketing and genuinely terrifying hypothesis. Although Hellbender is unlikely to have as much of an impact as the former film, it does share some of the DNA that made it so successful. So much is made with so little with the Adams family taking on almost all the essential roles in the filmmaking process. Writing, directing, editing, music, even drone operation is done by one or more of the family with acting duties afforded to them all as well. It’s a remarkable achievement and one that cannot be overstated.

Hellbender is a wicked and thrilling horror film that also canvasses questions about identity and destiny. Visually it only lacks occasionally in the VFX department but is generally incredibly solid for a film made on such a limited budget. The story is deeply compelling and engrossing and made all the more fascinating by the strong performances from Zelda Adams and Toby Poser. Zelda Adams in particular manages to run the gamut of adolescent emotions and reactions with a natural flair, whilst Toby Poser is more than believable as her overly (and rightly) protective mother. The two actors benefit from their family intimacy, which is carried through on to the screen, and when the story requires that their intimacy is shattered it is all the more believable because of how expertly it was set up.

Folk horror is having a rightful resurgence, and Hellbender is a welcome addition to the genre. The film is unsettling but magnetic and the Adams family’s move into horror is entirely welcome and fruitful. 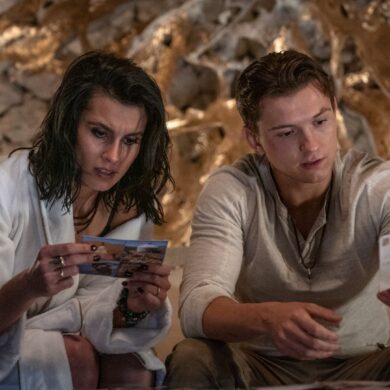