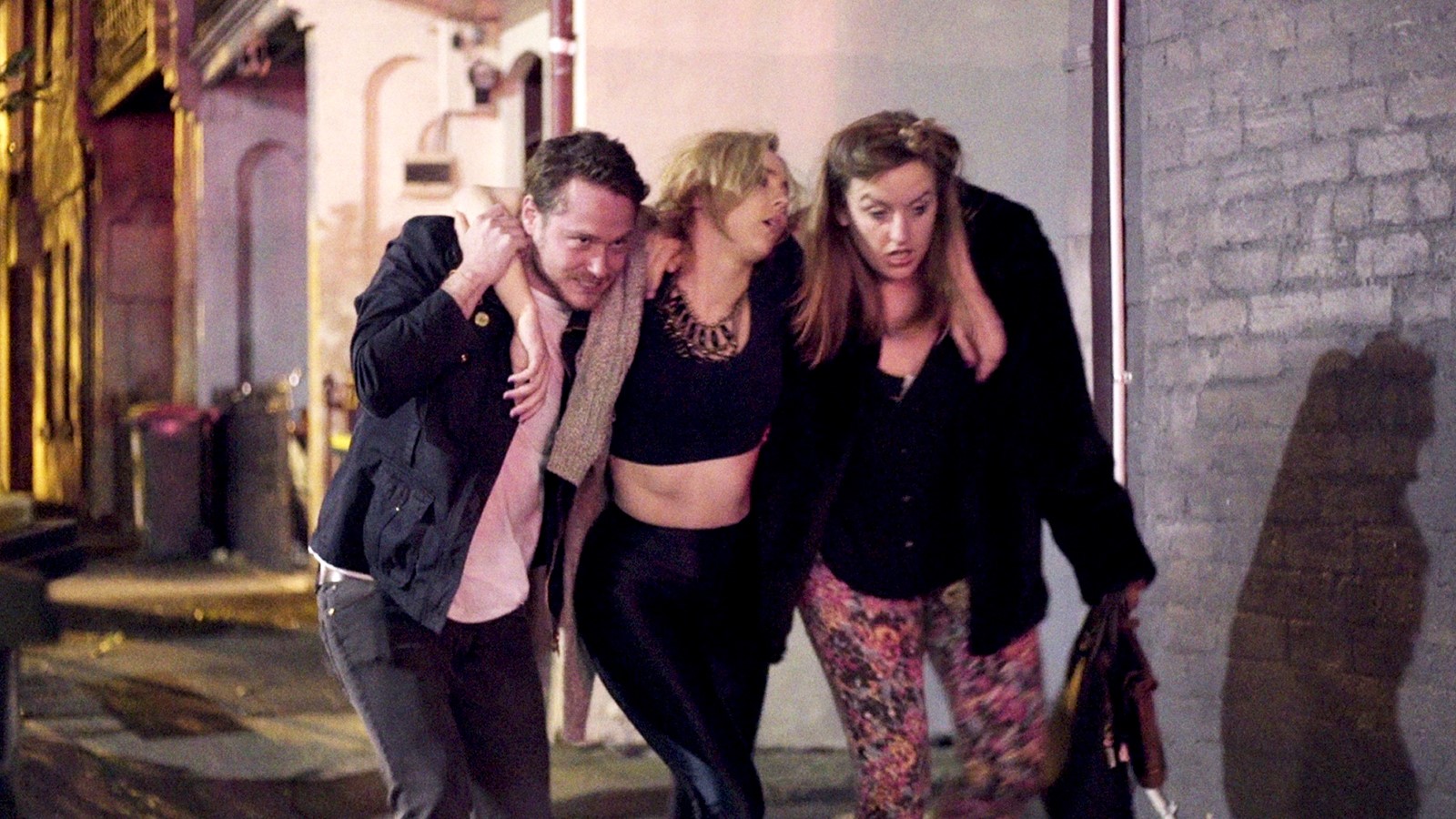 There’s been a rise in stories about millennial Sydney-siders struggling to live in the ever increasingly costly city. Early this year, the black and white Jarmusch-esque dramedy Chocolate Oyster explored the intricacies of romance and the pain of trying to exist in Sydney. A few years ago, the pressures of success loomed over the titular character in Brendan Cowell’s Ruben Guthrie. Now, exploding onto the scene with screenings at a wealth of film festivals, is the feature debut from writer/director Lucy Coleman – Hot Mess.

Sarah Gaul is Loz, a playwright wanting to make it big in the Sydney theatre scene, while at the same time attempting to navigate love and sex with as much verve and energy as she can muster. At the theatre that she workshops her plays, she has been offered a grant to write a play that she simply isn’t passionate about – instead, her heart lies in the realm of honesty and openness about femininity. While out at a party with her friend, Loz ends up meeting genuine hunk Dave (Marshall Campbell) and the seeds of a potential relationship are sewn.

From the moment that Hot Mess kicks off, it’s immediately clear that Lucy Coleman is one of the most invigorating and exciting new voices in Australian cinema. A montage of a ‘day in the life’ of Loz rolls by in the opening minutes, with Loz regularly returning to her piano to test out a tune about committing suicide via toxic shock syndrome from leaving a tampon in for too long. The body shaking laughter that these opening scenes create carries long through the rest of the film.

Honestly, this is some of the finest comedy I’ve seen in a long, long time, and it’s mostly due to the genuine, relatable, pulled-from-life characters that Coleman writes. Loz’s friends are wonderfully supportive, but also extremely critical of Loz’s decisions in life. The down to earth discussions with her mother (an always welcome Zoe Carides who continues to bring the same electric screen presence as she did years ago in Death in Brunswick), who badgers Loz for choosing to follow the unmarketable path of a passion project rather than taking the money and writing a script that her heart may not be in, are an unwelcome drag-down-to-earth that Loz has no desire in hearing.

Then, there’s the attempts at a relationship between Loz and Dave that are equally painful and cringe worthy, yet no less humorous. His admission that he’s quite religious, and that he’s been married, and that he doesn’t want to have sex straight away, initially appear as endearing character traits, but eventually come to reveal Dave as being the dick that he is. One scene where Loz is attempting to ingratiate herself with Dave’s friends feels ripped from real life, with it being an extremely relatable situation that many can relate to. Loz’s attempts to stay relevant in the moment with Dave’s friends reaches a comically sad height – one which I couldn’t help but feel some kind of familiarity with. The palpable sense of wanting to be accepted and liked is so real that it flows off the screen.

And that’s what makes Hot Mess such a success of a film – yes, we’ve seen countless films about the plight of the young artist, and sure, more than enough articles have been written about the difficulties of living in Sydney, but it takes genuine talent to bring the familiar and the tired and make it new and relatable again. Lucy Coleman has bottled that twenty-something anxiety of not knowing what your future is going to be like, with the pressures of society looming large (get a well-paying job, find a partner, be successful) causing countless sleepless nights. When paired with the exceptional performance from Sarah Gaul – who simply owns the screen at every moment –, Coleman’s writing simply soars. Thanks to both Gaul and Coleman, Loz is not a pathetic character, but instead someone full of hope and aspiration, wanting to stay true to herself, while also attempting to navigate the ever mysterious rules that dictate how twenty-something society should operate. There’s a lot of truth in Loz and her friends, and it’s that that makes Hot Mess feel like a personal film, and not just an idea about the struggles of being creative.

As with Steve Jaggi’s Chocolate Oyster, there’s a welcome honesty and respectability brought to the lives of twenty-somethings and millennials who are finding the pressures of the world difficult. Yes, a lot of the themes in both Hot Mess and Chocolate Oyster are first-world problems, but that doesn’t make them any less of a problem, and certainly doesn’t make it any less of an issue worth mining for comedy gold.

And that’s where Hot Mess soars – its comedy brilliance first, mining sexual frustrations for every possible laugh, built on a foundation of relatable, believable characters, with superb performances across the board. Both Lucy Coleman and Sarah Gaul are people who you need to pin on your radar right now. If Screen Australia is serious about their Gender Matters program, then they should be doing everything to help facilitate both Lucy and Sarah’s next projects. We need more voices like this in cinema as a whole.

If there were any justice, Hot Mess would be on everyone’s radar, earning a wealth of accolades and raging up the box office, but the Australian film industry doesn’t work that way and gosh is it beyond frustrating. I love this film. Here’s your ideal poster quote: Hot Mess is one of the best films of 2019. It screens at Perth’s Revelation Film Festival, and out of the 200+ films being screened at the festival, you better make sure this is right up the top of your ‘to see’ list. For those outside of Perth, badger your local cinema and get this film screened there.