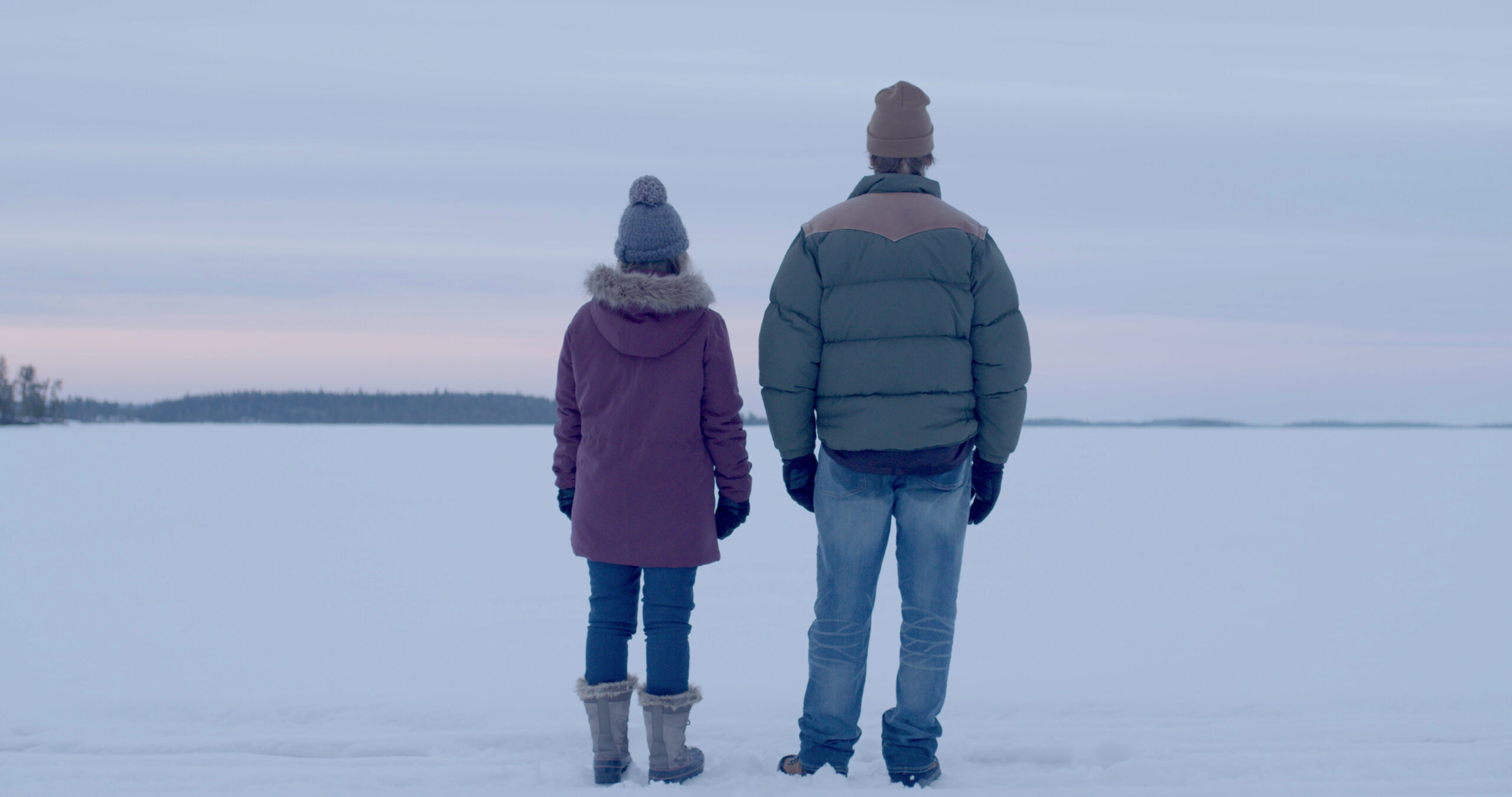 International Falls could easily be called The Loneliness of the Long Distance Stand Up Comic, given its honest portrayal of a touring comedian who visits the ice box of America to give his final performances. Tim (Rob Huebel) is the full time comic, and self-described failure of the art form, who visits the endlessly frozen town of International Falls, Minnesota – a town devoid of waterfalls, and only notable for bordering on a river that divides America and Canada. Upon arrival, cursing the ridiculousness of the cold, he checks in at a sleepy little hotel and meets tired booking clerk and wannabe comedian, Dee (Rachael Harris). Dee’s life frustrations are allowed to flourish in a town that appears to be devoid of life, with its inhabitants seemingly unaware of the inherent irony of the towns apparent catch cry they routinely spout off to visitors ‘once you come, you’ll never want to leave’. Together, Tim and Dee find a vodka-fuelled bond together, providing comfort and solace for each other in a cold town.

If this sounds bleak and desolate, as if it’s possibly some kind of comedian-esque snowbound version of A Star is Born, then rest assured, this is not that film. Instead, this is a downright hilarious, yet eagerly heart-warming film about two people who find each other at transient moments in their lives. Dee has discovered that her husband, Gary – a pathetically feckless, yet still oddly endearing character, brought to life via a wonderfully odd performance from Matthew Glave –, has been cheating on her. Tim, on the other hand, is in the midst of separating from his wife, eternally trying to connect to his son via long distance phone calls, but is continually shut down by his ex.

International Falls is written by Thomas Ward, who pulls from his real life experience as a touring comedian and in turn, brings a level of authenticity and lived in humanity to the script. He’s well aware of the perceived celebrity that comes with the role of being a working, touring stand-up comedian, and strips all that sheen and glamour away, creating a narrative that works to remind while stand-up comedians have the power of the stage behind them, they are still just regular human beings who have regular human problems. The artifice of comedy doesn’t take away what it means to be an emotional person, even though Tim attempts to use comedy as a way of pushing down his ever increasing depression.

While the natural desire of a story like this might be to focus on the character of Tim, director Amber McGinnis recognises the wealth of humanity and relatability to a character like Dee. We’ve seen the male stand-up comedian before, but we so rarely get to see a story about a frustrated wife and mother of two yearning for her second wind and have the life she’s always wanted. As an odd comparison, International Falls would make a perfect companion film to Isabelle Huppert’s Things to Come – both are stories about women who, with every step they take, they further their own lives for themselves, never allowing others to drag them down and kick them off course from where they want to end up. Dee is an aspirational character, one who dreams of her own future, and it’s through that desire, and through Rachael Harris’ effectively grounded and natural comedy, she becomes a wonderfully inspirational character.

As I watched International Falls, I was surprised by the performances from Rachael Harris and Rob Huebel – not because their previous work hadn’t been any good, but more that they have simply never been afforded the opportunity to create characters that utilised their deep comedic talents, while also being true to life, off-the-street, genuine feeling people. There’s not a manufactured bone in the body of this warm, and beautifully tender film. Sure, there’s a wealth of dick jokes, and Huebel’s Tim carries that trademark Rob Huebel obnoxiousness at times, but by revealing the day to day struggle of Tim, McGinnis and Ward help provide context for the jokes that a comedian says on stage. As for Dee, her desire to break through the monotony of her life, and to recognise the breakdown of her marriage, helps foster a ‘no bullshit’ attitude that leads her to a finale that has one heck of a barn burning comedy set. The energy and vibrancy that both Harris and Huebel share together is refreshing – they’re clearly relishing the time they have with the characters, and even though they’re filming in freezing temperatures, the warmth of two people bonding and caring for each other cuts through like you wouldn’t believe.

Look, I know that reading a review like this makes it sound like International Falls is like every other American indie film out there, and that the words about it feeling genuine, and it being genuinely comedic, make it seem like it’s no different than every other dramedy out there, but darn it there’s more to this film than that. There are surprises galore, with performances, writing, and direction, that all combine together to create a genuine treasure of a film. This is the sort of film that’ll stick with you for a long while, and on those days when you’re toiling at home doing some menial task, it’ll pop up in your mind and you’ll think of how good Rachael Harris is, and how empathetic Rob Huebel can be, and as you attempt to fold that fitted sheet, you’ll smile and be grateful that you spent time with International Falls. 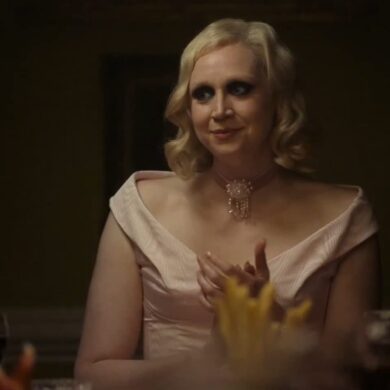