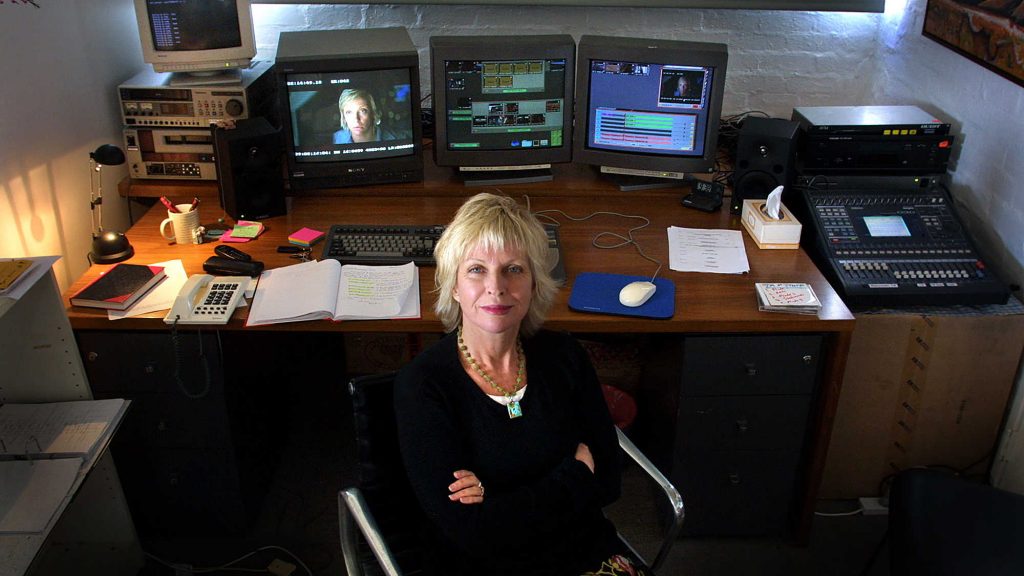 The editor is a silent figure in film. We hear the screenwriter through the words that are spoken. We see the cinematographer through the images that are captured. We experience the director through the way the story is presented. Yet, we simply accept the transition from one scene to the next as being ‘part of cinema’. For those not steeped in the language of film, a transition, or a cut, will simply be part and parcel of the goings on of a film.

But a film doesn’t come to life itself. It’s a uniquely collaborative art form. A painting is conjured from the mind of a single painter. A book is written by a single writer. Sure, a stage play is performed by multiple people, but the actors and the set design are merely tools for the writer and the director to utilise to tell their story. A film, on the other hand, is one that encompasses a director, a writer, actors, sound designers, a cinematographer, lighting, and then, once all the footage has been captured, an editor comes along and makes sense of the mass of footage. Their keen understanding of the text, and the directors intentions, come into play here, utilising the collated footage and audio and compiling the final product – the film that you see and witness in a large, darkened room, where you are (ideally) entertained.

What Jill Bilcock: Dancing the Invisible manages to do, is explore the life of the editor, and display how vital the role is in filmmaking. The narrative of how Jill Bilcock helped usher in the voice of Baz Luhrmann is one that shows the value and need of an editor who understands the intention of the director. Luhrmann’s youthful vibrancy exists in every frame of his debut, Strictly Ballroom, having been teased out with the keen eye of Jill Bilcock. Then, as Luhrmann’s voice grows, and he encounters the work of William Shakespeare, the relationship with Jill strengthens further – the editor taking up abode in a house which buzzes with electricity from the creative energy bouncing around the walls.

As another collaborator mentions (Shekhar Kapur – director of Elizabeth), the role of the editor is to ‘make patterns out of chaos’. Hours of footage is captured to tell a narrative, it’s up to the editor to help bend that footage into something that accentuates the themes of the film. Kapur, a seasoned director, needed assistance in showcasing the life of Elizabeth I, and it’s through Jill’s guidance that certain aspects are brought to light.

Throughout the (mostly) chronological look at her career, there are momentary scene breakdowns that explore how Jill edited the scene. Whether it’s the fascinating breakdown of the heartbreaking ‘Roxanne’ sequence in Moulin Rouge, or the decision to hold back on cutting in a pivotal, powerful moment in Japanese Story, Jill’s understanding of what each scene requires comes across in detail, showing a master of the skill of editing, and someone who takes great pride in her work.

The frenetic energy of Baz Luhramnn’s oeuvre, to the measured, assured work of Shekhar Kapur, to the serene work of Sue Brooks with Japanese Story, and the vista driven work of Kriv Stenders Red Dog and Red Dog: True Blue, the effect of Jill’s editing speaks volumes. After all, great editing is the edit you didn’t even see, and Jill Bilcock certainly is one of the greats.

But, her work stretches beyond being an editor, and in turn, helping provide support for voices that may not be seen otherwise. Jill’s history of coming through the predominantly male group of film students in the seventies helped reinforce the value of working with underrepresented voices, and in the latter part of her career, we see her supporting artists who may not be able to have their stories told as easily as others.

So, the content of Jill Bilcock: Dancing the Invisible is great, but how well is the story presented? Director, writer, and editor Axel Grigor’s film is certainly fascinating to watch, and Jill Bilcock is an engaging subject to listen to, but it’s hard not to feel that there’s a certain ‘TV’-esque vibe to the documentary. Not that there is anything wrong with this – especially given the quality of television content nowadays -, it’s simply that for an editor whose work is that of the grand scale, this feels a little small. At points, it’s hard not to get swept up in the emotion of the scenes that are being broken down. That aforementioned pivotal moment in Japanese Story? Well, it’s hard to hold back tears. (Speaking of which, if you haven’t seen Japanese Story, do so before watching this documentary.) It’s not exactly manipulative filmmaking, as it’s part of the subject material, but it certainly plays on your mind whether you are being manipulated – call it, overt editing if you like.

That’s a small complaint for what is a terrific film. For a really crass analogy, Jill Bilcock: Dancing the Invisible is like kale cotton candy – it’s sweet, it’s delicious, it’s a treat, and it’s damn well healthy eating. This is necessary viewing for film lovers, but also necessary viewing for those who appreciate a fine story.

At the end of the day, Jill Bilcock: Dancing the Invisible reminds us that without Thelma Schoonmaker, without Margaret Sixel, without Sally Menke, and without Jill Bilcock, there would be no Martin Scorsese, no George Miller, no Quentin Tarantino, and no Baz Luhrmann. These indispensable women of cinema may be hidden from plain sight, but they are the organisers of chaos, the minds who blend the mess into a coherent whole, the vital voices who take the visions of many, and turns them into the thing we love the most – movies.