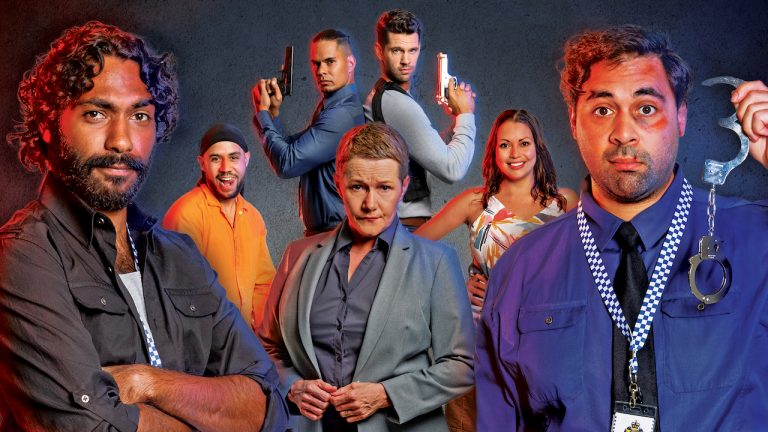 As a film reviewer, and aspiring screenwriter, my favourite hobby came full circle in early October of 2019 when I attended an Australian Film, Television and Radio School Talent Camp, in which one of the lecturers was Lauren Elliott. Lauren, whose newly launched production company Galactic Baby has been making headlines, at least in Perth, and of course online on The Curb.

One of Laurens latest productions, KGB, which was produced through one of her other endeavour’s in Mad Kids, is due to hit ABC iView and YouTube on New Years Day – and of course, through this chance meeting came the opportunity to get a sneak peek so I can give my thoughts on the new web series here.

For viewers outside of Perth, like me, the title KGB might sound a bit like it’s a Russian spy show, I know I thought it was.

Jack and Nigel decide they want to make a name for themselves and begin to compete with William and David on a bigger case. What follows is a hilarious pursuit of information about the whereabouts of a big drug dealer. With potential girlfriends, family members and kids with attitude standing in their way, Jack and Nigel still manage to make it seem like they’re promotion was warranted from the beginning.

Clarence Ryan is great as Jack. He talks the talk and tries to walk the walk, but he doesn’t always take the right steps.  Ryan offers genuine hilarity to the web series and is a great match for Bjorn Stewart, who as Nigel, matches every bit of Ryan’s amusement. Together Ryan and Stewart make a great comic duo – jokes, mishaps and mistakes cloud their every moment and it is utterly hilarious.

Mark Coles Smith and Jesse Phillips are excellent support too, their gags and carryings on as they get outmatched by Jack and Nigel from time to time are great fun. Genevieve Morris is also great as their Captain – her comic relief is great, reminiscent of a white, female version of Caption Holt from Brooklyn Nine-Nine, just not as stern. Great young actor Aaron McGrath, from Rachel Perkins helmed Jasper Jones, is also spot on as Nigel’s mischievous cousin.

Overall, KGB is fun ride. Well written, passionately acted and funny at all times, it not something you want to miss.

On a huge positive, KGB is available on ABC iView from January 1st, 2020, so you can nurse all those New Years hangovers with Jack, Nigel and the crew. Sadly, being a web series, you can get through the entire season in less than an hour.

So, after that, it’s hair of the dog.

I was also lucky enough to speak to Bjorn Stewart (Nigel) about everything KGB and more, to have a listen below.