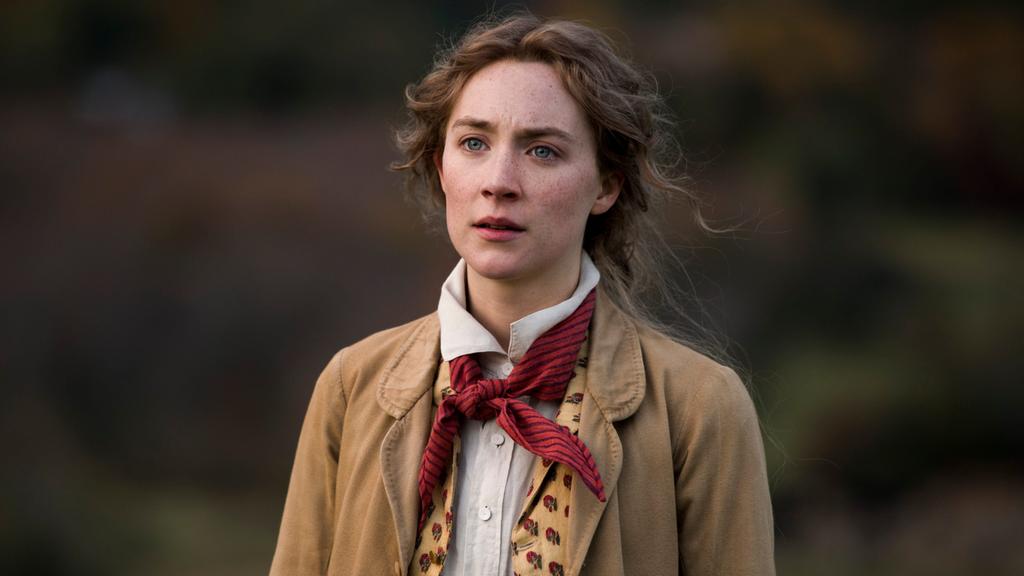 Little Women is equal parts endearing and poignant, prepare to get sucked into the eloquence of art and quaintness of life of the mid 1800’s and into the lives of March girls (and be prepared not to want to leave.) Having begun her career with an interest predominantly in playwriting, Greta Gerwig has once again turned her attentions to film and her latest film Little Women  has made us all glad for it. It’s Gerwig’s first ‘big-studio’ debut, and her first signed contract in solo directing role (having been signed on before her actual debut into directing, Lady Bird). Her adoration for the world of Little Women, (first sired into literature in in 1868 in a novel by the same title by author Lousia May Alcott,) is evident.

It is a daunting task to look at a book so beloved and to stand in the shadow cast by so many other adaptations, but Gerwig shines. She stands out with a confidence and artistic flare, and just so, having told the studio upon being asked to write the screenplay that  “[…] no one else could direct it; I must direct it.” The narrative of female ambition, growth and family are woven deftly though the films progression with an attention to detail and fondness. Gerwig must be congratulated as though there is a sense of this softness, it in no way dimities the strength of the March girls or reduces their story to one of quaintness, the director herself seems to be channelling something of her own inner Jo.

The ensemble of cast members are seemingly made to star in this film side by side; we are introduced to Florence Pugh as Amy, Eliza Scanlen as Beth, Emma Watson as Meg and Saoirse Ronan as Jo, compromising the four March sisters while Laura Dern steps into the role of their mother, Timothée Chalamet as Laurie, their beloved neighbour and friend, and if you needed more convincing Meryl Streep makes an appearance too.

This telling of the classic features a series of flashes back and forward in time, relying on the audience’s attention, which is not a difficult burden to bare as a viewer when every detail of the film is immaculate. Fast paced scenes of young girls dashing to and fro in a flurry of period dresses and effervescence are contrasted against striking scenes of reality; poverty, sickness, war and the uphill battle of women with dreams. We are met with a contrast too between March girls, haloed in a golden-hued youth, paired with the difficulties that they also face in navigating the precipice of adulthood. They all forge their way forward under the unrelenting force of the progression of girlhood into womanhood and while the warmth of their mother draws them close, the sisters stark differences make them fierce individuals and turn them against one another. Jo resents Amy’s selfishness and regrets Meg’s leaving the nest but ultimately caves under her mothers warning that “life is too short to be angry with one’s sister”. Their affection, made so authentic by their cast’s evident chemistry, which is undeniable, will make you ache for a place beside them at their breakfast table where their grit is shared in equal measure with marmalade.

It would be an injustice to simplify  Little Women down into a mere coming of age story. The film also addresses the complexities of being a woman, both in the distinctive zeitgeist of the mid 1800’s and more universally, addressing female ambition and fury set against a canvas of softness and love. It does so too, without becoming melodramatic or shying away from the duality that resides in these human beings which are capable of such kindness and such cruelty. Scenes of the March girls giving up their Christmas breakfast to a much poorer family sit side by side with scenes of Amy burning Jo’s pride and joy of a self written novel and Jo’s raging retaliation. This side to the sisters seems to be a trait inherited, with Marmee counselling Jo after she declares quietly “I get so savage, I could hurt anyone and enjoy it,” with her own confession of,  “I’ve been angry every day of my life.” The spectrum of human emotions are explored, woven masterfully into the sisters as they grow up in a way that is unforgettably sincere.

There sits a prominent feminist point in the film, and while not glossed over in the slightest, it is hardly overbearing. Gerwig has found the balance between making her version of the March girls both modern in the conviction of their own rights and abilities, and evenly tempers it with the reality of the period. Faced with a marriage proposal and the pressure to follow in eldest Meg’s footsteps, Jo finds herself most in love with her own liberty. Saoirse Roanan captures both the anger and deep sadness of the role as she declares, “I’m so sick of people saying love is all a woman is fit for. I’m so sick of it. But I’m so lonely.” Youngest Amy, who has made a name for herself as the most self absorbed of the sisters demonstrates a family devotion and sharpness that is her own stepping out of adulthood when she schools Laurie with the a dismal but earnest:

“I’m just a woman. And as a woman, there’s no way for me to make my own money. and if I had my own money, which I don’t, that money would belong to my husband the moment we got married. And if we had children, they would be his, not mine. They would be his property, so don’t sit there and tell me that marriage isn’t an economic proposition, because it is.”

It is the eighth film adaptation of the book, one that pays homage to tradition and clears the way for contemporary reflection of modern society in it’s homely, utterly charming and unwaveringly honest world. Fans of the book and previous film adaptions will find Gerwig’s take on it refreshing and creative, breathing new level of depth into old favourites, particularly in the case of Amy, who stands as a force to be reckoned with in her own right. For those who have yet to meet the March sisters, Gerwig presents the perfect introduction. Though many comments have been made that the jumps seven years into the future and past may be slightly confusing to those less familiar with the tale (as the actors are not recast at their different ages) it is a film which may be simply enjoyed where one can apply an aesthetic appreciation for it’s construction. Gerwig does ask some effort for new audiences to ‘Little Women’, but in paying more attention you’ll also notice in the midst of a brilliant script and cast there lies exquisite costuming (by Jacqueline Durran, nominated for an academy award for the film) and production design (Jess Gonchor) – the March’s family home in the film as an actual replica of Louisa May Alcott’s family home! Gerwig is forging her way forward as a writer and director, her passion is undeniable and sits at the heart of Little Women so much so, that it will warm yours too.

Next of Kin Bluray Review