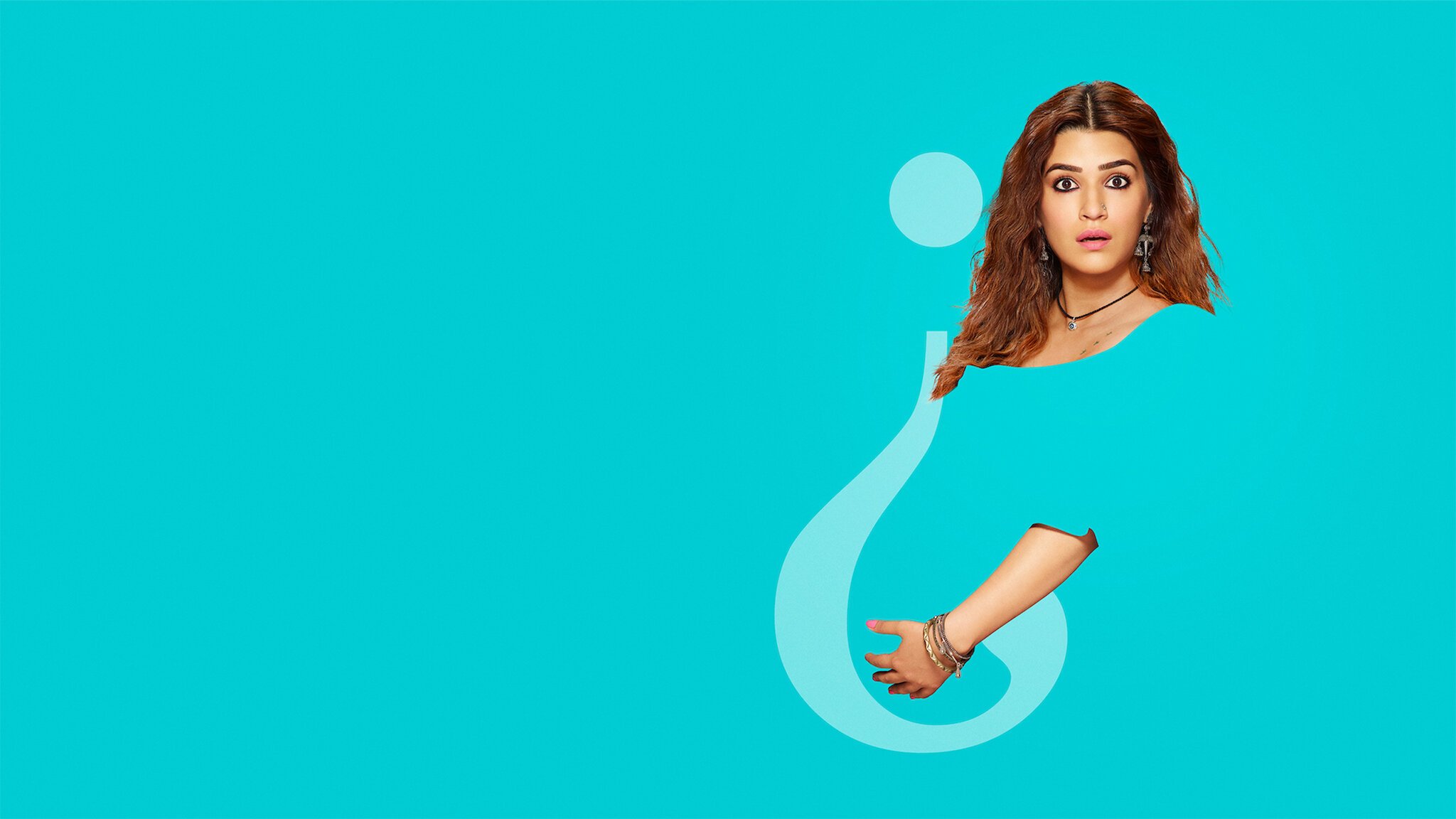 Mimi Review – An Emotional Rollercoaster About How Family is Family, No Matter What it Looks Like


There’s a basic structure to the mainstream Bollywood film: the first hour is all fun and lighthearted silliness; the second half rips your beating heart out from your chest, and then proceeds over the next hour or so to grind it into a quivering pulp.

This is probably why I prefer the second half of Dilwale Dulhania Le Jayenge (1995) and Fanaa (2006) where all the feels come home to feel. And even though Mimi (2021) is not your typical Bollywood film, being from the more socially conscious and frequently genre-focused Maddock Films, even though it lacks any big-name stars, that same structure is present to powerful effect.

The premise is this: an American couple comes to India in search of a young healthy woman to be their surrogate. At a tourist function, they see Mimi, a dancer and aspiring Bollywood actress, who fits their exact criteria. Their driver Bhanu is so moved by their infertility story, similar to his, and so enthused by the (new to him) technology of IVF via surrogacy that he takes it upon himself to recruit Mimi to the cause. The money they promise doesn’t hurt either.

Mimi is not so easily convinced. Her ambitions have nothing to do with the conventions of family and children. She has her sights set on Bollywood fame where she’ll be with the hottest guy – in this case, Ranveer Singh – and intimidate the hell out of the established actresses. No demure model of Indian femininity is our Mimi. The money convinces her, a relatively easy way (she thinks) to finance her dream. And what we, the audience, know is going to be a fraught emotional journey begins with a lot of fun and farce. Mimi and her dance partner friend Shama, together with Bhanu, make up a cover story to explain her impending nine-month absence to her parents. Mimi’s cravings and haywire hormones are depicted in quite lighthearted fashion for most of her pregnancy, and there are plenty of laughs to be had in Bhanu and Shama’s shenanigans to conceal her identity from Shama’s religious dad and the immediate community.

And then the second half begins. The fun and farce drops away and the drama comes in a distressing turn of events that addresses head on the Indian issue of genetic selection. I was entirely ready to get my hackles up at what I thought was going to be an anti-abortion stance but then the film utterly disarmed me by making a point about accepting a child with a potential disability. The social issues are plentiful, like the ever-present sense of India used as a farm by white privileged couples. The script has no qualms about portraying the economic advantages of surrogacy for Indian women as well as the social fallout of illegitimacy and family shame. The classic Hindi film theme of dreams versus duty goes particularly hard as Mimi makes heartbreaking choices that affect Shama and Bhanu and her own parents. Things are said that feel horribly true and go like daggers to the heart, particularly that of a desi child, steeped as we are in guilt and obligation and horribly complicated love.

Mimi’s parents are the very reverse of the modern Indian family, not necessarily bigoted but certainly traditional and very conscious of their social standing which makes for a marked degree of revulsion when viewed from the outside. Happily, the resolution of the family tension comes from a wonderfully unexpected direction while the main plot proceeds with some dread towards more angst and heartbreak.

The legal ramifications startled me at least in my ignorance of surrogacy legislation, whether or not specifically Indian, and the moral dilemma is thoroughly absorbing. Race comes into interesting play, most obviously with a hilarious and no less pointed sequence addressing colourism in Indian society. That could have been more forceful but still felt valuable and necessary in a Hindi film. Next year marks seventy-five years since the British left India, so there’s a weighted dissonance to the sight of a white child running around in the midst of an Indian family, an eerie illustration of what once was and what now is quite different. I read somewhere that it takes a hundred years after independence for a country to fully recover from the trauma of colonisation. I don’t know how true that is, I wish I could find that quote again, but it always echoes in my head when thinking about either India or Australia. With that potent image of white child in brown family, the film spends a good deal of time depicting the gradual formation of a found family, how this child affects them all in ways they don’t necessarily anticipate.

It’s a richly nuanced story, possibly too much by Western standards but entirely expected from a Hindi film, with a solid ensemble cast centered around Kriti Sanon who is given so much scope with Mimi’s character arc and rises wonderfully to the challenge. There’s a long mesmerising moment with only incidental score where she gazes at the face of her newborn child — with so much ambivalence and puzzlement, and the eventual slowest dawning of wonder. It’s one of several small valuable moments in a performance of fun and ferocity and quite affecting emotional turmoil. I found myself with Mimi, slightly side-eyeing her, and also wanting better for her through the whole film, at one point relating painfully even though I have never been and never will be in that situation.

Supporting her as Bhanu is the always appealing Pankaj Tripathi, a stalwart in the Maddock actors repertory and a bit of a chameleon who switches between menacing and adorkable and sometimes damned near unrecognisable types. His performance here is the gentler kind, a lovely blend of sweetness and humour and justified outrage. And unlike other people in the cast, he never ever ever overplays. There’s a sadness to Bhanu that’s a constant quiet reminder of his own infertility unhappiness, so much so that I fully expected the plot to go quite different to how it did.

Unexpectedly and contrary to Hindi fillum standards, there is no romance angle at all. I actually didn’t realise that until after it ended. It would have been such an easy fix if some pretty boy – probably Rajkummar Rao who is clearly Maddock’s shining star and also the prettiest – came into the picture, fell in love with Mimi and, after a token shock and breakup, returned to adopt the bachcha as his own and marry Mimi into respectability. Mad props to the filmmakers for refusing to go down that path.

If anything, I found myself lowkey shipping Shama and Mimi but of course there was nothing overt or even covertly queer in their relationship. “They’re just good friends” who hold each other and comfort each other and laugh and dance and sing and live together and raise a child together. No big deal. Sai Tamhankar, an actress more associated with Marathi language films, brings wonderfully fierce conviction to the somewhat thankless role of Shama. She has an excellent throwaway line about lack of community support for certain women that comes out of nowhere and rocked me back a little.

The American couple played by Evelyn Edwards and Aidan Whytock were a pleasant shock in terms of their acting. Usually white people in Hindi films are ghastly in so many ways for whatever reasons, but these two nailed the emotional gravity in every scene. Evelyn Edwards’ Hindi was so much better than mine I felt slightly ashamed but managed to get over that quick enough.

The resolution came as quite a shock to me but then it also forms a beautiful symmetry in terms of race and child welfare issues and made me at least rather happy. Possibly it’s a little abrupt an ending but frankly after the two-and-a-half-hour emotional rollercoaster of a Hindi fillum, maybe that’s a good thing.

Though it’s not as high octane and hyperreal as your typical Bollywood movie, the colours are vivid and the production design the correct level of realism without being distracting or depressingly mundane like desi arthouse film. As you would expect, the songs are poignant. I found the choreography of Mimi’s introductory dance number surprisingly good but then I mourn the Farah Khan decades of flawless choreo – every number since has been awful in comparison.

This is Laxman Utekar’s third film as director, and his assurance shows in the handling of an ensemble cast with a rich script around a complicated topic. Maddock Films’ unabashed commitment to socially progressive stories with an often-feminist focus continues to impress, even if sometimes the movies aren’t very good. The standard opening disclaimer to Hindi films these days about not intending to offend any group or people or religious belief almost turns cheeky when it’s appended to a Maddock production because the story to come totally aims to overturn some harmful belief or stereotype. Or in the case of Mimi, a whole slew of them. Bless.

Mimi is currently streaming on Netflix and would make a great double feature with Instant Family, about found families and how a family is a family, no matter what it looks like.