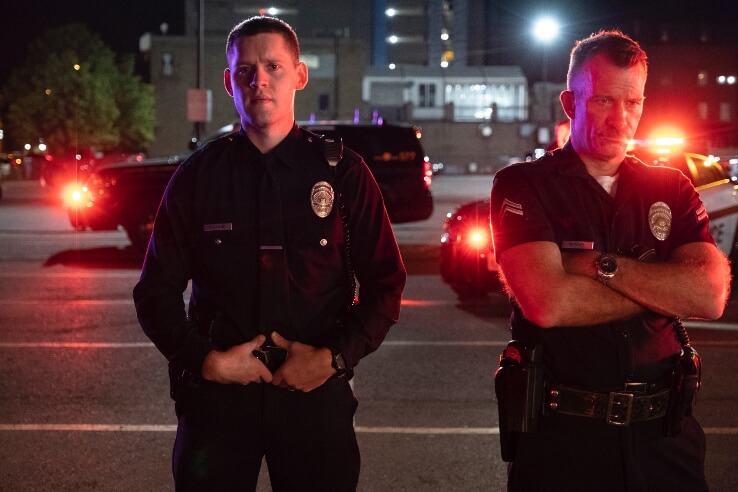 “People sleep peacefully in their beds at night, because rough men stand ready to do violence, on their behalf; and they will fucking hate you for it” – Ray Mandel, Protect and Serve

Protect and Serve, also known as Crown Vic, follows veteran police officer, Ray Mandel (Thomas Jane) on his first night as a training officer. His ‘boot’ (slang for rookie) is young police officer (and the son of a legend cop) Nick Holland (Luke Kleintank). As the experienced, calm and collected Ray and the young, sure-of-himself but still nervous Nick trace around their patrol area they encounter call, after call, they continue to hear through the radio about a pair of cop killers making their way across town, closer and closer to Ray and Nick’s zone.

Protect and Serve is not your typical cop movie.

Sure, it is filled with a lot of the same clichés you find in typical cop movies, officer misconduct, assault, false calls etc, but it does not try to overdo it. I’m no cop, and I have never been on a ride along (do they even do them in Australia?), but I felt like Protect and Serve was the closest to being on a ride along as a film could be. It’s dark, it’s gritty, the dialogue felt real; it wasn’t guns out at every moment followed by walking away from huge explosions.

But as someone who doesn’t trust police in real life (not that I think they’re all bad people, I just think it’s a corrupt institution), it also didn’t do anything to help me change my viewpoint. Protect and Serve does not glorify cops, it does the opposite. In turn, it sets up quite the dilemma as it nearly reinforces the negative stereotypes derived from the horrible Youtube and Facebook videos we see almost daily, while also reminding of the need for a police department as well.

As in most cop movies (aside from dirty cop movies), there is a distinct code that most of them follow to protect one another, and it’s true here. It’s cops protecting cops. It’s also cops doing what cops want to do. Ray Mandel for example, played by Thomas Jane in a decent performance and with a cool ‘stache, protects the daughter of his partner of a decade, who was killed on duty. While he is calm and collected, he still does not hesitate to do whatever he needs to do to ensure that protection is in place.

But then what does that say about his ethics and morals? Throughout much of the film he seems like the type of cop you want protecting your neighbourhood, but when it comes to what he cares about, he does what he wants. Does his calmness make him a better cop, because he is in control and isn’t lashing out, or does it make him worse because he knows exactly what he is doing? It surely creates a dilemma for Nick, with Luke Kleintank delivering what is the second excellent performance for this Protect and Serve.

Bridget Moynahan, David Krumholtz and Josh Hopkins all appear in small supporting roles; and they all add quality to the film. Krumholtz and Hopkins in particular as a pair of, for lack of a better word, lunatic detectives really help lift Protect and Serve, yet again helping to reinforce that negative stigma that surrounds the police.

Writer/Director Joel Souza did a great job here. While it’s not a blockbuster film, and hardly the fun-ride you want from a b-grade action film, it has a certain quality that really absorbed me into the film – which was an effect (intentional or unintentional I don’t know) that I really appreciated. 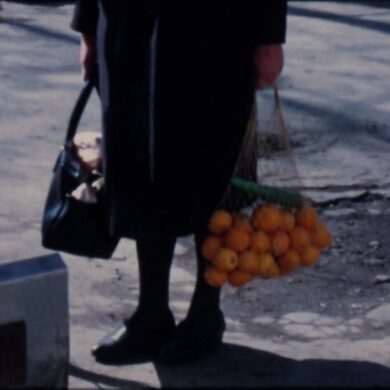