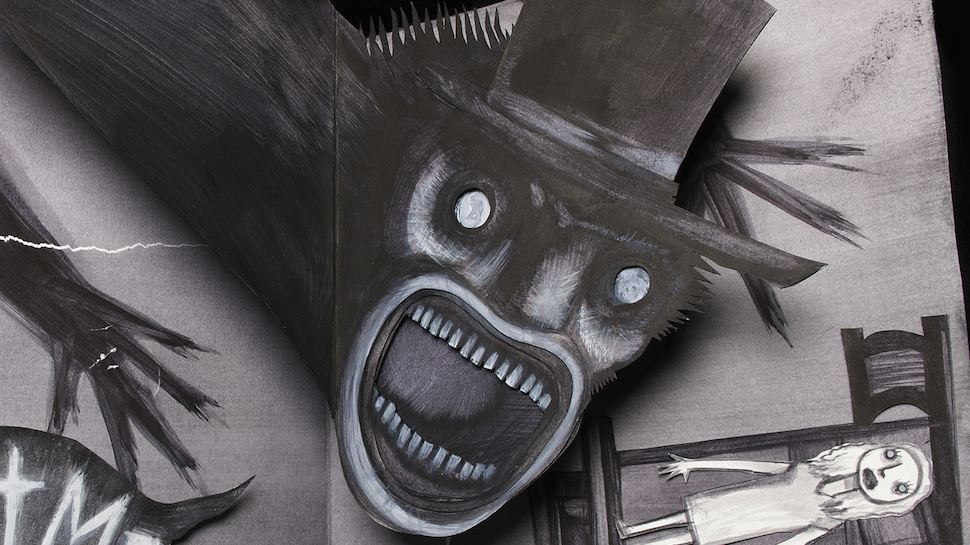 What do want from a horror film? When you see a poster or a trailer for the latest wide-release horror movie, what makes you want to see it? A particular leading actor or actress? Established credibility from the director in the genre? Or did it just look pretty scary from that one trailer? Are you just always scared of ghosts and clowns? The answers are as various as any opinion of course, but a better question is: how do you want a horror movie to make you feel?

I’m never looking for one to scare me in any jumpy, cheap way. The best horror movie experiences, to me at least, are ones that can sink its dark and terrifying ideas into my brain, filling it with a deep terror that never stops me thinking. The Babadook is that horror movie. Something that stopped me and MANY critics dead in our tracks and made us think in silence the sheer scale of what writer-director Jennifer Kent is trying to say.

The Babadook was released in 2014, making $7.5 million against a $2 million budget, and was acclaimed by critics. It tells the story of Amelia, an exhausted single mother and widow, struggling to raise her fragile six-year-old Sam. Amelia’s husband Oskar was killed in a car accident that occurred as he drove Amelia to the hospital during labour for Sam, so there is a growing part of Amelia that starts to resent her own son for having a life while her husband does not.

This idea of resentment of your child is established quite quickly, informing both Amelia’s deteriorating mindset and the encroaching terror that befalls this family. Sam is also not so innocent, somehow being connected to an imaginary monster called the Babadook. Slowly, over the course of the story, this monster becomes more and more apparent in their lives, haunting every waking hour, causing terrible insomnia for both mother and son, inciting unconscious violence, and sudden and drastic mood swings.

If it is not clear by now what The Babadook is really about, then prepare to see the film again. The Babadook, like all the true horror classics, use the tools of the genre to deliver an important theme in a thrilling and sometimes unconventional way. The Exorcist is about the loss of faith and Catholic guilt, Rosemary’s Baby taps into the fears women go through when pregnant, Alien is about sexual violence, the families in The Shining and Poltergeist being victims of spiritual revenge for acts of genocide and commercial ignorance, Nightmare on Elm Street 2: Freddy’s Revenge is about the panic of being a closeted homosexual (I’m not even kidding about that one).

The metaphor is a little more obvious by the end, with Amelia literally feeding the chained up creature, while still enjoying her life as a mother. Anyone who has suffered from or still has depression will tell you that the actions or symptoms that Amelia expresses are exactly akin to depression and other mental health disorders. Sure, it seems convenient to say that all the demon stuff with the Babadook making noises and creeping on people was all imaginary, but that does not make it any less scary.

The idea of darkness, pure darkness, lurking in every corner of your mind, corrupting you until you want to murder your own child, that is the scariest part. When you have it, when you have let it fully in, depression is everywhere, hanging over like the black cloud, following you like the black rhino, and turning you into someone you’re not.

So by the end, The Babadook sends the right kind of message for dealing with depression: understand it’s not going anywhere, but don’t let it control you. Fight it, resist, let it exist because you can’t rid yourself of it. Amelia has this moment of realisation in the end, and will continue to fight the Babadook. Her son will grow up with love always, even in a world that literally and figuratively is coloured black, white, and all shades of grey. The Babadook is a horror masterpiece, one of the defining Australian films for showing our homegrown storyteller’s raw ability to be truly different, and will endlessly haunt you with its ideas of lurking depression. And that’s ok. We can all fight it if we are strong enough.