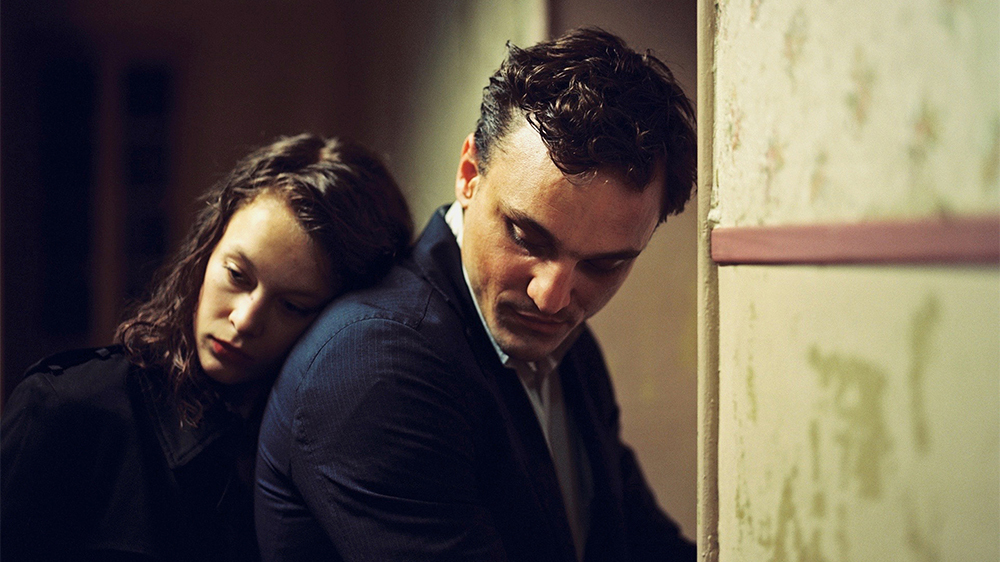 The scope of Transit‘s narrative is equal parts circumstance as it is consequence, with German man Georg (Franz Rogowski) adopting the identity of a deceased writer who has permission for passage to Mexico. Georg’s survival is dependent on his ability to portray the writer when present at the immigration, however, his escape is compromised when Marie (Paula Beer), the widow of the deceased writer Georg claims to be, comes into contact with him.

Going in without prior knowledge of Anna Seghers’ 1942 novel of the same name, it is too quickly apparent the events within 2018 German-drama Transit parallel those from WWII. The experience of living in terror under constant fear of ethnic cleansing, is worn on the faces of each cast member as they navigate risky decisions that risk their capture, if not murder.

The manner which characters go about their survival is both complex and stimulating. Georg is continuously troubled by the effects his actions have on those caught in his lies, which is exacerbated as he becomes close to Marie. His life is dependent on this charade. The increasing possibility of Marie discovering his lie puts his plans (and life) into greater jeopardy than it was already in.

Despite his lies, Christian Petzold succeeds in not presenting Georg as despicable, with Georg’s arc in the film changing from being a man motivated by his own survival to someone weighed down by the pressure of his lies and how they affect those closest to him. This is further testament to the talent of Petzold and his ability to maintain a sense of dread and tension throughout Transit.

The literary feel of Transit is developed courtesy of in-depth storytelling, well-roundedness in character development, and the continued exploration of events having reactions on all involved. Narration accompanies the film throughout as a way for characters to internalise the trauma of those bound by injustices and the internal struggle they must battle with when deciding to act, or not, at the hands of life-threatening situations.

Rogowski is first class as a civilian doing what needs to be done to survive treacherous times and is balanced out by Beer whose optimistic belief her husband is alive, and the lengths she will go to risk her safety to find him, are sure to break your heart.

It is hard to ignore an experience indebted in Jewish culture is absconded in Transit, with the removal of the Jewish plight done-so to highlight how prejudice transcends into now yet by doing so inadvertently disassociates the film from the important history it is based on.