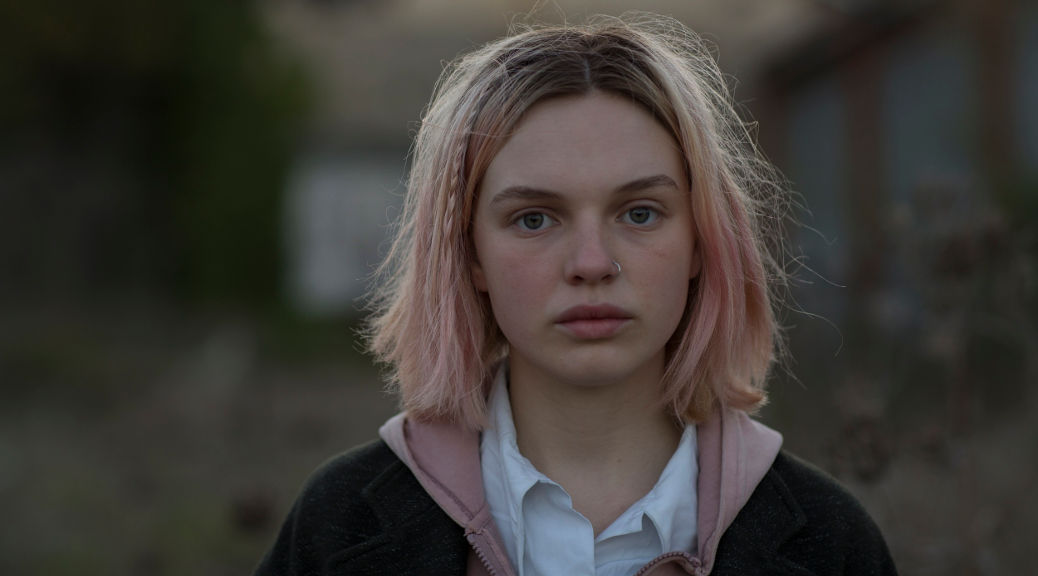 The Daughter is an exquisite rendering of Henrik Ibsen’s The Wild Duck set in a small logging community in rural NSW, Simon Stone’s first feature is remarkably assured as it transposes Ibsen’s tragedy to a small town that is filled with failure and secrets.

Geoffrey Rush plays Henry the industrialist patriarch of the town — a mill owner whose actions over the years have been less than ethical on both a business and personal level. When he decides to marry his young housekeeper, Anna (Anna Torv), he summons his estranged son Christian (Paul Schneider) from his home in New York to attend the wedding. Many years previously, Christian’s mother committed suicide over Henry’s inattention and philandering nature and the relationship between the two men irrevocably fractured. Christian’s return is bitter and filled with resentment. He is also battling his own demons that will soon be the catalyst for great tragedy, with his refusal to allow the past to die meaning he will destroy the lives of all around him in a misguided act of “truth telling.

Oliver (Ewen Leslie) lives with his wife Charlotte (Miranda Otto) and daughter Hedvig (Odessa Young) in the small community, sharing their property with Oliver’s father and Henry’s former business associate Walter (Sam Neill). Despite having the potential to move beyond being a blue-collar worker, Oliver lives in contentment with his family and dotes on the brilliant and luminous young Hedvig in whom he invests his own unrealised dreams of a successful professional career in law or an equally prestigious white-collar industry.

As the story unfolds it becomes clear that Walter, whilst working for Henry, committed fraud (it is implied at Henry’s bequest) and was sent to gaol. It was seeing his father pilloried on national television that drove Oliver out of the city and university and back to the small town where he took a job at the mill.

Despite his unrealised dreams Oliver considers himself uniquely blessed. He is deeply in love with Charlotte and besotted with Hedvig. Even as the mill closes and he is put under inordinate pressure to find a new source of income he remains sanguine in the knowledge that, at the very least, he has an unbreakable family unit.

Christian’s return explodes Oliver’s life as he makes the connection that Charlotte was once the housekeeper at Henry’s and is the woman that had an affair with him leading to the suicide of Oliver’s mother. At first Christian tries to subtly get at the truth of the matter, but as his own personal life disintegrates around him with his wife Grace back in America having left him, he drunkenly and aggressively forces open doors that have been closed for many years.

The Daughter has a sensitivity and quietness that can sometimes be lacking from Australian cinema. It is a character study foremost and the performances of the main cast provide the heft of the narrative. Anyone familiar with Ibsen’s play will have some awareness of how the events will unfold, yet Stone directs the action with a slow burning hand which allows the characters to relate the narrative in an absolutely absorbing manner. Stone first worked the piece on stage before transposing it to film. However, the transposition from stage to film doesn’t render the piece uncinematic. It is captivatingly shot by Andrew Commis (Girl Asleep and 20,000 Days on Earth) with the lush forest areas of the small town expressing a sense of sensuality and melancholy that echoes the character’s inner lives.

Sam Neill provides a remarkable performance as the sensitive but damaged Walter. Walter creates his own sanctuary of damaged animals that he nurses back to health. In this sanctuary is a wild duck, shot and wounded by Henry, that he nurses with Hedvig’s assistance. The metaphor may be a little unsubtle that Walter has been cleaning up the mess left by the careless and cold Henry for many years.

Ewan Leslie is devastating as Oliver, a man whose life is ripped asunder in by Christian’s revelations. In the play, Christian’s character (Gregers) acts under the moral imperative that the truth must be out for Oliver (Hjalmar) to be free and live with purity. In the film, Christian’s motivations are muddier. His rage at his father, and return to alcoholism, leads him to lash out against what he sees as a contentedness that his father doesn’t deserve. However, when he makes the decision to reveal Charlotte’s past as Henry’s housekeeper and cast doubt over Hedvig’s paternity, he does so knowing that he will destroy Oliver’s family in the process. Leslie deftly captures Oliver’s descent into hell with a tour-de-force performance.

The lynchpin of the film, however, is the magnificent Odessa Young as Hedvig, who perfectly captures the fragility and promise of a clever and sensitive teenaged girl. Due to the mill closure her world is quickly shrinking with her friends, and eventually her awkward boyfriend Adam (Wilson Moore) being forced to leave the community and find work elsewhere. When her family unit is destroyed and she is at a loss with how to cope. At one stage she mistakes Christian’s solicitous behaviour for seduction and tries to kiss him. When Christian reveals that they are indeed probably siblings, Hedvig’s palpable desperation to once again be Oliver’s daughter is played out in a tragic and superbly acted scene. Indeed, Young doesn’t make a single misstep in terms of her work which is revelatory in its power.

The weakest part of the film is Rush’s performance. There is little to hold on to in the way he plays Henry. In every scene he appears in he is dwarfed by the other performances. Against Sam Neill’s Walter in the pivotal moment where the men communicate onscreen for the first time, Rush is as wooden as the forest background. Schneider’s Christian also seems to encounter little to bounce off when he confronts Henry. Perhaps the intention of the filmmaker was to make Henry remote and patrician, but I doubt it was to make him almost wholly absent. It stretches the suspension of disbelief that both Torv’s Anna and Otto’s Charlotte could find such a man irresistible, or that he was worth the life of Christian’s mother.

The Daughter was nominated for several Australian based awards and Odessa Young, Ewan Leslie, Sam Neill, cinematographer Commis and director/writer Stone sweeping up a slew of well deserved gongs. At this juncture I will also note the subtle and melancholy score by Mark Bradshaw who worked on Jane Campion’s wonderful film Bright Star.

A powerful and atmospheric film which lingers and disturbs with its finely crafted mix of emotional pace and exquisite performances.

Writer: Simon Stone, (based on The Wild Duck by Henrik Ibsen)