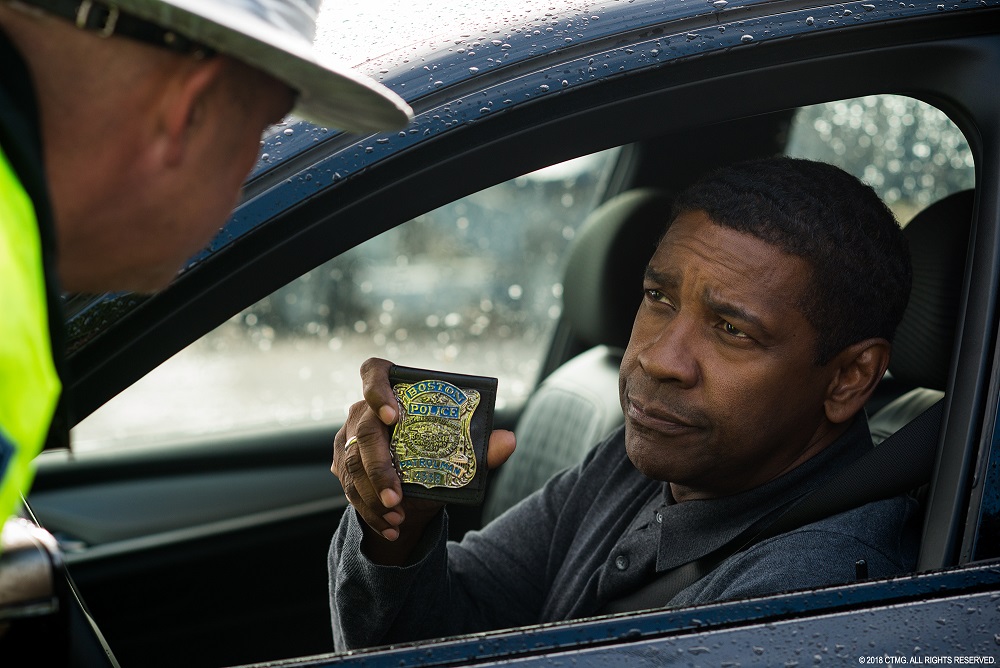 Director Antoine Fuqua, who blessed us with such actioners like The Replacement Killers, Bait, Shooter, Training Day (which helped secure Fuqua regular Denzel Washington a Best Actor Oscar), and The Equalizer returns with his first sequel. The Equalizer 2 stars Fuqua’s dependable Denzel Washington (also in his first sequel) as the military trained good Samaritan Robert McCall.

When McCall’s only friend and one of two people that even know whom he really is (a highly lethal Ex-CIA Operative whom now helps people in need), Susan Plummer (the fabulous Melissa Leo), is murdered while on an investigation in Turkey, it is left up to McCall to fight for justice, or more like revenge. McCall reveals himself to former army buddy and Susan’s partner at the time of her death, Dave York (Pedro Pascal), and together they team up to investigate the crime.

An interesting, and thoughtful, side plot is that McCall is also helping an older Jewish gentleman by the name of Sam (Orson Bean) to retrieve a painting, which was stolen when he was separated from his sister during World War 2. Ever the good Samaritan, McCall  also helps a young African-American man named Miles (Ashton Sanders) stay away from the gang life.

Denzel Washington is one of the finest actors to have ever lived. He always nails a role, and Robert McCall is no exception, displaying charisma from beginning to end. If you don’t like Denzel, you don’t like film, it is as simple as that. Melissa Leo is also great as Susan, she may be aging but is still tough. The fight scene before her death showcased not her ability as an actress but also the toughness of her character.

Bill Pullman as Susan’s husband Brian is also great, he has a certain sadness about him and is as a dependable actor as anyone. Pedro Pascal as Dave York does not fare so well as he is almost out of his league acting alongside Denzel Washington. While Pedro was amazing as Oberyn Martell in Game of Thrones, in one particular scene I felt I could almost see Pascal struggling to show emotion. In the moment where he discovers that McCall is alive, it almost impossible to see any emotional range, Pascal’s face appears to be full of Botox which may have been the issue.

All of Fuqua’s films contain great action sequences, he is a fantastic director and reminds me of F. Gary Gray (The Italian Job, The Negotiator, A Man Apart). The film begins well, it starts with McCall in action, helping the needy and rescuing the helpless. The fight scenes are well choreographed, well edited and well-paced. Fuqua has worked with Washington on four films, he has surely learnt the best way to get the most out Denzel’s ability. One of my favourite parts of both of The Equalizer films is how McCall times himself with his watch as he eliminates his enemies, showing his efficiency with his well-honed skillset. Unfortunately, once the film enters the second act it really begins to lack pacing and emotional connection. We get to know Sam and Miles during the first act, what McCall is willing to do for them, and we understand why. I connected with and cared about them. However, once it becomes about McCall’s revenge I lost interest. I found myself wondering if after all is said and done, will Sam get his painting back.

The climax was also over all too quickly. It seemed like from the second act onward there was 45 minutes of nothing, wrapping up all too quickly with 10 minutes of action. It was really good action, but not so good that I forgot how long I had to wait for it.

The Equalizer was a great action film. The Equalizer 2 however was a boring film with some great action. Good performances, periodically solid action, and some interesting side characters but that does not make up for the overall bland feeling.